Opinion: Hard to believe, but ICBC premium actually went down

Whenever government announces it’s going to make things more affordable, that it’s going to leave more money in my pocket, I tend not to end up a whole lot better off.
Sep 10, 2019 3:05 PM By: Ted Murphy 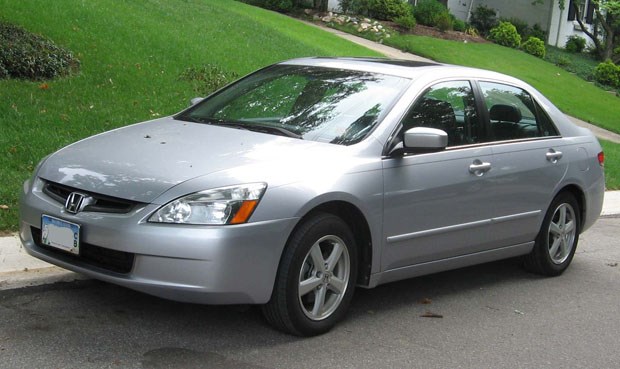 Delta Optimist Ted Murphy can occasionally be seen behind the wheel of a 2004 Honda Accord not dissimilar to this one.Wikimedia Commons

Whenever government announces it’s going to make things more affordable, that it’s going to leave more money in my pocket, I tend not to end up a whole lot better off.

Maybe it’s because I’m too average to benefit, that the help is often geared at those who really need it or those who can afford to buy influence. Perhaps it’s because the amounts are too insignificant to notice or they’re quickly eaten up by costs rising in other areas. Whatever the case, it’s hard to remember drawing a direct line between a government decision and my wallet, at least in a positive way.

I drive a 2004 Honda Accord. I don’t provide that information to brag or flaunt my wealth, but rather to set the scene for what I’m going to tell you.

Last September I paid $1,899 to ICBC for the privilege of getting behind the wheel of my luxury ride for another year. I thought that was rather steep given I’ve been driving for 35 years without an accident claim and, due to the fact I walk to work, the car is only insured for pleasure use. I realize insurance is as much about liability as it is the vehicle itself, but paying almost two grand to insure a vehicle that Craigslist would peg at somewhere in the neighbourhood of $4,000 seemed excessive.

With my insurance due in early September, I was one of the first to give the new ICBC rate structure a whirl. The idea of putting greater onus on those who are driving up costs while cutting a break to those who aren’t a drain on the system sounded promising from my perspective, but I still wondered whether the “dumpster fire” that is our public insurer could actually lower my premium after steadily increasing it year after year, good driving behaviour be damned.

To say that I was pleasantly surprised when I was told my total would be $1,602 is an understatement. Given the friendly agent from BCAA didn’t even look at my car, the almost $300 in savings had nothing to do with the depreciation caused by the dog’s claws finally springing leaks in the back seats and everything to do with the new rate structure.

Government had finally made a decision that benefitted my bottom line, which must mean it’s only a matter of time before another move takes it away.