B.C. to determine which essential workers will receive Oxford-AstraZeneca vaccine

VICTORIA — British Columbia's top doctor says the Oxford-AstraZeneca vaccine will be given to first responders and essential workers, but the province still needs to determine which industries will be included. Dr.
Mar 4, 2021 5:00 PM By: Canadian Press 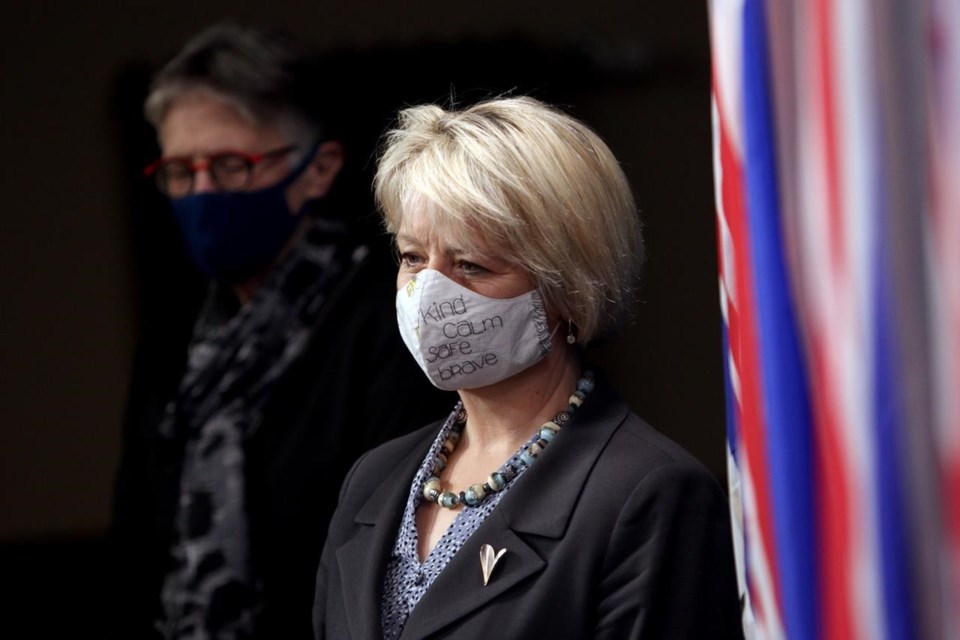 VICTORIA — British Columbia's top doctor says the Oxford-AstraZeneca vaccine will be given to first responders and essential workers, but the province still needs to determine which industries will be included.

Dr. Bonnie Henry said the first shipments of the recently approved vaccine are expected in the province next week and they represent an "added bonus" that will allow B.C. to run a parallel program to its age-based vaccination strategy.

However, she noted essential workers and first responders are a "very broad group," and the B.C. Immunization Committee is now reviewing who should be prioritized to receive the vaccine and when.

"We've come to recognize through this pandemic how many people absolutely are essential workers, are people who cannot work from home," she said at a COVID-19 briefing on Thursday.

The committee is the provincial equivalent to the National Advisory Committee on Immunization and uses public health principles, vaccine science and an ethical framework to reach decisions on vaccine distribution, she said.

Henry said she expects the plan will be finalized around March 18, and in the meantime, the initial supply will be used to address ongoing outbreaks that are leading to rapidly increasing case numbers in some communities.

She also apologized to long-term care residents and health-care workers whose second dose of the Moderna or Pfizer-BioNTech vaccine was suddenly postponed this week after B.C. decided to extend the gap between the first and second shots to four months.

"I know that came as a shock for many people. I regret that our communications weren't able to keep up as fast as the decision-making," she said.

Henry said the decision was not taken lightly, but it needed to be made quickly last weekend because the province was approaching a time when tens of thousands of second doses were scheduled to be given.

That would have left the province with very little vaccine to protect other community members, she said.

“That dose you didn’t receive on Tuesday, or Wednesday, or today, is now being administered to a community member, to another member of our family," Henry said. "Ultimately it will bring us all closer to getting to our post-pandemic world."

Henry reported 564 new COVID-19 cases and four additional deaths, pushing the death toll linked to the virus to 1,376. Two of those who died had variants of concern.

There were 46 new confirmed cases of variants of concern, bringing the total to 246. The majority of those cases, a total of 218, are the variant first found in the United Kingdom, while 28 are the strain first detected in South Africa.

A private school in Port Coquitlam has shut down for three weeks after exposure to a variant. Fraser Health said it was working closely with Archbishop Carney Regional Secondary School and it will reopen March 29.

The province also released Thursday a written strategy on rapid testing, which says the tests will continue to be used in community settings, in situations where quick results are needed to guide immediate public health action and in areas with increased risk of transmission or outbreaks.

Henry said B.C. started to receive rapid tests in October, but it needed to do quality assurance in November and December before starting to use them. Since then, the province has done 39 pilot projects, including in long-term care facilities and rural and remote locations, she said.

Rapid tests have also been used to supplement the gold-standard polymerase chain reaction tests in schools, for example when a variant of concern was detected in Garibaldi High School in Maple Ridge, she said.

She said health officials have learned that rapid tests are less useful for screening people without symptoms, and more useful in areas where there is an outbreak or community transmission is higher.

The rapid tests are low-cost, but they need to be done in a health-care environment and are also less accurate than the gold-standard tests, she said.

As the province moves into a time when it is vaccinating more people and starting to open things up, it's looking at which industries might benefit from having rapid tests available, such as food processing plants where outbreaks have happened, Henry said.

"We are in a new place right now in our COVID-19 pandemic," she said. "We're getting our regular supply of vaccines and more vaccines are on the way."

— By Laura Dhillon Kane in Vancouver.

This report by The Canadian Press was first published March 4, 2021.