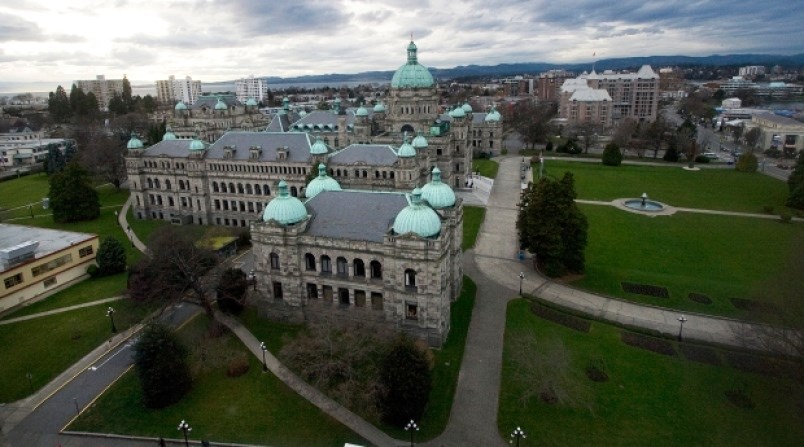 The Finance Ministry said as of Saturday night, the government has approved over one million applications for the benefit, representing 1.5 million British Columbians and $682 million in payouts.

Ralph Folster is banking on the $1,000 B.C. recovery benefit to pay for vital medication that’s not covered by Pharmacare. The 55-year-old, who is on disability assistance, is among the hundreds of thousands of British Columbians still waiting to receive their recovery benefit as the government struggles with a massive backlog in cases.

Folster, who lives at Sitkum Lodge, a Vic West apartment building for seniors, said he applied for the recovery benefit when applications opened on Dec. 18 and still hasn’t seen any money in his bank account. Folster, who has Type 1 diabetes, receives a disability pension but struggles to pay an additional $100- to $200-a-month for medication that’s not covered, including a certain type of insulin.

Folster voted for the B.C. NDP government, but now he fears that the party is breaking its election promise to have the COVID-19 recovery money in people’s bank account before Christmas.

“People like me are suffering,” he said, noting he’s talked to several seniors in his apartment building who are in the same boat. “People like me need this money to survive.”

The ministry pointed out that as of Saturday night, the government has approved over one million applications for the benefit, representing 1.5 million British Columbians and $682 million in payouts.

The ministry said five days after applying, if individuals received a confirmation email that their application was received but not an approval email or denial letter, it means their application can’t be verified automatically and additional information is needed. Most applicants will receive a request for additional information within a few days of applying, the ministry said, but this could be delayed if applications need further review.

Folster said he has not received a request for additional information and he has no idea why his application, which he’s sure he filled out correctly, wasn’t automatically approved. When he called the hotline set up to apply by phone and field questions, which is 1-833-882-0020, the person who answered wasn’t able to give any information about his file.

The Finance Ministry said automatic verification of applications might not happen for several reasons, including a change in marital status, numbers provided not matching information the government has on file, errors in an application or transposed numbers. The ministry also said it might not have access to an individual’s Canada Revenue Agency data if they moved to B.C. in 2020.

Finance Minister Selina Robinson was not available for an interview, but her ministry said in a statement: “We understand the frustration some people are feeling about their application status.”

About 150 people in the Ministry of Finance have been reassigned to help with manual reviews, the statement said.

Premier John Horgan said last week that “there’s always room for improvements” in the roll out of the program but he touted the fact that more than 1.4 million British Columbians have been approved for the benefit.

B.C. Liberal finance critic Mike Bernier said he’s heard from hundreds of people who are frustrated because they have not received their recovery benefit.

He said the people already receiving disability payments or social assistance should have automatically received the recovery benefit because the government already has their financial information.

“Unfortunately some of the people who need it the most are left waiting,” Bernier said.

The opposition Liberal party voted in support of the recovery benefit, expected to cost the government $1.7 billion; Bernier has been critical of how the program is being rolled out.

Bernier has criticized the government over the fact that the recovery benefit won’t help people who have been hit financially due to COVID-19 because eligibility is based on a person’s 2019 taxable income which doesn’t take into account losses after the pandemic began in March 2020.

Robinson said in the legislature in December that if the province waited for CRA to finish people’s 2020 taxes, the recovery benefit wouldn’t make it to people’s bank account until summer or fall.