A lack of details has left civil rights and Indigenous rights groups, along with police, concerned.
Apr 23, 2021 3:58 PM By: Nicholas Johansen / Castanet 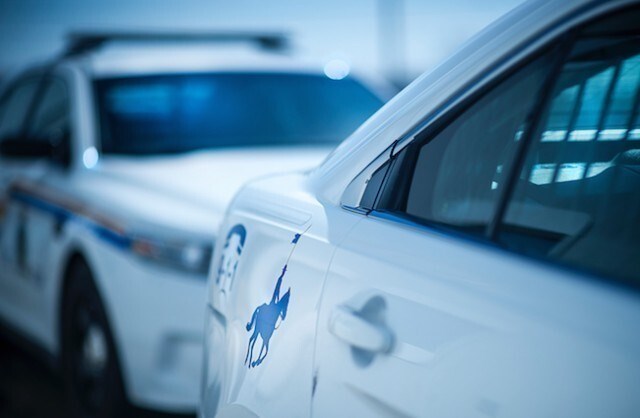 Many were left with more questions than answers after the province's announcement about new non-essential travel restrictions between the Lower Mainland and the rest of the province Friday morning.

Minister of Public Safety and Solicitor General Mike Farnworth said the restrictions, which carry a $575 fine, are effective immediately, until May 25. And while he said police will be enforcing the new order with “road checks," he said further details on this enforcement won't be disclosed until next week.

This lack of details has left civil rights and Indigenous rights groups, along with police, concerned.

“Our major concern with this order is related to its enforcement measures,” said Harsha Walia, executive director of the BC Civil Liberties Association (BCCLA).

“Especially at a time of increased public scrutiny about systemic racism in policing, it is alarming that we now have three public announcements in the span of one week about increased police enforcement powers, but we still do not have details about the scope of these policing powers.

“We continue to have several concerns regarding the serious constitutional and privacy issues at stake, as well as the potential harmful impacts of this order on Indigenous, Black and racialized communities.”

The BCCLA's policy director Meghan McDermott said the province is expanding the scope of the police's power, while “the public still has no answers about what precisely to expect and what their rights are if stopped by an officer seeking to enforce this order.”

“What is the permissible scope of questioning that police will be authorized to conduct? Does a person have to answer questions about where they are going? Do they have to show evidence about their travels? How will the provincial government ensure that police will not use these expanded police powers as a pretext for other law enforcement actions? Will police be retaining or storing any information they collect in police databases?” McDermott added.

Eleven B.C. organizations, including the BCCLA, have written an open letter to the B.C. government outlining their concerns, after they were not consulted.

“First Nations in B.C. have been tirelessly asking to be at the table on any discussions regarding travel in and out of their territories to no avail,” said Chief Don Tom, vice-president of the Union of BC Indian Chiefs. “We are highly concerned about the rapid spread of COVID-19 in B.C. and we want everyone to stay home if they can. However, the Province must follow proper process and develop orders that uphold the human rights of Indigenous peoples.”

Police are also concerned about the lack of details in Friday's announcement.

“Many of our members are opposed to this proposal as it puts them at risk of public backlash, legal ambiguity, and risk of exposure and possible infection due to the continuing slow immunization roll-out for police in the province,” said Brian Sauve, president of the National Police Federation.

“We want to be engaged in this decision and to have a seat at the table.”