Container movement drops due to pandemic restrictions
Jan 20, 2021 10:42 AM By: Jeremy Hainsworth 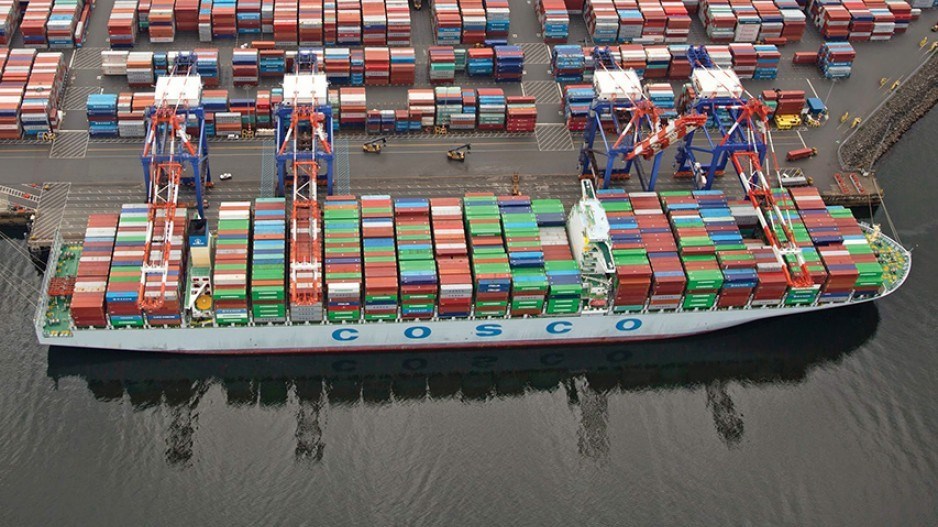 DP World’s Fairview Container Terminal in Prince Rupert finished 6% down with 1,141,390 twenty-foot equivalent units (TEUs) moving for 2020, a rebound after a 19% drop in container traffic in the second quarterRob Kruyt, BIV

Despite pandemic challenges, B.C.’s northern Prince Rupert port saw a record year for cargoes in 2020 with 32.4 million tonnes moving through the port, 9% more than in 2019.

“In a year marred by uncertainty, the Port of Prince Rupert has facilitated increased trade in support of Canada’s economic health through the pandemic enabling over $50 billion in international trade,” Prince Rupert Port Authority president Shaun Stevenson said. “Weathering the storms triggered by the COVID-19 pandemic, our port has handily proven its resiliency, efficiency and reliability as a key strategic trade gateway for Canada.”

The 2020 increased volumes were led by a rise in coal, propane and wood pellets exports.

AltaGas’ Ridley Island Propane Export Terminal marked year one of operation in May 2020, ending the year with 1,159,207 tonnes loaded onto Asia-bound vessels.

However, factory shutdowns in Asia and locked-down North American economies caused a 19% drop in container traffic in the second quarter.

However, volumes rebounded and DP World’s Fairview Container Terminal finished 6% down with 1,141,390 twenty-foot equivalent units (TEUs) moving for the year.
The decrease is attributed mostly to a decline in the volume of empty containers being shipped back to Asia.

While cargo volumes grew in 2020, the passenger volume dropped precipitously with the cruise season cancellation and BC Ferries seeing a steep decline in ridership.

The port said pandemic obstacles have not slowed diversification projects.

Construction crews are nearing completion of the Fairview-Ridley Connector Corridor, a five-kilometre private road to reroute container trucks away from city streets and reduce truck emissions.

“By expanding trade enabling infrastructure, we will not only support our local economy, but will be poised to offer Canadian industries a competitive edge as the global economy rebounds from the effects of the pandemic,” Stevenson said.