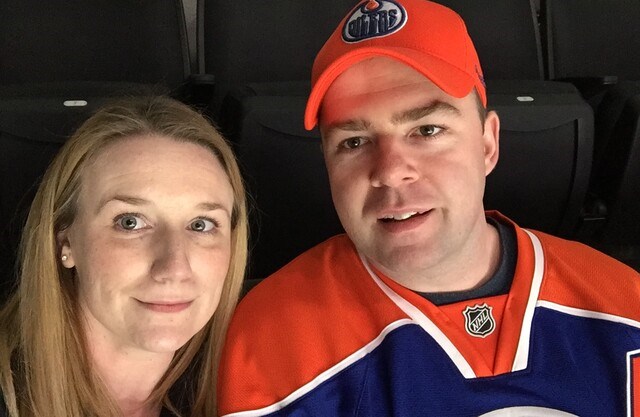 A Kelowna woman is crying foul over new travel restrictions which came into effect on Monday.

Lisa Greenwood says she knows some are not obeying the travel orders while innocent people, like her husband Wade, are being penalized.

Wade Greenwood works for an oil and gas company out of South America and his work requires him to spend extended periods out of the country before he rotates back home to spend time with his family.

Greenwood flew home on Feb. 22, but when he arrived in Vancouver he was told he would have to quarantine despite having received two negative COVID-19 tests prior to travelling.

The new rules force travellers returning to Canada to take a COVID-19 test at the airport at their own expense. They're then required to spend up to three days of their quarantine at a supervised hotel while awaiting their results, and foot the bill for their stay, at costs upwards of $2,000.

Greenwood flew into Vancouver, took the test, and ended up spending 21 hours at the Vancouver Fairmont before receiving a negative test and being allowed to leave. The money is non-refundable.

Greenwood is hopeful her husband's employer will cover the quarantine tab, but still doesn't think it's fair.

"They're asking for so much money and he stayed less than 24 hours," says Lisa Greenwood, explaining her husband ended up being billed $1,900.

Greenwood says her husband doesn't travel by choice, "it's essential to the survival of our family."

"Remember that cold snap across Canada last week? It was oil and gas that heated your home, that started your car to get you to and from work, and that made the cellphone you are probably reading this rant on," says Greenwood.

Adding insult to injury, Greenwood says two of her husband's co-workers, who travelled with her husband from South America to Houston, were not forced into a quarantine hotel or tested when they arrived in Montreal.

Greenwood says she hopes something can be sorted before her husband's next return trip home, suggesting some sort of expedited and more affordable system for those who travel frequently for work. So far all she's heard is "we're looking into it," and she isn't holding out much hope.

In the meantime, Greenwood says she's glad her husband is home even though he'll be spending at least 13 more days in self-isolation at their home.

"We follow his quarantine when he’s home — kicking our daughter out of her bedroom for two weeks so Wade can quarantine in the basement. Now, this? Please bring this to light. It's horrible."

The federal government says it has rolled out "mandatory hotel stopovers" in an effort to prevent the spread of COVID-19 variants in Canada.

Here is everything Canadians need to know about COVID-19 testing for travel (INFOGRAPHICS)
Feb 17, 2021 6:05 PM