Hospitalizations are at a three-week low; ICU residency at lowest level in seven weeks
Jan 15, 2021 4:12 PM 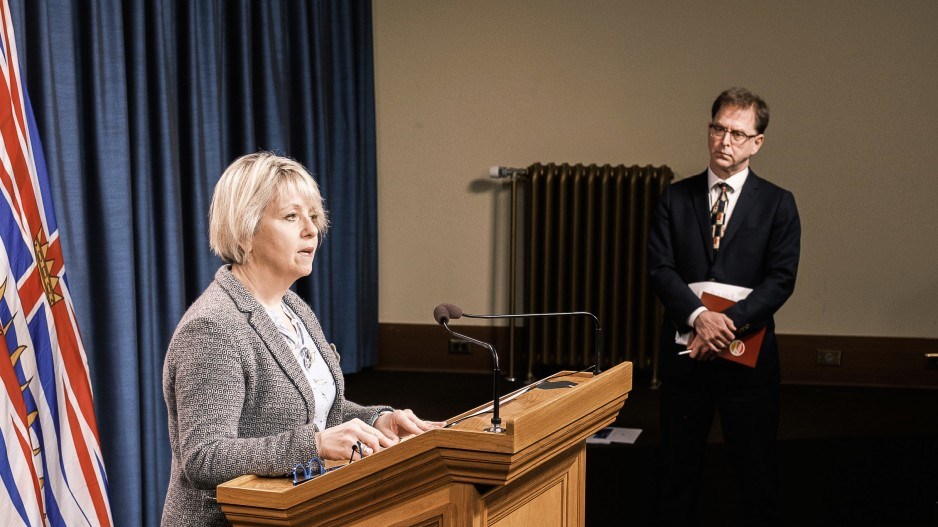 The number of recoveries just barely exceeded the number of new cases, as 510 people are newly considered to be recovered. Given that there were nine new deaths, the number of British Columbians actively fighting off infections should have fallen by 10, to 4,614. Official government statistics, however, have the number of active cases falling by 20, indicating that 10 people who had active infections may have left the province without alerting health offiicals.

Infected people leaving the province without alerting officials has been happening since early in the pandemic, and a total of 1,351 have done so in total, according to government data.

A total of 1,047 people have so far died in the province from the virus, while 53,115 are listed as having recovered.

Some good news is in the decline in the number of those with illnesses serious enough to be hospitalized. With 13 fewer people in hospital today, compared with yesterday, there remain 349 people battling serious infections in those institutions. That is the lowest total since Christmas Eve.

Intensive care wards across the province, with 68 COVID-19 patients, have not housed so few infected individuals since November 26 – more than seven weeks ago.

Contributing to fewer infected individuals is the fact that the number of people who health officials are actively monitoriing for symptoms has been on a steady decline, and at 7,132 people, has not been this low since November 3.

"We have had one new health-care facility outbreak at Hilltop House," provincial health officer Bonnie Henry and Health Minister Adrian Dix said in a joint statement. "The outbreaks at Villa Cathay and Wingtat Game Bird Packers are now over."

The only active outbreak at a seniors' living facility in Northern Health is Jubilee Lodge in Prince George.

In Island Health, there are two seniors' facilities with an active outbreak of COVID-19:
• Chartwell Malaspina Care Residence in Nanaimo; and
• Hart House in Victoria.