B.C. bats hope to see you this spring, but not too soon

Public help is essential for monitoring for bat disease
Mar 2, 2021 12:30 PM By: BC Community Bat Program/Contributed 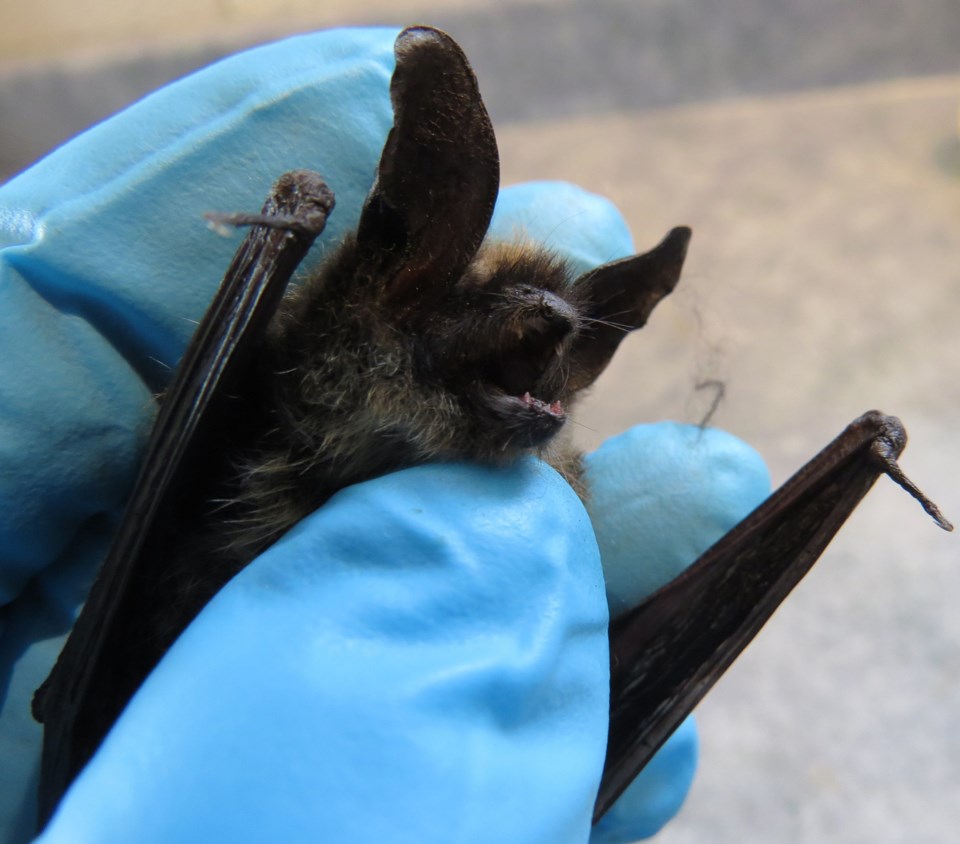 With spring just around the corner, researchers in B.C. are waiting for bats to appear from hibernation. Just like seeing snowdrops and daffodils, seeing an occasional bat means spring is coming. However, dead bats or bats returning earlier than usual can indicate trouble. Both can be signs of white-nose syndrome (WNS), a fungal disease responsible for the death of millions of bats in eastern North America.

WNS is spreading on the west coast. Confirmed to the west and east of the Cascade Mountains in Washington State, just 150 km south of the B.C.-U.S. border, the presence of the fungus is very worrisome for the health of bat populations. The disease has near 100 per cent mortality for some species of bats exposed to the fungus, including the familiar Little Brown Bat. Although devastating for bats, WNS does not affect humans.

Detection of WNS in B.C. is challenging because bats hibernate singly or in small groups across the province. This means that identifying and tracking the spread of the disease relies heavily on public assistance.

“To monitor the spread of the disease, we need more eyes on the ground. Outdoor enthusiasts and homeowners with roosts on their property may be the first to find evidence of trouble,” said Danielle Dagenais, regional coordinator with the BC Community Bat Program.

Signs of the disease include unusual bat activity in winter and the appearance of dead bats outdoors as they succumb to the effects of WNS.

“We are encouraging the public to report dead bats or any sightings of winter bat activity to the BC Community Bat Program toll-free phone number, website, or email below. Bat carcasses must be retained so that they can be collected and submitted for testing for white-nose syndrome. This would provide the earliest indication of the presence of the disease in B.C.,” added Dagenais.

While bats are generally hibernating out of sight this time of year, not every winter bat sighting signals disaster. Bats often hibernate by themselves in a woodpile or basement entryway. If possible, these sleeping bats should be left alone – keep your distance, snap a photo, and report to the BC Community Bat Program. If you must move a bat, visit www.bcbats.ca for advice. Remember to never touch a bat with your bare hands.

Bats are also occasionally spotted flying on relatively warm winter days or evenings. Healthy bats may wake up to drink or even eat, if insects are active. Enjoy these sightings and remember to let us know when and where winter bat activity was observed.