Delta bird expert: Backyard feeders can remain up with right care and seed

Local bird expert says other species may go hungry this winter without feeders
Jan 12, 2021 8:00 AM By: Mark Booth 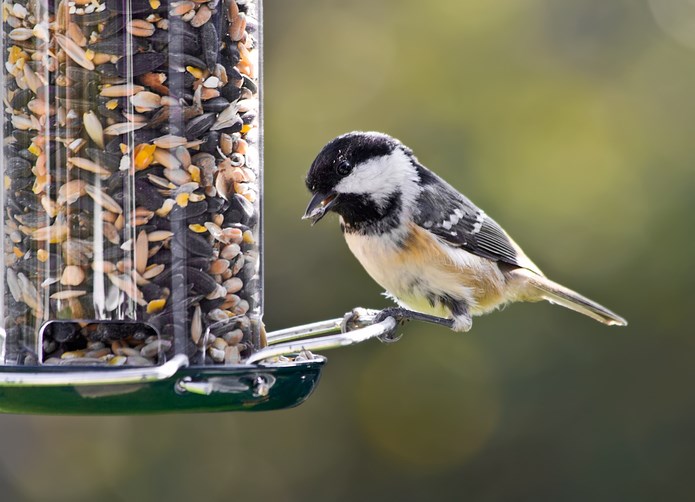 Backyard bird feeders can remain up with right care and seed despite a salmonellosis outbreak that has impact pine siskins.Getty Images

Backyard bird feeders don’t necessarily have to be taken down.

That’s the advice of a former Optimist nature columnist and Delta Naturalist Society member in response to a salmonellosis outbreak linked to bird feeders that has greatly impacted Pine Siskins.

The Wildlife Rescue Association of B.C. says it has recently admitted 78 pine siskins from across Metro Vancouver while Boundary Bay resident Jennifer Keskula has found six dead songbirds on her property in the last couple of months.

Anne Murray is concerned the lack of feeders could impact other bird species this winter. Bird enthusiasts just need to be aware of what species their feeders are attracting and the seed they are using.

“If there are any dead or sick birds in your garden take the feeders down, sterilise and dry carefully. Wait a couple of weeks to put up again at the very least. Do not use any seed mix with Nyjer that attracts siskins,” explained Murray. “If big siskin flocks are in your garden you may want to remove feeders for a week or so to deter them gathering. These birds have natural food sources in Delta so will be okay. If you don’t use Nyjer or Nyjer mixes and haven’t got pine siskins in your yard you are likely fine to continue feeding chickadees, nuthatches, etc.”

Murray adds there are many more Pine Siskins in the area this winter compared to other years and it is possible sick birds are attracted to feeders as an easier option.

“They are a small streaky brown finch which is irrupting in big numbers from the north right now. They can get their food from alders, Douglas-fir and other seed trees. Taking down feeders entirely may cause other birds to go hungry especially if we get a cold snap,” said Murray.