Janeva Shahi is now studying at McGill University where she plans to major in microbiology and immunology
Jan 9, 2021 10:30 AM By: Mark Booth 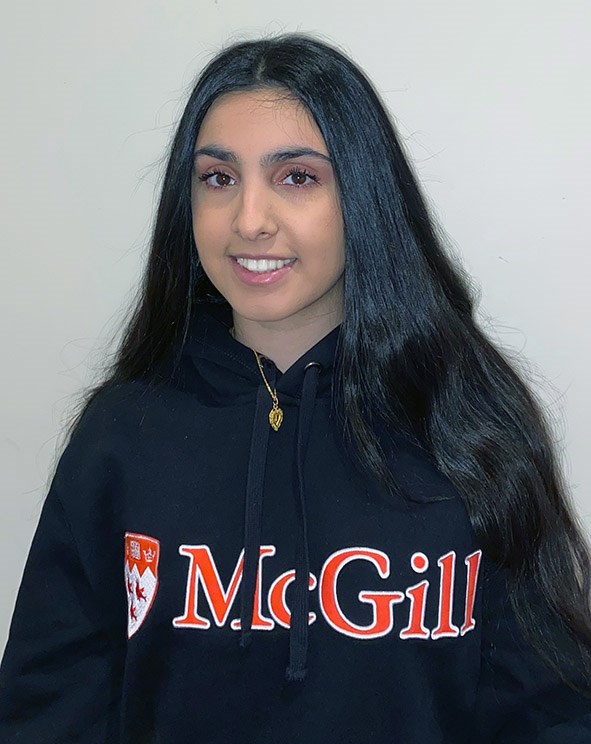 South Delta Secondary graduate and former student council president Janeva Shahi has taken her experience volunteering at a rural hospital in Northern India to her university studies at McGill University.

The McGill Major Admissions Prestige Scholar and recipient of the J.W. McConnell Scholarship plans to major in microbiology and immunology while minoring in sociology and French language studies.

A section of her medical journal from her experience at Christian Medical College in Ludhiana, Punjab, India was published in the McGill Global Health Blog’s “McGill Perspectives.” She also shared it with the Optimist:

On my first day in the Pediatrics Unit, I got to meet Golu, a four-year-old patient who had a fever of 102 degrees Farenheit and a very low hemoglobin level, in addition to a low white blood cell count.

After running a few tests, we discovered that he was anemic and had thalassemia major. Later that day, two residents and I spoke to his mother and got consent to complete a bone marrow aspiration (a blood sampling procedure) through which we could run further tests and see if his disease was genetic.

The mother carried Golu to the procedure room and waited directly outside the door with her younger daughter. Golu’s family was from a rural region; his parents were illiterate and simply wanted us to do what we deemed fit to treat their son.

Over the days following the procedure, I periodically checked on Golu and tracked his progress; he appeared to be getting stronger every day. On my last day at the hospital, word was that Golu was to soon be discharged. Alongside our attending, the residents and I met with Golu’s father to discuss his son’s recovery plan and discharge, also suggesting that his daughter complete a blood test to detect pre-Thalassemia.

Thalassemia isn’t something that goes away on its own; it requires frequent blood transfusions, and to cure the disease, a bone marrow transplant is needed. Golu’s father admitted that the family didn’t have enough money for Golu’s extended procedures and the tests for his daughter, in fact, barely enough to pay the flat hospital fees.

The next day, I got on a plane back to Vancouver and never found out what happened to Golu and his family. I constantly relive the time during Golu’s initial procedure when I sat with him listening to “the wheels on the bus” as an attempt to distract him from the procedure and calm his cries. The sad reality is that some people can’t afford to treat their sick children, let alone put them through school and provide them with three nutritious meals a day.

Financial inability is the cause of many patients leaving the hospital untreated, having signed LAMA (Leaving Against Medical Advice) forms to be discharged so that the hospital would not be held accountable if anything was to happen to the patient beyond the facility. Due to illiteracy, many patients and their families are unable to comprehend the consequences they may face as a result of their actions; unfortunately, certain diseases are fatal.

However, these patients come into clinics and seek prescriptions for medication to take home instead of being admitted to the hospital and receiving treatment, because among the 28 million people living in the state of Punjab, almost nine percent live below the poverty line. Patients would rather have a round of medication instead of scans and procedures because they can’t afford the costs associated with being admitted to the hospital.

Lack of education and socioeconomic privilege drives poor patients to suppress their symptoms rather than deal with the root problem causing their disease or illness. Golu was one of the many pediatric patients who touched my heart; I am grateful to have had the eye-opening experiences and the opportunity to learn and volunteer in the medical field in a third world country.