In a normal year TOOB would be cooking hamburgers and its signature curly fries at events like Ladner Bandfest and the Tsawwassen Sun Festival.
Dec 1, 2020 9:30 AM By: Delta Optimist 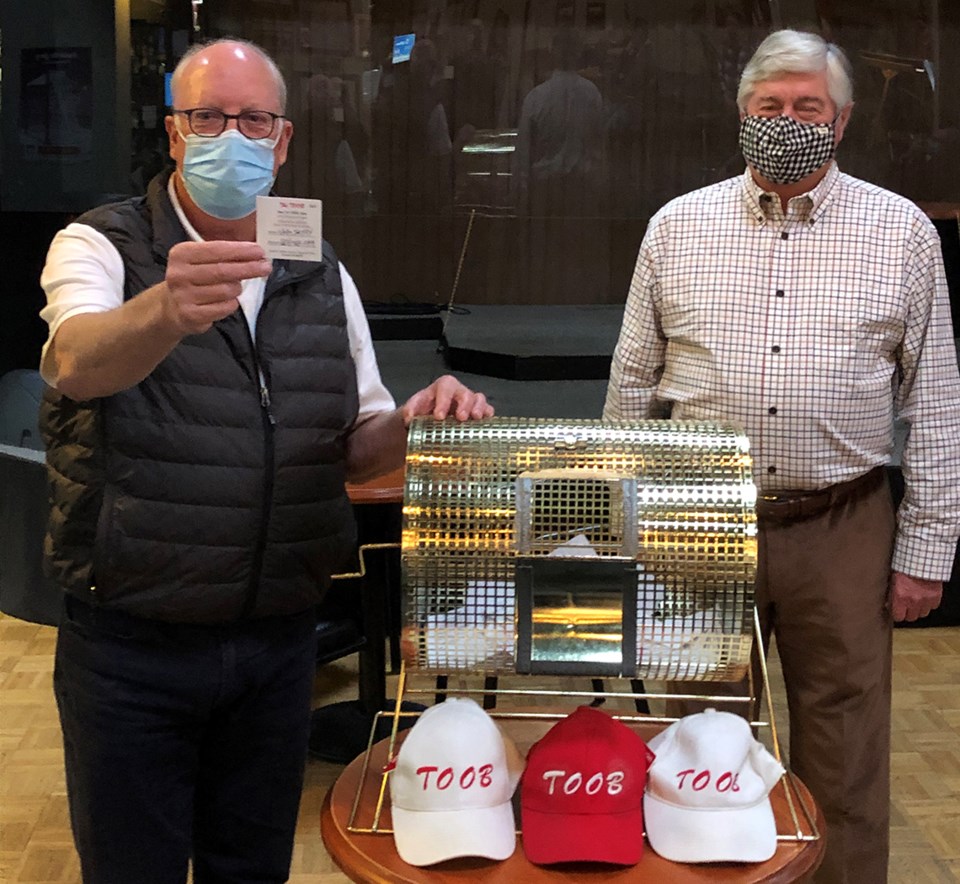 In a normal year TOOB would be cooking hamburgers and its signature curly fries at events like Ladner Bandfest and the Tsawwassen Sun Festival.  All of its profits would be given to needy residents or organizations in South Delta, but as we all know, this year has been far from normal.

All of the community events that TOOB would normally attend were cancelled this year due to the pandemic, but community needs were not cancelled, so TOOB looked for other ways to raise funds.

TOOB member, Chris Beveridge, generously donated to his beautiful Whistler condo at the Horstman House Lodge for a one-week vacation. TOOB decided to raffle off the condo stay. TOOB Past President, Bob Tate, organized the raffle and TOOB members sold 150 tickets at $20 each in order to raise $3,000.

Recently the raffle draw was held at the Tsawwassen Legion branch, where Delta South MLA Ian Paton, was invited to draw the winning ticket.

TOOB is pleased to announce that Mr. Norm Sayfy won the raffle prize.

TOOB wishes to thank the Legion for hosting the event, Bob Tate for organizing it, Mr. Paton for doing the draw, the members of the community who supported TOOB’s charitable work by purchasing raffle tickets, and most of all, Mr. Beveridge for his generous donation.