The holiday falls the day before Ash Wednesday, a period of fast marking the beginning of Lent that leads up to Easter Sunday. It has, however, grown more secular and widely celebrated in New Orleans over time, now extending to a full week of indulgence, merriment, and feasting before the long period of fasting and stringency.

Besides the legendary parades and world-famous floats, Mardi Gras is famously a time for indulging in New Orleans’ favourite foods, a fabulous amalgamation of Cajun, Creole, French, Spanish, West African, and Indigenous cuisines. 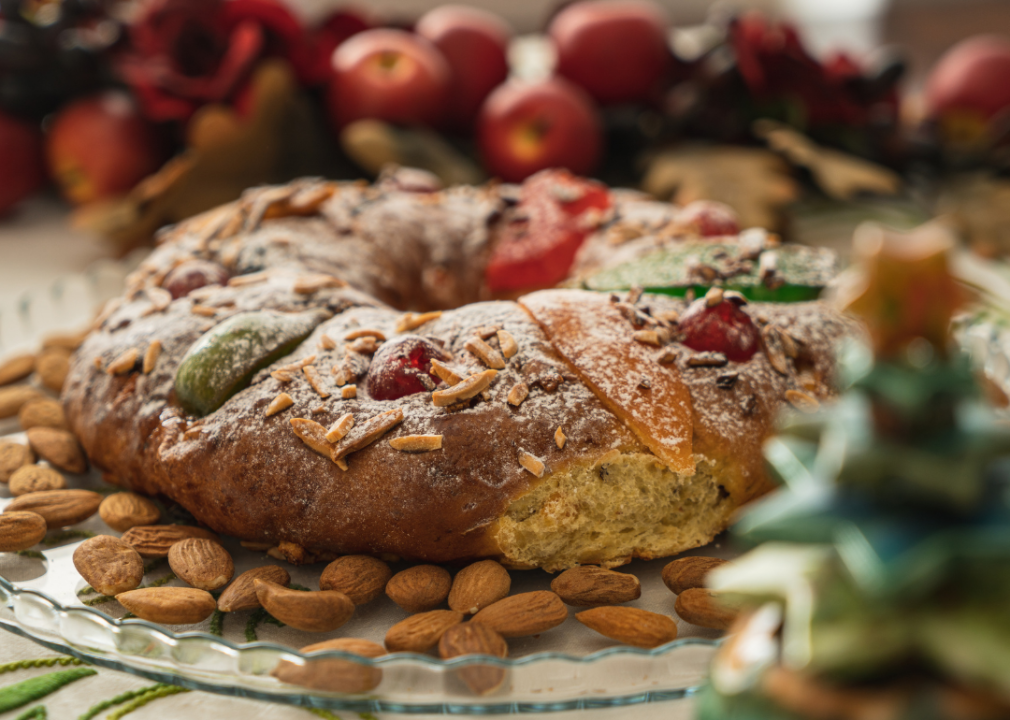 Perhaps the most quintessential Mardi Gras food, king cake is a flaky, bread-like pastry in the shape of a ring, decorated with green, gold, and purple, colours which represent faith, power, and justice, respectively.

Check out this recipe for authentic New Orleans-style king cake, and don’t forget to hide a small baby figurine inside the cake—whoever finds the baby in their slice of the cake is the host of the following year’s celebration. 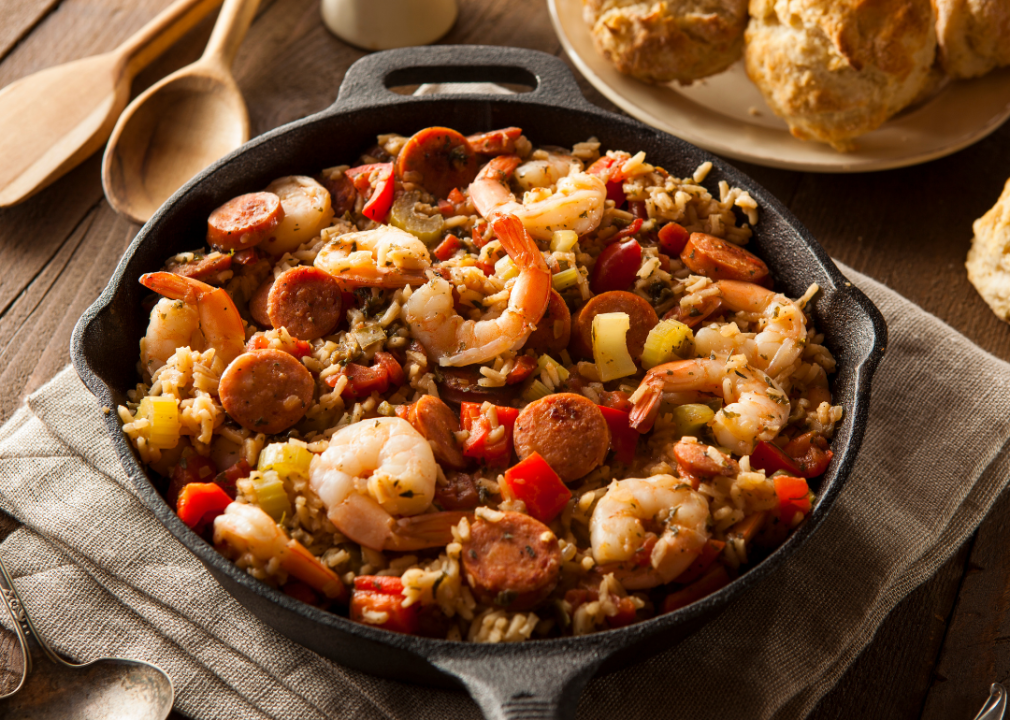 A classic Creole and Cajun dish, jambalaya consists of flavourful rice combined with smoky andouille sausage, seafood or meat (or both), vegetables, and spices. The rice is cooked in broth with the rest of the ingredients, and becomes imbued with the spices and flavours of the dish. This recipe combines andouille sausage and chicken but is adaptable to adding other proteins like shrimp. 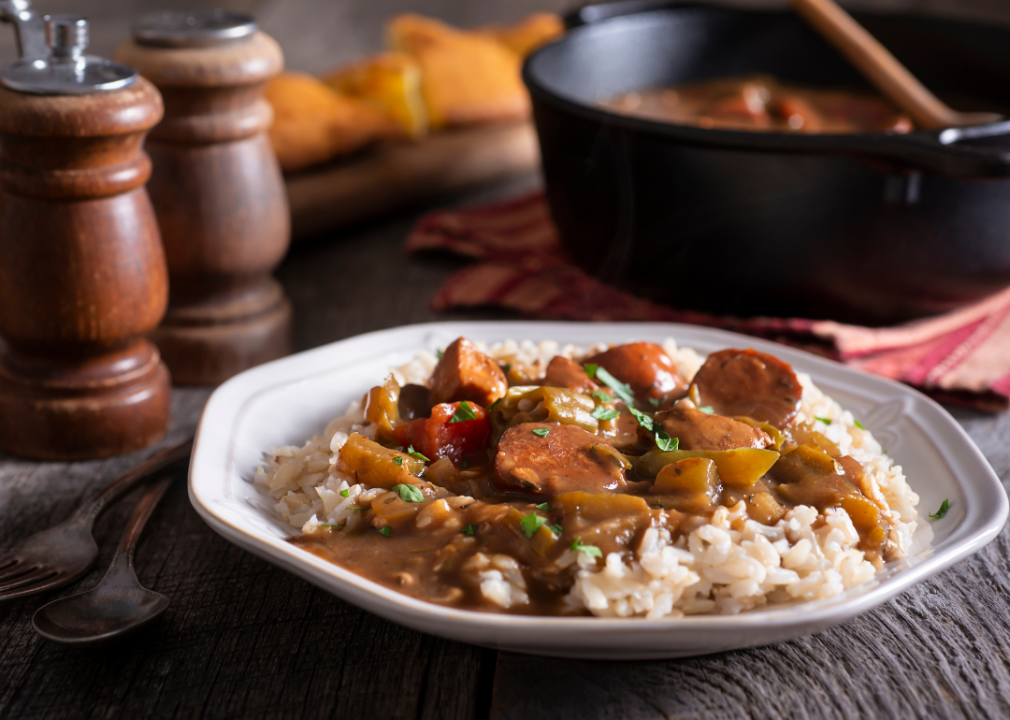 The name “gumbo” originates from a West African word for okra. The dish is as cross-cultural in origin as Louisiana itself, with African American, Indigenous, and French influences. This recipe for classic Cajun chicken and sausage gumbo starts with a roux to thicken the soup. 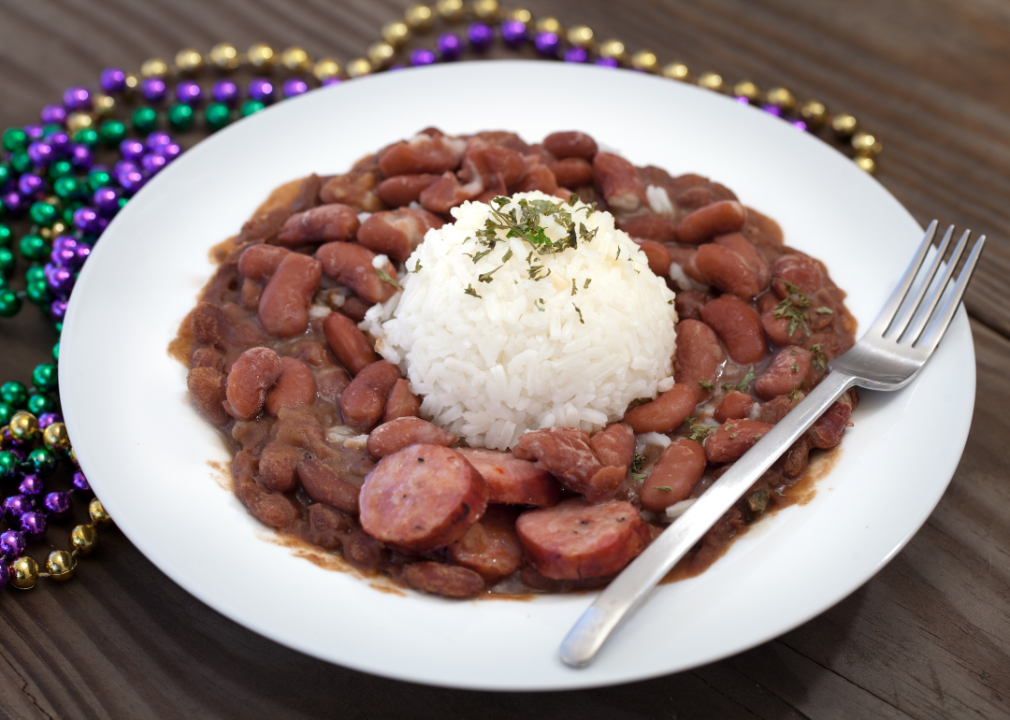 Today, red beans and rice are enjoyed throughout the week. This recipe benefits from slow preparation, as well as spending 24 hours in the fridge so the flavours can continue to develop. 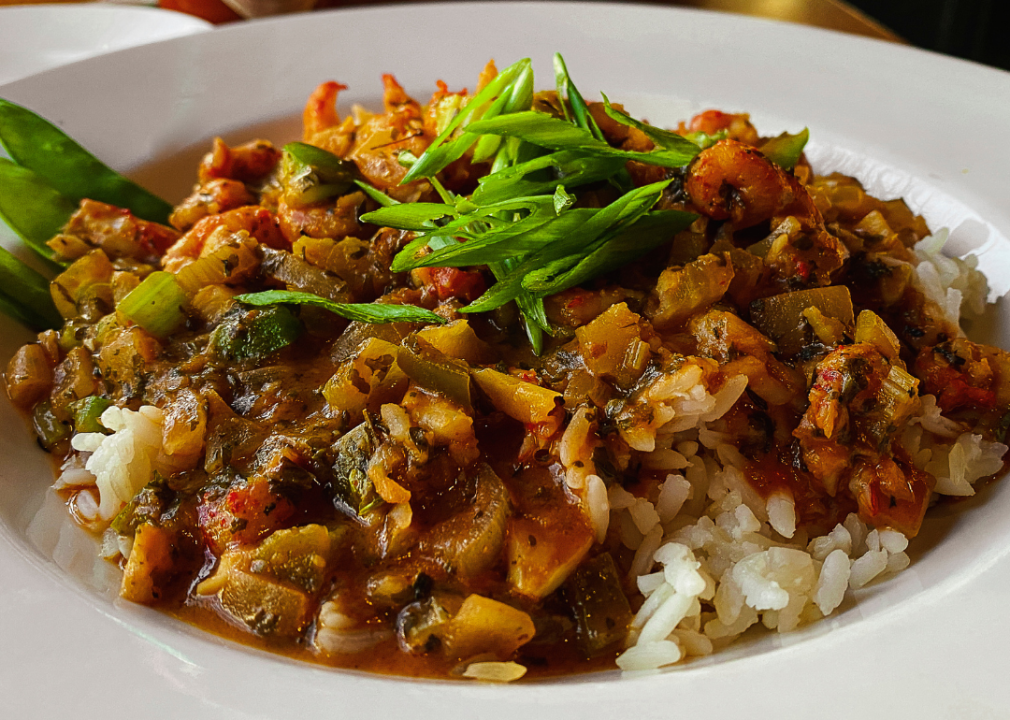 Étouffée comes from the French verb “to smother.” Crawfish, Louisiana’s favorite tiny, prehistoric crustacean, is smothered in a buttery roux and melded with Creole spices, but this recipe allows for shrimp to be used in place of crawfish if they’re not in season, or if crawfish aren’t available. 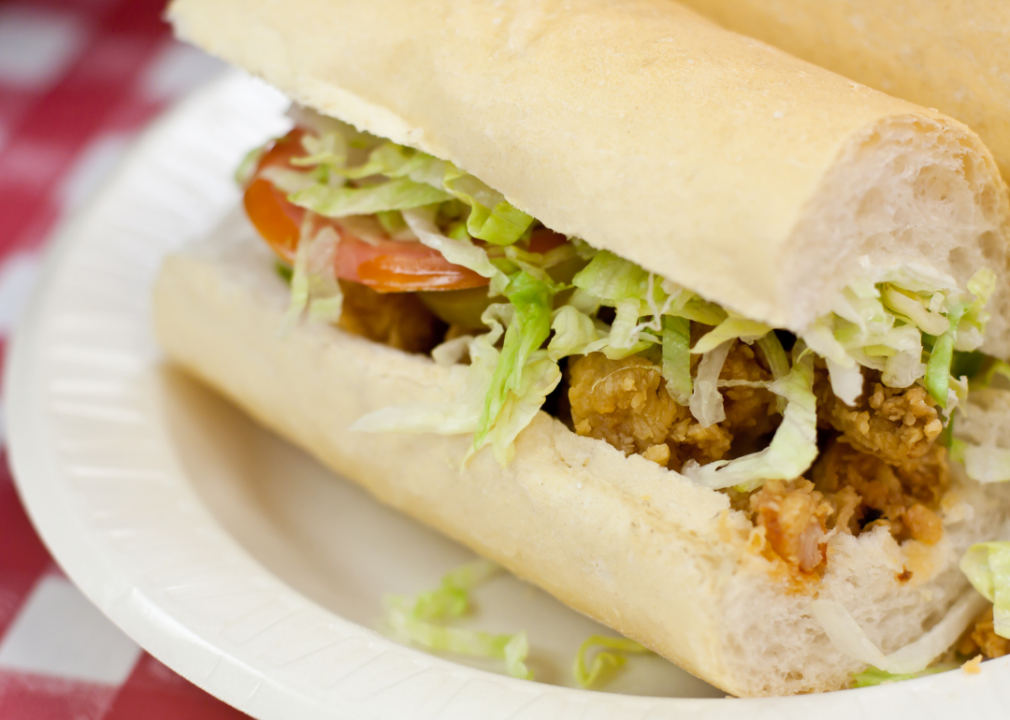 Po’ boys, or “poor boy sandwiches,” originated during the 1929 New Orleans streetcar strike as a nourishing and cheap meal for striking labourers. The sandwich, served on french bread with remoulade sauce and some kind of deep fried protein, persists in popularity in the city today.

This recipe uses catfish, but substitutions of shrimp, oysters, or even fried chicken are not uncommon. 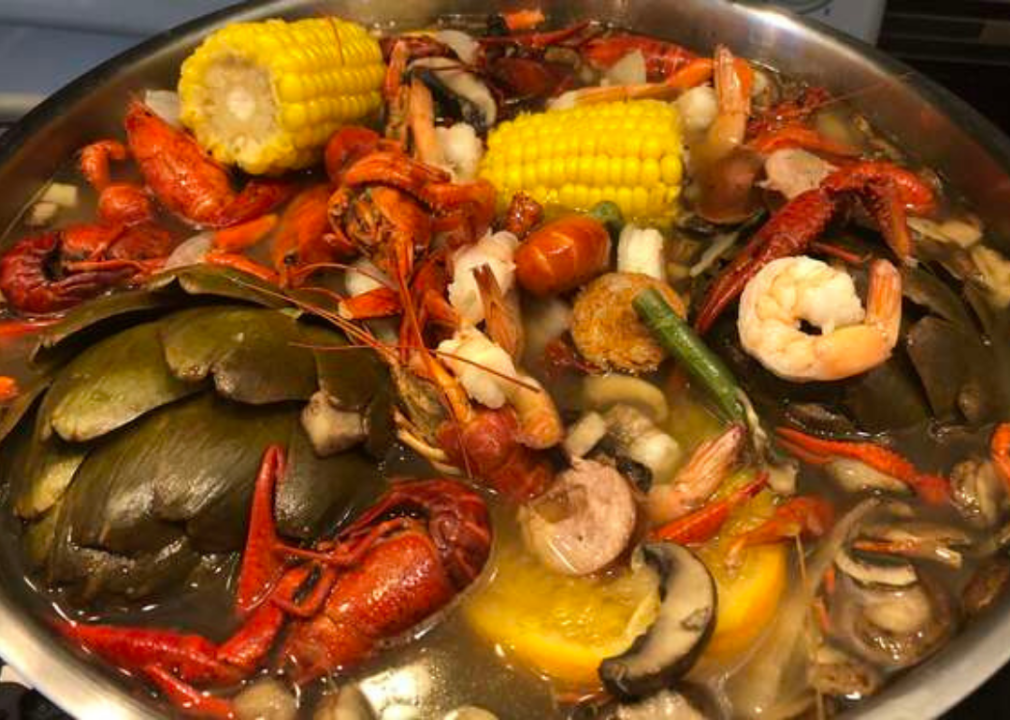 As much an excuse for New Orleanians to gather in their backyards as they are a culinary experience, crawfish boils are at the heart of social and food culture in the Crescent City.

While boils are usually cooked outdoors in massive vats, this recipe is a slightly scaled down version of the classic boil, which features a massive amount of crawfish, fresh corn, potatoes, sausage, and more, all boiled in spicy broth. Best enjoyed in a sunny backyard. 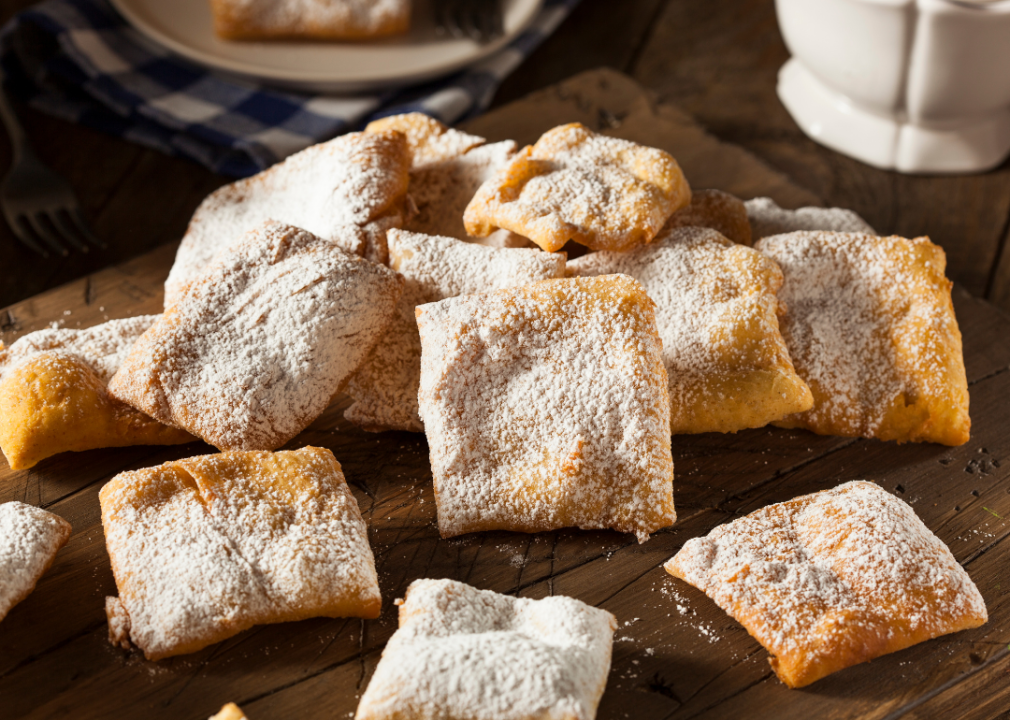 Perhaps no New Orleans food is more famous than beignets and a steaming cup of café au lait from the legendary French Quarter institution Café du Monde. The crispy, hole-less doughnut is covered in a snow of powdered sugar and eaten warm. This recipe uses mostly pantry staples and is home-cook friendly. 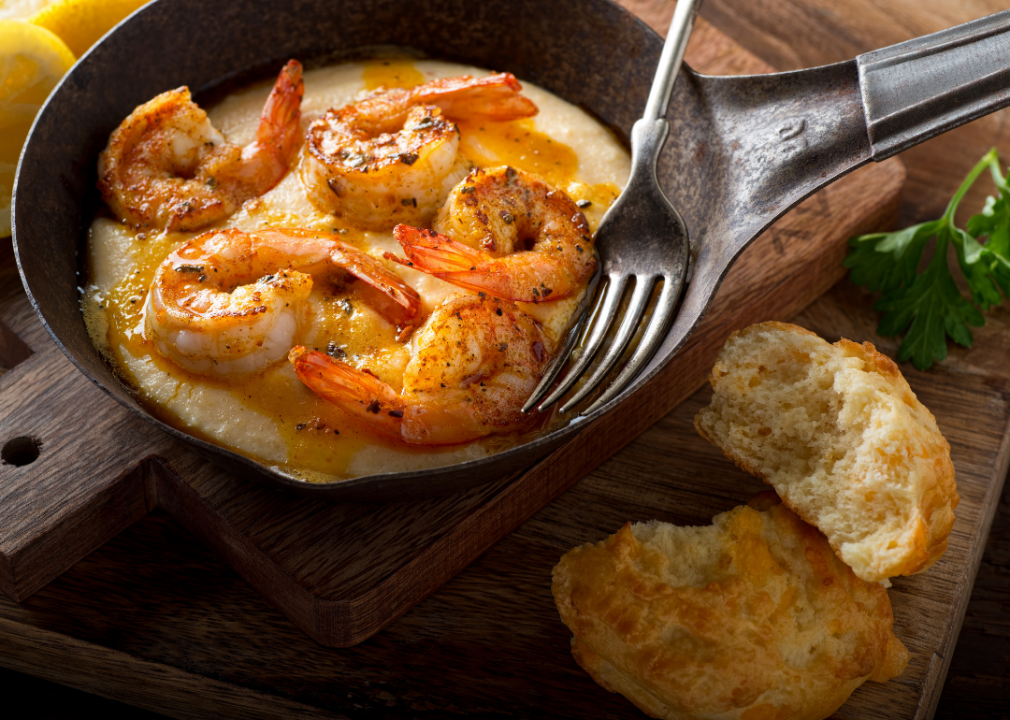 Few dishes are more comforting than shrimp served over creamy grits. Though its precise origins remain mysterious, one food historian opines that the dish's birthplace was Mozambique. This recipe employs andouille sausage for smokiness and two types of cheese in the grits for maximum luxuriousness. 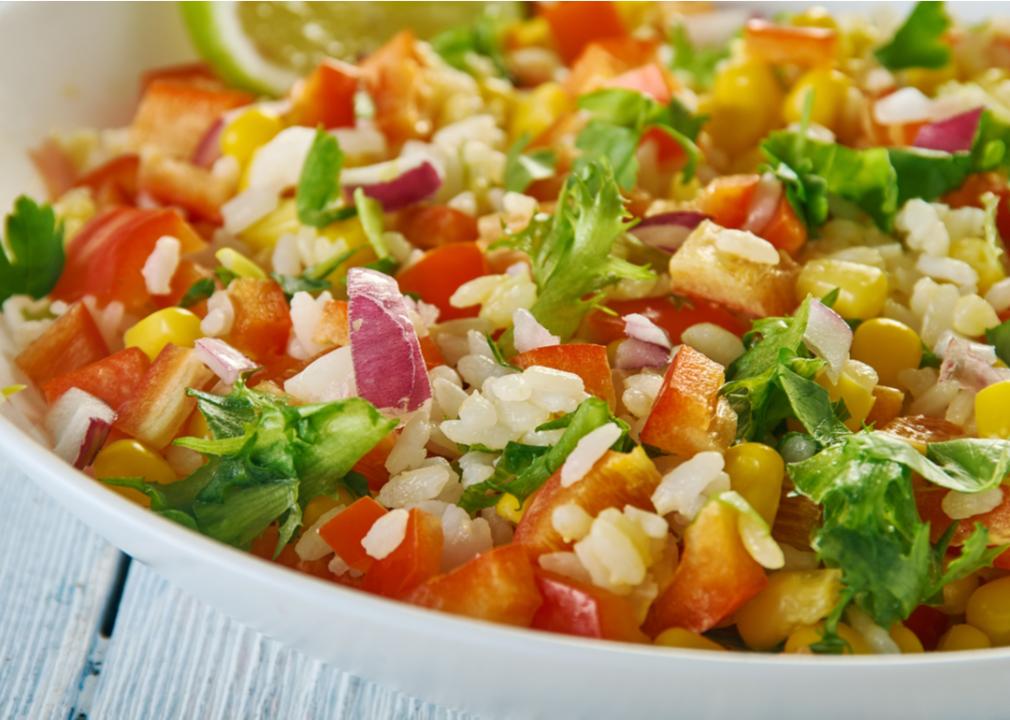 Maque choux is a vegetable side dish consisting of fresh corn, peppers, and onions braised in bacon fat. Thought to have Cajun, Indigenous, and Spanish influences, the original maque choux would have used seasonal vegetables grown in Louisiana’s gardens. This recipe also uses garlic and celery for additional flavour.