Once you get the past the Hollywood version of Ireland, where the plucky New York City gal heads off to the land of leprechauns in search of a sensitive Irish man, travelling in Ireland can be a full-on adventure.
Jul 22, 2011 1:00 AM By: Anne Sanders 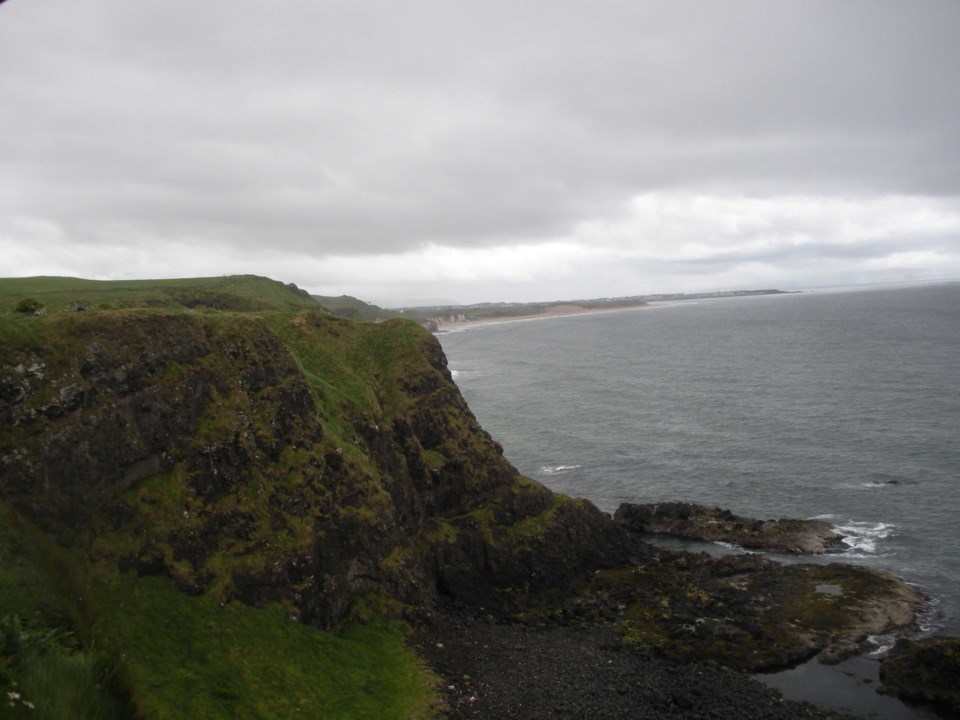 Once you get the past the Hollywood version of Ireland, where the plucky New York City gal heads off to the land of leprechauns in search of a sensitive Irish man, travelling in Ireland can be a full-on adventure.

While it may not get the press enjoyed by other parts of the island, Northern Ireland is growing and evolving in many ways.

Tourism is a relatively new but welcome industry, evident in everything from Belfast's posh new eateries and elegant boutiques to the quaint seaside towns scattered along the North Antrim Coast.

Just over three kilometres west of the town of Bushmills, where the famous whiskey is made, lies the ruins of Dunluce Castle, a site rich in history with a story that reads like an episode of Masterpiece Theatre.

From the Irish "Dun Lios" or "Strong Fort," the medieval castle is perched high atop a remote bluff with a 30-metre drop to the sea below. Parts of the castle can be traced back to the 14th century but what remains today was built by the MacDonnells, a clan of mercenary soldiers who crossed over the Irish Sea from Scotland.

Visitors enter the castle through what remains of the ancient stone walls. It's easy to imagine nobility of the time arriving for a huge feast - horses being led to the stables, servants building roaring fires to ward off the bitter cold and the deafening sound of waves crashing against the cliffs.

The history of Dunluce includes a laundry list of battles, family feuds and colourful characters. Sorley Boy McDonnell, born in 1505, was one of five brothers from a wealthy military family. Sorley's reputation as a fierce vigilante prompted the Irish government of the day to lock him up in Dublin Castle for two years. Tales of familial double-crossing and dirty deeds flow through the history of the McDonnell clan.

The last resident of Dunluce Castle was Randal MacDonnell, Earl of Antrim, who married a wealthy widow, Duchess Catherine Manners, in the early 1600s. The story goes that the duchess wasn't fond of the sound of the sea beneath her window and some locals say this was an omen as a few years later part of the castle kitchen gave way and nine servants plunged to their deaths in the ocean below.

A decade later, riches from the castle, including Persian rugs, an Irish harp, silk tapestries and other valuables, were seized by Cromwell's army, leaving the castle stripped bare.

With an amazing history and breathtaking scenery, Dunluce Castle, is an enchanting place to spend a few hours. Interestingly, Oscar winning director Danny Boyle featured the castle in the movie, Your Highness, starring Natalie Portman. It seems as though royalty has always been welcome at Dunluce.

For more information on Dunluce Castle and other sites along the North Antrim Coast, visit discovernorthernireland.com.