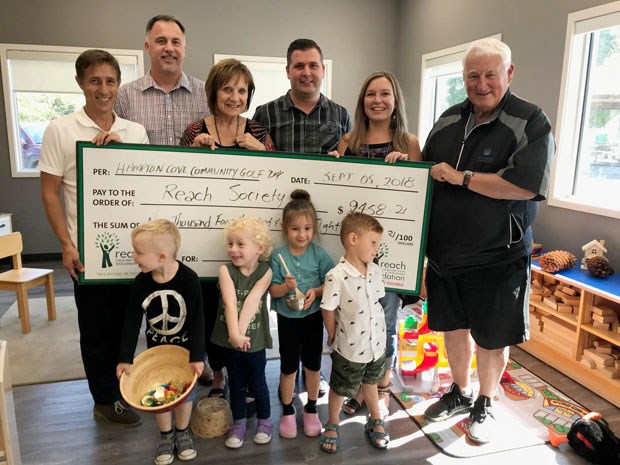 With the support of many volunteers, staff from The Links at Hampton Cove, the team from Reach, Kim Nunney and over 55 local businesses and community supporters, $9,458.21 was raised for children and youth with developmental needs.

All play was by donation and golfers participated in $10,000 hole-in-one, putting and chipping contests. In addition, local children enjoyed the family fun area that featured multiple festivities, including giant bubbles, face painting and a magician.

“It was such a feel good day with golfers of all skill levels having fun on the course and so many kids enjoying the play area,” said Reach development manager Kristin Bibbs.“We cannot thank the generous sponsors enough for this wonderful new Ladner event.”