Living Matters: Could those goose honks have a bit of brag in them?

I haven’t a clue where the geese go at this time of year. To Mazatlan? To Costa Rica? To Universal Studios with a stop-off at Disneyland? As I say, I haven’t a clue. I know only that they’re heading south, smart snowbirds that they are.
Nov 16, 2019 2:35 PM By: Barbara Gunn 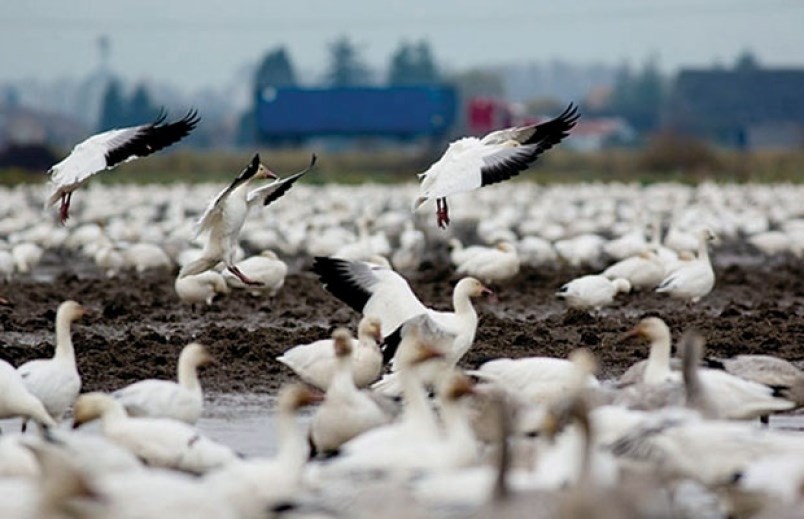 I haven’t a clue where the geese go at this time of year. To Mazatlan? To Costa Rica? To Universal Studios with a stop-off at Disneyland?

For weeks now, I haven’t been able to take out the garbage without hearing them honking in flight. Sure, this is an annual pilgrimage. But this year, for whatever reason, their numbers seem to have ballooned.

“Do you want to stop at the dry cleaner before we hit up the grocery store?” the husband asked the other day. We were outside, making our way to the car to run errands.

Even indoors, heck, I’ve found myself needing to turn up the volume on Beat Bobby Flay, so ear-splitting is their chatter.

No idea what they’re talking about, but I imagine one of the birds is yelling that it’s his or her turn to be at the front of the V. Maybe one of them is suggesting — in the loudest language possible — that they should spend the night in Portland instead of Seattle, just for a change of scenery. Perhaps they’re plotting what to do first when they make their destination. What will it be? A swim in a pond at a golf course? A bite at a favourite bird sanctuary?

Perhaps, just perhaps, they’re taking off in greater numbers because they know something the rest of us don’t. Are we in for an especially brutal December? Perhaps a record snowfall?

Anyway, I get the cacophony. Heck, if I was part of an aerial road show taking off for sunnier climes for six months of the year, I’d be hooting and hollering too. I wouldn’t even care if I ended up nowhere near Disneyland. It would be all about the heat.

Maybe, then, that’s what the noise is all about: a celebration.

They’re not screaming at each other to stay in formation. They’re yelling at those of us on the ground.

“Hey, you down there!” they’re collectively screaming. “Have fun with WINTER! We’re spending our winter in SUMMER! So long, suckers!”

OK, so maybe it’s rude, but I get it. If I could go down south right now, I’d be bragging about it too.