A pair of long-time Tsawwassen residents and local history buffs have recently released a new book detailing the life of a local legend
Mar 13, 2021 9:30 AM By: Ian Jacques 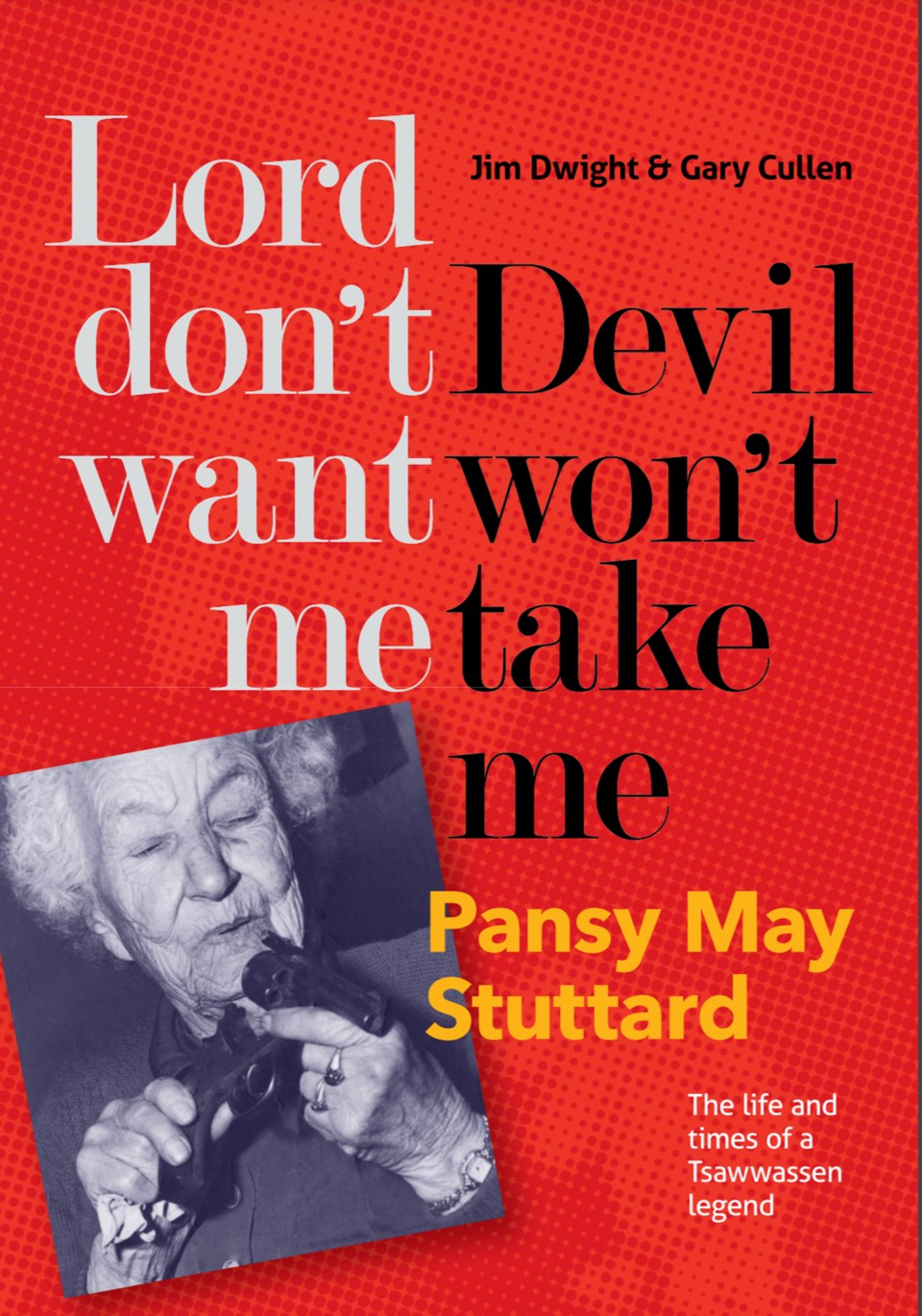 Jim Dwight and Gary Cullen have released Lord Don’t Want Me, Devil Won’t Take Me: which details the life and times of Pansy May Stuttard.Contributed

A pair of long-time Tsawwassen residents and local history buffs have recently released a new book detailing the life of a local legend.

Jim Dwight and Gary Cullen have released Lord Don’t Want Me, Devil Won’t Take Me, which details the life and times of Pansy May Stuttard.

In the 1920s Stuttard took up residence in South Delta right next to the Treaty of Washington Monument at the Tsawwassen and Point Roberts border.

Her story has been filled with myth and mystery since Delta historian Edgar Dunning mentioned her in some of his Optimist newspaper columns many years ago.

After reading Dunning’s stories, Dwight and Cullen started researching early Tsawwassen history and her life. The more they learned, the more intrigued they became. Along with some early history of the Tsawwassen and Point Roberts area and its pioneers, hers is one tale they just had to share.

In her younger days in New York, she worked in houses of ill repute and often was in trouble with the law. She eventually found her way to Vancouver, became a ship’s captain, and continued in the illegal liquor and prostitution trade.

The United States prohibition on liquor was in full swing in the 1920s. This was an opportune time for her rum-running and she sold liquor across the border to thirsty Americans.

In her isolated corner of Tsawwassen, right on the U,S. border with Point Roberts, she built a house and lodge.

“A place of entertainment where you could get anything you wanted. You could bring a woman or if you didn’t have one she’d get you one,” said Provincial Police constable Warren “Slim” Cameron of Pansy May.

After U.S. prohibition ended in the 1930s, she moved up English Bluff Road to where Fred Gingell Park is today.

The authors have documented the story of “Pistol-packing Pansy” and her survival in what was then very much a man’s world.

Lord Don’t Want Me, Devil Won’t Take Me is available at Black Bond Books in Ladner or online at blurb.ca

All profits from the sale of the book will go to the Delta Heritage Society.