This story has been updated as of 11:11 a.m. Wednesday morning Community events, meetings and concerts in South Delta are all on hiatus in an effort to combat the spread of the COVID-19 outbreak.
Mar 17, 2020 3:05 PM By: Ian Jacques 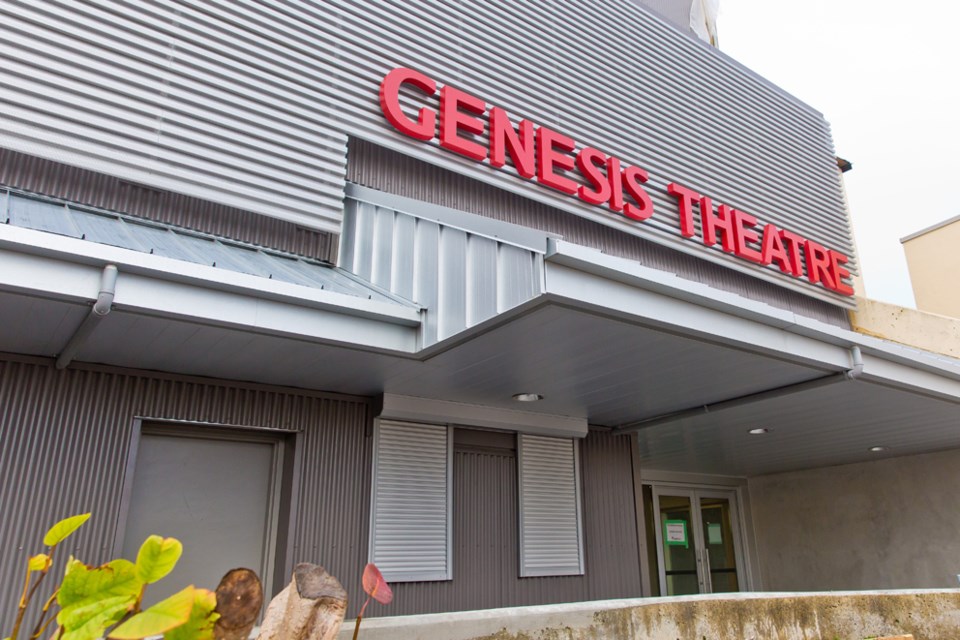 Live theatre, music and concerts, scheduled for Ladner's Genesis Theatre are all on hold.Optimist file

This story has been updated as of 11:11 a.m. Wednesday morning

Community events, meetings and concerts in South Delta are all on hiatus in an effort to combat the spread of the COVID-19 outbreak.

Following the City of Delta closing all of its facilities on Monday, the Delta School District quickly followed suit.

“Delta School District has closed all theatres and gyms to community use,” said Ray Weremczuk, district manager, continuing education in an email to the Optimist.

That means that the Completely Creedence - a Tribute to CCR concert on March 21 is now cancelled and any scheduled events at Genesis Theatre in Ladner have either been cancelled or postponed for the near future.

Studio West Dance was scheduled to stage its production of Alice in Wonderland on April 3 and 4, but that is now off – at least for now according to Studio West director Jyla Davis.

Weremczuk said Genesis Theatre is very full until the end of June so, once the public health concerns decrease, they hope to re-assess the options for re-scheduling any postponed performances.

“We know how much energy, time, and investment go into such shows so it's understandable that there is reluctance to cancel early, but all parties do understand the safety and health concerns of audience members, performers, and families,” he said. “We will publicize decisions about individual shows as they are made.”

At the City of Delta, select children's registered Spring Break programs were all cancelled on Wednesday morning. Programs involving fitness, gyms, or pools are also all cancelled.

All non-essential City of Delta events are also cancelled, including the upcoming Delta Triathlon in May.

On Tuesday afternoon, the Ladner Business Association announced it was cancelling its Easter parade and egg hunt.

Other community groups have also canceled a number of performances and regular meetings including the Wander Inn Café this Saturday, the Bird in Focus photography workshop on April 5 at Cammidge House, the Brit Club gatherings, South Delta Newcomers monthly meetings, and all programs and meetings at the McKee Seniors’ Centre and KinVillage.

OWL (Orphaned Wildlife) Rehabilitation Society announced Tuesday that is was closing all public tours, while Deltassist has also cancelled several of its upcoming workshops.

The Delta Chamber of Commerce has cancelled all events requiring the physical attendance of its members and the public for the next 30 days, as well, has closed its office, with staff working virtually from home.

“We care about the health and safety of all those in our network, and we plan to assess next steps for future events at the end of the 30 days,” said the Chamber in a media release.

Anyone who has registered in advance for any of the upcoming events will receive a refund.

The Delta Hospital and Community Health Foundation will be minimizing committee, board and other meetings onsite at Delta Hospital until further notice.

“At Delta Hospital and Community Health Foundation, we are grateful for your support and value the role you play in supporting critical needs at Delta Hospital. Because our offices are situated within Delta Hospital, it is imperative that we minimize non-essential visitors to the site,” said a release from the Foundation.