Scene in tonight's episode required extensive set work on the property back in March
May 4, 2021 7:00 AM By: Mark Booth 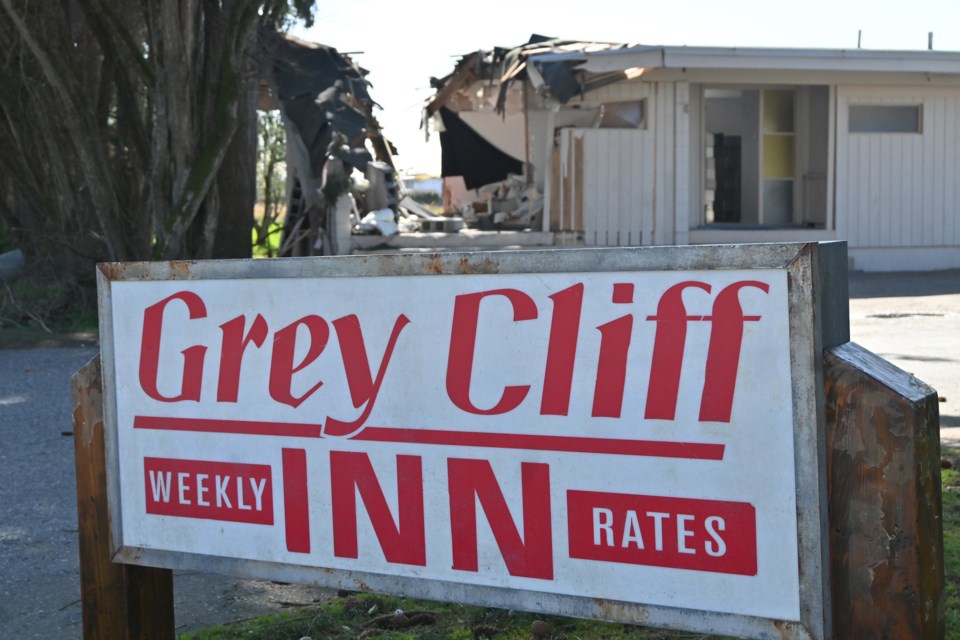 An East Ladner motel will be front and centre Tuesday night in the latest episode of Big Sky.

The Sundance Motel and Pub has been used on several occasions for the ABC hit crime series that is winding down its first season with three episodes left.

Tuesday’s episode “Nice Animals” will pick-up from last week’s cliffhanger that concluded with a truck driving into a room at the "Grey Cliff Inn" occupied by private detective Jenny Hoyt, played by co-star Katheryn Winnick. The scene was shot back in early March at the Sundance and required set crews to construct a temporary room at the entrance to the property, near 66th Street.

Big Sky has also been shot in other areas around South Delta, including the Beach Grove Motel, a heritage house in the 4400 block of Arthur Drive that was used as the home of highway patrol officer Rick Legarski (John Carroll Lynch) as well, street scenes have been shot in Ladner Village.

Production has also taken place in Fort Langley. ABC announced Tuesday the series has been renewed for a second season.

The David E. Kelly series, that also stars Kylie Bunbury and Brian Geraghty, is based on the 2013 novel The Highway by C.J. Box and revolves around two sisters that were kidnapped by a truck driver on a remote Montana Highway. The production was moved to Vancouver after the initial plan to shoot in Albuquerque and Las Vegas was scrapped because of the COVID-19 pandemic.