Experience life a century ago in Ladner theatrical experience

The community will get a chance to step back in time later this month and honour the history of Delta in a unique theatrical experience. On Saturday, Sept.
Sep 21, 2018 6:35 AM By: Ian Jacques 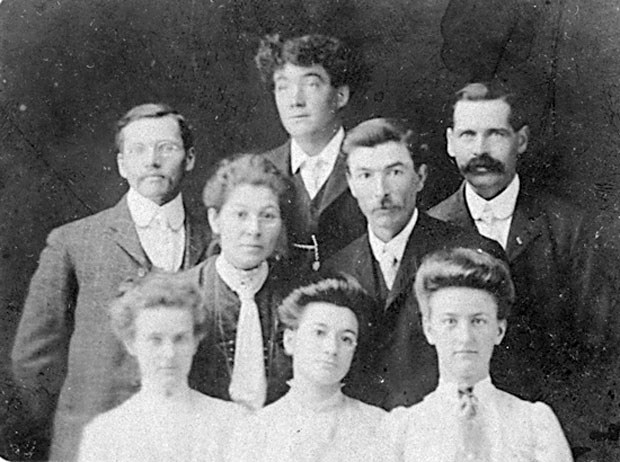 On Saturday, Sept. 29, a community group of heritage and theatre arts volunteers will present Delta 1914-1918: A Historical Reenactment at Ladner’s historic Kirkland House.

The community will get a chance to step back in time later this month and honour the history of Delta in a unique theatrical experience.

On Saturday, Sept. 29, a community group of heritage and theatre arts volunteers will present Delta 1914-1918: A Historical Reenactment at Ladner’s historic Kirkland House. This reenactment will depict life in Delta during the First World War.

With the support of the Kirkland House Foundation and in association with the City of Delta, the project will engage audiences in learning about families whose sons and daughters enlisted as soldiers and nurses as part of Canada’s Expeditionary Forces in France in 1914.

“With the 100th anniversary of the First World War Armistice coming this November, I wanted to find a way for audiences to honour and reflect upon the experience of young men and women from Delta who risked their lives to serve Canada in the Great War,” said project artistic director Peg Keenleyside.

Keenleyside, who has created historical reenactments and devised theatre using historical documents for museums as well as community and professional theatre groups, is working with a number of local groups to stage the event, including Sidekick Players, Delta Youth Theatre and the Ladner Legion.

Working with old letters, newspapers and written histories, she helps participants build real-life characters and act out events that would have been part of the daily lives of those in Ladner during the First World War.

“It’s just fantastic to see audiences respond to almost forgotten historic events as they learn about them through the eyes of real people who once lived in their community,” she said. “I see this as not only a community event, but also an awareness event. We really need to honour our history and honour the families of the past. We still have a connection to a lot of those families and they need to be remembered and recognized.”

She describes the performance as a hybrid of a live theatre experience.

“We are not presenting a show. It’s more of a conversation in front of an audience,” she said.

There will be a guide and the scenes will transition from year to year through the Kirkland House.

The event is being presented in conjunction with BC Cultural Days. Tickets are free, but limited and available by pre-registration on BCCultureDays.ca. Performances will be at 2 and 5 p.m.

“It’s a very different process than professional theatre with a script, but for me it has always been exciting to work this way,” Keenleyside said. “I’m very happy with how it has all come together. I’m really interested in this idea of heritage being a lived thing. Coming away from this show I hope people connect with Delta’s history and have a greater appreciation for it.”