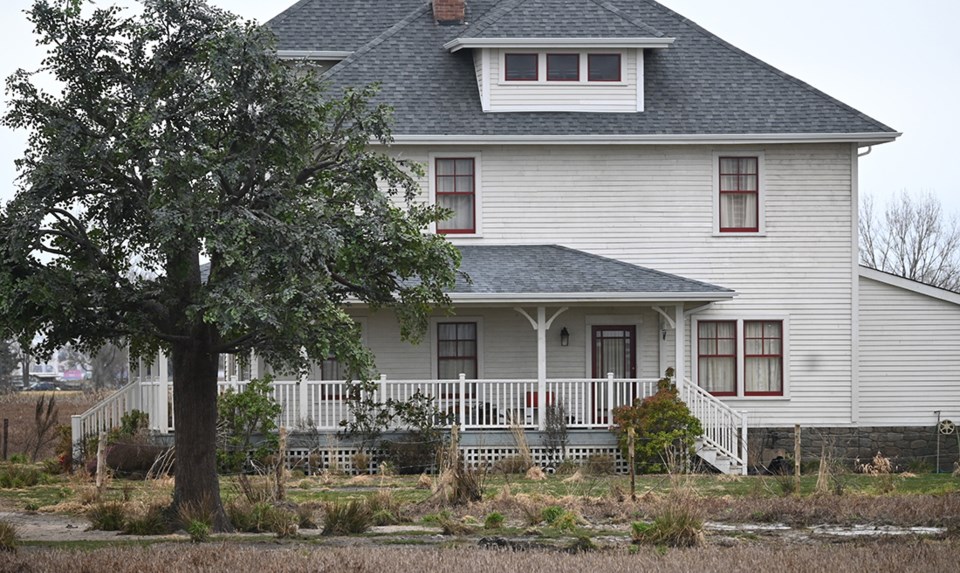 The house isn't real and neither is the tree. A local rural property is being used to create the Kent family home and farm for the new Warner Brothers series Superman and Lois that debuts on Tuesday night. Mark Booth

There will be plenty of Delta flavor when Superman and Lois debuts on The CW Network and the CTV Sci-Fi Channel tonight.

The Warner Brothers produced series has been shot in several areas of the city since filming began back in October, including the main set in Ladner that features the Kent’s family farm located in the fictional town of Smallville, Kansas. East Delta Hall has also been used on several occasions.

The series is based on DC Comics’ characters Clark Kent/Superman and Lois Lane, played by Tyler Hoechlin and Elizabeth Tulloch respectively.

The plot sees the Kents return to Smallville with their sons Jonathan and Jordan where they are reacquainted with Lana Lang, her husband Kyle Cushing and their daughter Sarah, when their idyllic life is upended when the ‘The Stranger’ enters their lives.

The first season consists of 15 episodes.