Midtwenties Theatre Society brings Above the Hospital to Vancouver stage

Tsawwassen’s Beau Han Bridge and his Midtwenties Theatre Society will bring an original production to the stage next week in Vancouver.
Jan 5, 2018 12:52 PM By: Dave Willis 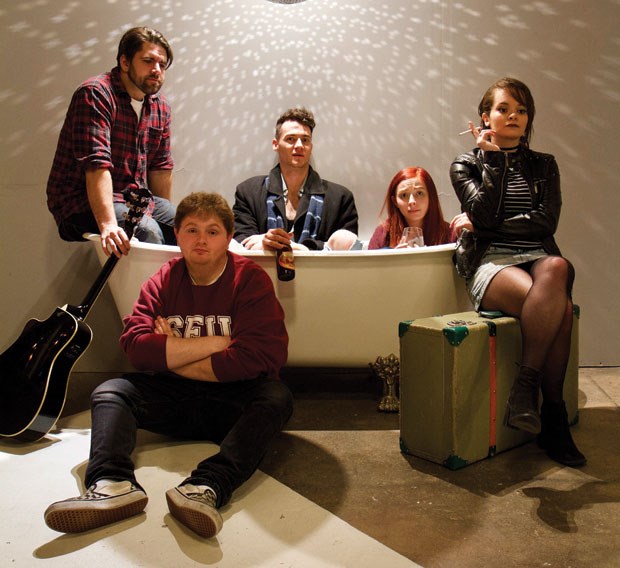 Tsawwassen’s Beau Han Bridge and his Midtwenties Theatre Society will bring an original production to the stage next week in Vancouver.

Above the Hospital, set in Vancouver over the course of an evening, is about a couple in their mid-20s who are both aspiring artists. Lauren hopes to be a filmmaker while her boyfriend Cameron has his sights set on becoming a musician.

“All they want to do is be artists,” says Bridge, 24. “But it comes to a point where, in this contemporary world today, what is the role of an artist, really? Is it really necessary?”

Bridge has written the play and is also directing.

He wrote the original draft a year and a half ago and has worked to assimilate creative input from the actors into the script. He says it’s still changing, in little bits, and doesn’t think it will be completely ready until opening night.

“Because that’s when you let it go, right?”

The production deals with things like the unaffordability of living in Vancouver, especially for young people, and social isolationism.

Although the play is difficult to put into a genre, it’s not experimental and has a very linear narrative, Bridge explains.

Bridge, who’s also an independent filmmaker, aims to address plays that are less explored in the theatre scene with Midtwenties Theatre Society and also focus on plays that can’t easily be fit into specific genres.

Above the Hospital marks the second play for Midtwenties, which took on Kenneth Lonergan’s This Is Our Youth last year.

Midtwenties Theatre Society, along with Red Gate Arts Society, presents Above the Hospital from Friday, Jan. 12 to Sunday, Jan. 21 at the Red Gate Revue Stage on Granville Island. Tickets are $20 and available online at www.mtstheatre.com.