Almost a year to the day that they were shut down due to the COVID-19 pandemic, local theatre troupe the Sidekick Players are back…virtually that is.
Mar 19, 2021 12:00 PM By: Ian Jacques 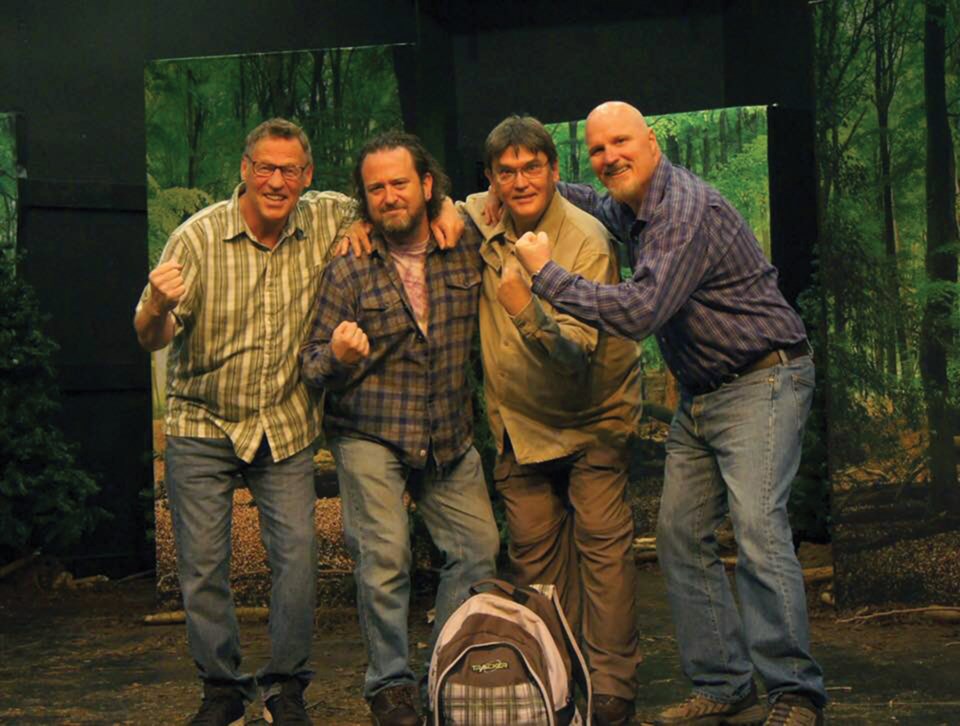 Almost a year to the day that they were shut down due to the COVID-19 pandemic, local theatre troupe the Sidekick Players are back…virtually that is.

With the Tsawwassen Arts Centre still closed due to the pandemic, the Sidekick Players have been working hard to get back to presenting theatre to South Deltans in some way, especially for their amazing subscribers, so next Saturday, March 27 at 7:30 p.m., Sidekick Players presents Norm Foster’s Outlaw in a free Zoom theatre presentation.

Reuniting for the performance are the four men from The Wild Guys, Todd-Elliot Gates, Jeff Pannell, Gerry Park and Brad Felton.

Outlaw tells the tale of a young Canadian homesteader travelling far from home who finds himself accused of murder in the state of Kansas in 1871. With only his wits to defend himself, he turns the law of the land - and the men hell-bent on enforcing it - upside down. This authentic western is a unique take on the days when guns were the law.

Following the presentation, viewers are encouraged to stay “in the room” and have a chat about the play.

Sidekick Players president and director Carroll Lefebvre said the performers are looking forward to connecting with their audience again even if it is just in a virtual way.

“We’re happy to be doing this, even though it will be different. It has been challenging, but it has been coming along great,” said Lefebvre. “The four guys have all worked together before so that makes a big difference and because we wanted to come back, in some way, rather quickly, it just made sense to do it this way rather than a broad casting call, which of course, you just can’t do at the moment.”

Lefebvre said Sidekick have been talking about virtual performances for a while now.

“We started talking about this a couple of months ago, how we could do this, if we could get into the theatre and then stream it, but then we thought, we could do this as a costumed play reading,” she said. “It’s just more cost-efficient for us to do it this way.

She said they hope to do more Zoom performances this year with an idea to get back into the theatre either late this year or early 2022.

“We have the first two plays ready to go. They were the first two of last year’s season. One was already in rehearsal,” she said. “Everyone is being really cautious about what they open and when they open and we are fine with that. Fingers crossed we can get in there by the fall or early 2022.”

To be included in this first Zoom performance, email: sidekickplayers@outlook.com. The link to the performance will be sent to you on March 27.