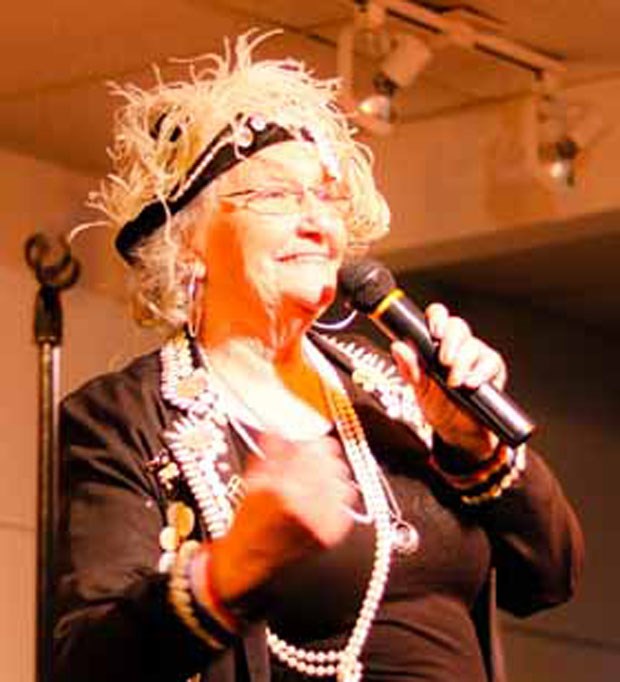 Susie Francis hits the stage with her own show I’m Not Dead Yet on Sunday, Sept. 22 at 3 p.m. at Ladner United Church.Susie Francis

Susie Francis hits the stage with I’m Not Dead Yet on Sunday, Sept. 22 at 3 p.m. at Ladner United Church.

The show, part of the popular Sunday @3 Concert series, reflects some of the highlights of the decades of her life through stories, music and comedy.

Much of her youth was spent touring England and Europe with her family in show business. In later years she attended the Royal Academy in London, England, and was awarded scholarships.

Her life changed dramatically when her family moved back to Vancouver to take part in the restoration of Barkerville. Before she started her summers there, the Cave nightclub hired her to work in the chorus line and later as a choreographer. Through the Cave she met many famous entertainers such as the Mills Brothers, Pearl Bailey and Eartha Kitt.

Francis has a knack of capturing some of those experiences in her humourous stories.

Next she took part in Expo ‘67 in Montreal in the Fort Edmonton Pavilion. There she filled many roles – as a singer, dancer, choreographer, comedian and Klondike Kate. She was very versatile in the back stage area with scenery and costumes.

She formed her own band, the Cracker Jacks, who played in Montreal and Toronto before she moved back to B.C.

Francis was a familiar sight working with Lance Harrison and at jazz festivals during the 1980s and 1990s.

In the latter 1990s she worked with many other musicians and formed the Pearly Show Band as well as directing for the Vaudvillians, the Versatiles and the Funtastics.

As a multi-talented entertainer, she has captured the hearts of other entertainers and many who enjoyed her shows.

She has excelled in creating humorous stories with a bit of history and songs that reflected specific times in her life. It is truly the life of an entertainer.

Tickets for the Sunday @3 concert are $10 at the door.