Tsawwassen actor returns to the stage

Theater In the Country presents five live streams of Salt-Water Moon starting on Valentine's Day
Feb 10, 2021 10:30 AM By: Mark Booth 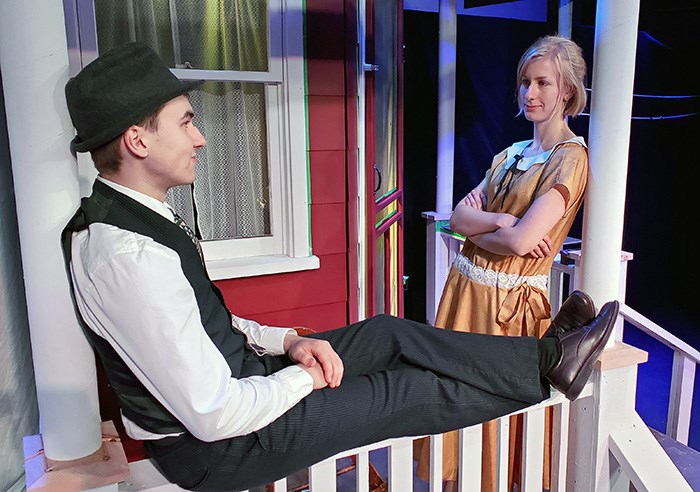 Everett graduated from UBC’s theatre program in 2019, and was performing across Canada at various Fringe Festivals culminating at the New York FRIGID festival in February of 2020.  A month later, was back at home due to the pandemic wondering what would happen to the art of theatre that she loved and had spent the last four years studying. In January she saw an audition notice for Salt-Water Moon. She loved the play, and was amazed to see that there was a theatre company still mounting shows.

Theatre in the Country’s mantra of Live When We Can And Online Always offered her a chance to keep doing the thing she loved most. She auditioned, won the role of Mary, and is delighted to be back on stage starting this Sunday.

Joining Everett in the two-person play is Tyler Boe, who has many local theatre credits to his name. They play Jacob and Mary, a teenage couple in 1926 Newfoundland whose relationship was shattered when Jacob suddenly left for Toronto without telling Mary.

Over the next year, Mary has become engaged to another man, when suddenly Jacob returns to try and win her back. It’s a moonlit August night as the two young people try to figure out their hearts, their feelings and if they can really trust one another as they teeter on adulthood.

Salt-Water Moon is the best known of Canadian Playwright, David French’s plays. It fits well into TIC’s 2021 theme of Here Comes The Light, and the goal of keeping cast numbers low, so that rehearsals and performances can be COVID safe.

Theatre in the Country continues to hope that as COVID numbers fall, they will have a chance in the coming months to open their doors to a live audience. Over the fall of 2020 they ran three shows for audiences of 50 or less a night.

Currently on their stage are three separate sets stacked one in front of the other in hopes that some of those plays can be remounted for a live audience in the near future.

Tickets for Salt Water-Moon are $30 a viewing point and can be purchased at: theatreinthecountry.com.