Tsawwassen actor stars in Theatre in the Country production 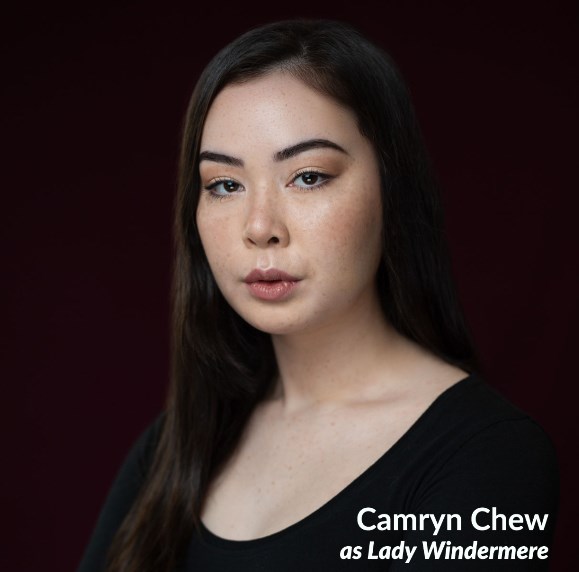 Tsawwassen's Camryn Chew stars in Theatre in the Country's Lady Windermere’s Fan which will be available for online viewing Friday and Saturday.Submitted

Tsawwassen’s Camryn Chew is starring in Theatre in the Country’s online production of Lady Windermere’s Fan by Oscar Wilde which can be viewed this weekend.

Chew was involved in South Delta Secondary School’s Equinox Theatre, as well as the Delta Film Academy before taking her acting career to Capilano University where she recently graduated from the Acting for Stage and Screen Program.

She still has deep roots in her hometown as she serves on the board of directors with the Coffeehouse Theatre Society, a Tsawwassen-based theatre company for young and emerging artists that was launched in 2018.

Some of Chew’s more notable roles in her stage career includes MacBeth (Lady MacBeth), The Comedy of Errors (First Merchant) and The Importance of Being Earnest (Lady Bracknell).

Lady Windermere’s Fan is one of Oscar Wilde’s most witty and uncompromisingly satirical plays as it takes a serious yet comedic look at marriage, sex and gender.

There are two schedule shows on the Zoom platform at 7:30 p.m. on Friday and Saturday with the “doors” opening at 7 p.m. It is a “pay-what-you-can” cost format, starting at $10 with viewing access available at theatreinthecountry.com.

1606
Letters: People of Delta should not pay this bill
444
Dolphins Swim Club getting national and provincial attention
359
City of Delta cruise ship terminal could depend on Massey Tunnel replacement
339
Letters: Why is the word “God” still part of our national anthem?
328
Letters: How does the Premier feel about travelling to get his vaccine?