Camryn Chew of Tsawwassen once again graces the TIC Online stage
May 24, 2021 12:30 PM By: Staff Reporter 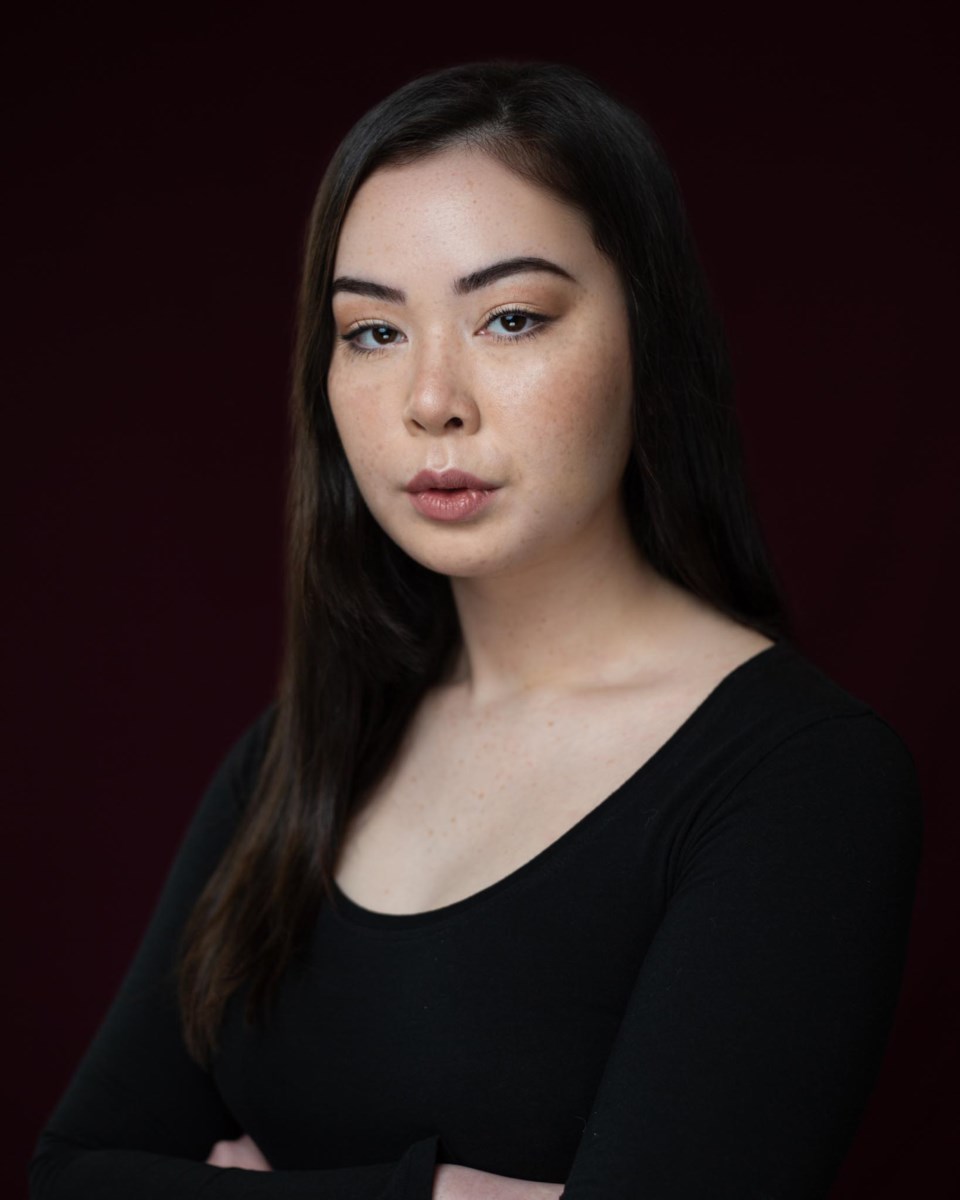 Camryn Chew of Tsawwassen once again graces the TIC Online stage in the role of the ordained priest. She is reversing the way things used to be, in this gender bending role, when women were not allowed on the stage on Shakespeare's day.Contributed/Theatre in the Country

Langley’s Theatre in the Country is delighted to be bringing Shakespeare to life over Zoom this weekend.

In its 37th production since April 2020, Canada’s most prolific theatre during the pandemic will present Much Ado About Nothing by William Shakespeare in a fast-paced, updated abridged version of one of the classic romantic comedies of all time.

Camryn Chew of Tsawwassen once again graces the TIC Online stage in the role of the ordained priest. She is reversing the way things used to be, in this gender bending role, when women were not allowed on the stage on Shakespeare's day.

Much Ado About Nothing is directed by TWU Grad, and frequent performer and director at TIC, Nicola Shannon. Shannon also edited the script down from its usual two hours and 50 minutes to a lean and delightful 90-minute tale that captures all the best parts of the story, and keeps the characters alive and fresh.

Much Ado About Nothing begins with the return of soldiers from abroad: Don Pedro, accompanied by Claudio and Benedick, return triumphant to the home of Leonato, an Italian nobleman. Claudio immediately falls in love with Leonato's daughter, Hero, while Benedick verbally spars with Leonato's niece, Beatrice (though this is just a form of flirting).

After a masked ball, Claudio and Hero decide to get married. Impatient for the festivities to begin, the group decides to align Beatrice and Benedick by allowing them to overcome their pride and admit their love for one another. The scheme works. However, another scheme, perpetrated by Don Pedro's illegitimate brother (Don John) and his cronies, makes Claudio believe that Hero has been unfaithful to him. He spurns her on their wedding day, humiliating her and her family. However, Don John's cronies confess to their misdeed, and Claudio, led to believe that Hero has died of shame, agrees to marry Leonato's other "niece," who is really Hero in disguise.

At the wedding, Hero is unmasked as her true, virtuous self, and the two sets of lovers are prepared to be happily married.

This is TIC’s second venture with a Shakespeare play. The first Romeo & Juliette: Assisted Living put the classic piece on its head as the star-crossed lovers were two members from a senior’s home from rival floors whose adult children were trying to stop them from falling in love. It was a rave success and a lot of fun, so the TIC production team is keen to see what comes of this updated and cross gendered version of Much Ado.

Over the past 13 months TIC has produced 36 plays either online, live streamed or live in their theatre.

Tickets to Much Ado About Nothing are Pay-What-You-Can from $10 and are available online at theatreinthecountry.com or by calling 604-257-9737.