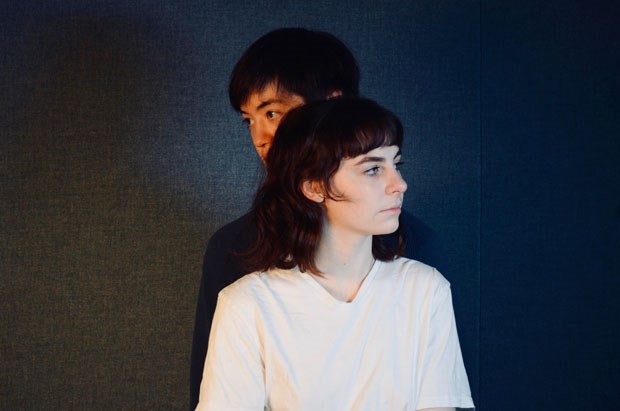 Beau Han Bridge and Shelby Satterthwaite star in Persephone’s Cave, which hits the stage as part of the 2019 Frigid Festival in New York this weekend.submitted

Tsawwassen playwright Beau Han Bridge is taking a bite out of the Big Apple.

Presented by Bridge’s Midtwenties Theatre Society, the play runs from Feb. 23 to March 7 at the Kraine Theatre.

“It's quite exciting and overwhelming at the same time. I was very worried about the logistics and feasibility of bringing an actual show to a city that is across the country (and across the border), but we ended up using these constraints as creative obstacles for our show,” said Bridge.

“The result has made the show a lot more internal and intimate, which I feel is very appropriate for this New York City scene, which consists of a lot of tiny black-box theatres scattered all over the Broadway area. The overall theatre scene here is booming and we already feel incredibly welcome here.”

Set in present day Vancouver, Persephone's Cave tells the story of two outcast adolescents named Persephone (aspiring filmmaker) and Hayden (aspiring poet) who have chosen to escape the world by locking themselves away from the rest of society, for the rest of their lives, in the projector room of an old cinematheque.
Angsty monologues, metaphorical soliloquies and bold chemistry come together in this original production written by Bridge who is joined on stage by Midtwenties Theatre Repertoire player Shelby Satterthwaite.

“Being two individuals coming from a small-town with nothing but high school drama classes and spring musicals, we've always dreamed of what it would be like to live and/or perform in this mecca city of theatre,” added Bridge. “We both have always figured that we would at least get a chance to maybe visit New York City for like a week-long vacation and see a Broadway (or off-Broadway) show someday, but we never imagined that we would be able to do so and get a chance to actually perform an original show of ours in the city at all.”

Bridge said their collaboration works well due to a mutual trust and respect in each other.

“We work well together for a number of reasons, I think,” added Satterthwaite. “One of them being the fact that we have a lot of trust in one another's abilities, vision and work ethic. This show specifically requires a lot of trust because it's a very intimate and emotional show, so the fact that we really trust each other really works in our favour. Another reason is that we have very similar creative styles when it comes to character and type of show, but we also have enough differences to create a nuanced and compelling show.”