Turning the lessons learned in this challenging year into a children's storybook that aims to inspire the next generation to be the change in the world.
Dec 22, 2020 1:33 PM By: Lindsay William-Ross 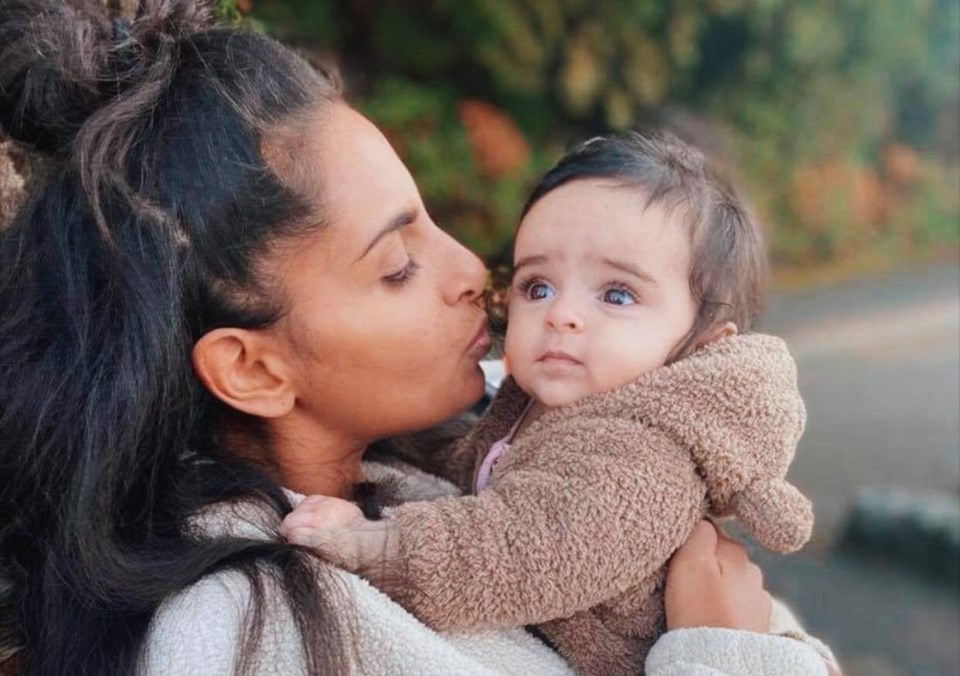 But for so many families across the globe and here in Metro Vancouver, 2020 was also a year of profound joy, as they welcomed new little lives into their homes and hearts.

Among those new parents across the Lower Mainland are Tsawwassen resident Celeena Sayani Antonio and her husband, Austin, who welcomed their first child, a daughter named Mikaya, in June.

Six months after welcoming her bundle of joy in an otherwise anxious and challenging year, Sayani Antonio has released her first book. It's a children's storybook called Twenty Twenty Baby that takes on some of the big issues we grappled with this year in the hopes of celebrating all the new young people that joined the world in 2020 while empowering these kids to stand up for what's right and "be the change" in their own futures. 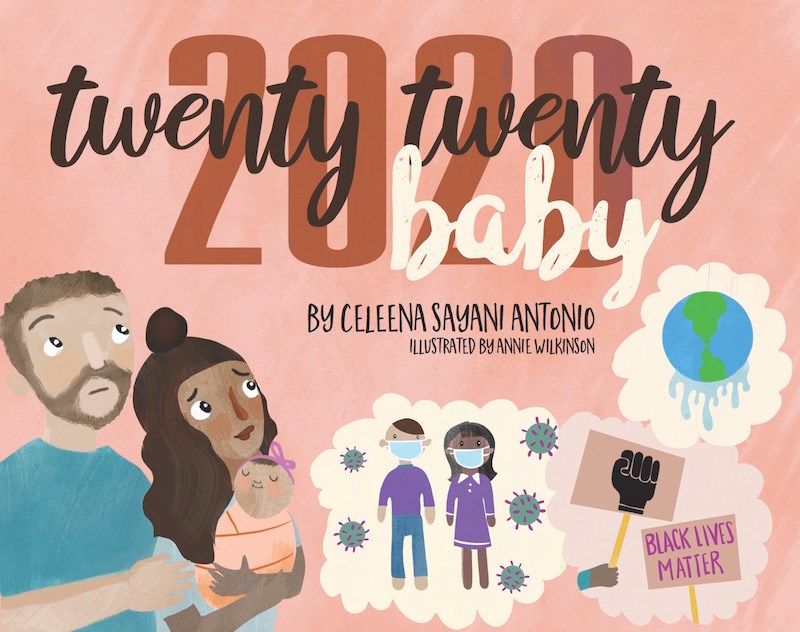 Like most expectant mothers, Sayani Antonio's pregnancy began with excitement and the anticipation of the events and small touchstone moments often shared by a mom-to-be and her partner, family, and friends. However, as the COVID-19 pandemic struck British Columbia as winter was ending, Sayani Antonio says the excitement turned to anxiety and fear. Instead of the baby shower she imagined, Sayani Antonio found herself worried about the safety of shopping at the grocery store or getting together with loved ones.

"It was a tough time, it really was lonely," Sayani Antonio tells Vancouver Is Awesome in a phone interview.

Sayani Antonio says the many FaceTime calls, Zoom "happy hours" and phone chats she engaged in were lifting her up and keeping the isolation at bay.

Through those conversations before and after Mikaya was born, Sayani Antonio says she began crafting a plan to put together a kid-friendly book about what it might mean to have a "2020 baby," to share among her friends and family. That idea expanded once the new mom realized there were lots of other families like hers who had found such light and hope amidst the turbulence and hard lessons of 2020 and she knew she wanted to create a book that others could buy.

Twenty Twenty Baby takes on what Sayani Antonio narrowed down as the key issues she and her husband were most impacted by this year: the coronavirus pandemic and the Black Lives Matter movement. "There were so many things that went down this year, we were writing and constantly changing the manuscript for that very reason," she adds, noting that she had to set aside ambitions to take on every single issue that claimed headlines in 2020 in the book.

Writing the book wasn't the first time Sayani Antonio spent a lot of time thinking about the world into which she and her husband were bringing a new life. The brand strategy and marketing professional had been thinking about the kind of child she hoped to raise long before her maternity leave got underway. 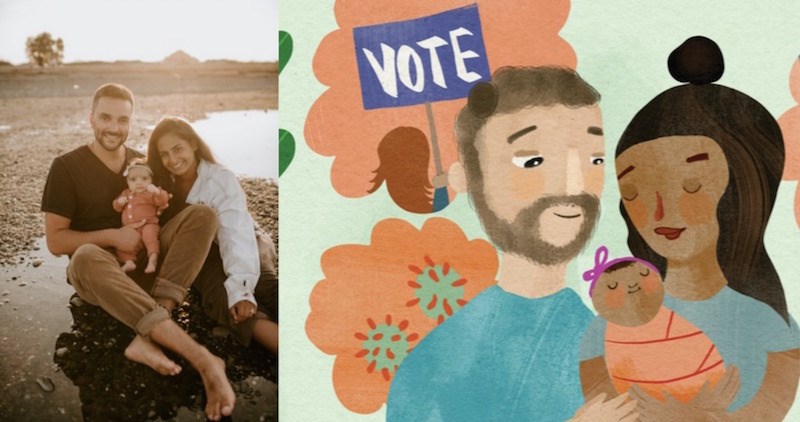 Sayani Antonio says she and her husband had several in-depth conversations about what it might mean to have a child when the world at times seemed like it was full of "so much chaos, so much disappointing news." But those talks ended with the couple's profound resolve: "If we are going to bring a kid into this world we are going to raise the best kid in the world."

While she says she and her husband's childhoods were somewhat sheltered and that they "didn't know what was going on in the world," Sayani Antonio is making sure her household "doesn't shy away from the issues," and instead is an environment where the family can have conversations about social issues and injustice, with education and awareness of what's going on in society not glossed over.

Sayani Antonio says she took on the pandemic and the Black Lives Matter movement in a "light and digestible" way in her book, and she used all the kids of friends and relatives as her "test market" to make sure it would be understandable and well-received.

"The book is also a call to action for parents as equally as it is for kids," Sayani Antonio explains. She says most of the kids "felt super empowered" after being read the story, which is exactly the reaction Sayani Antonio had hoped for. Her hope, she says, is that kids close the cover and think "Yes I can change the world, I do want to stand up for what I believe in and what's right!" 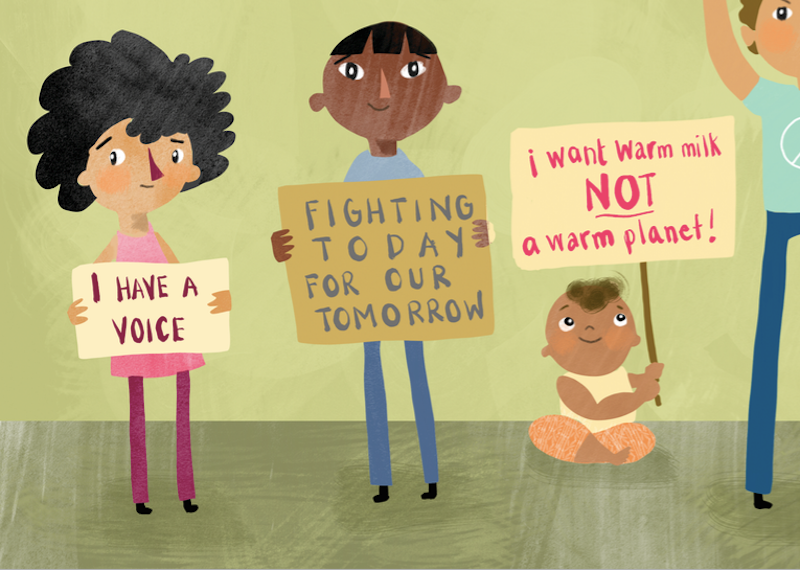 Vancover-based illustrator Annie Wilkinson came on board after Sayani Antonio went in search of someone to "explain the issues in imagery" for the book. Wilkinson, whom Sayani Antonio describes as a strong female and a perfect fit for the project, was able to use her playful and colourful style to really bring the story to life and "spark some lightbulbs" for the young readers.

Twenty Twenty Baby, which is a softcover book made in Vancouver, has sold over 500 copies so far since its December release, marking another positive milestone in this tumultuous year for Sayani Antonio.

"This year has been challenging for so many people in so many different ways...but this year has also brought us and my family life. It's brought us this sweet little angel that has made our life so much brighter, and I will never forget the year that she was born, and I am so grateful that this year made me slow down," explains Sayani Antonio, who adds she is appreciative that "staying home" to keep safe allowed her to better know her husband, parents, sister, and newborn daughter.

"We became such a stronger family unit."

And strength is at the heart of Twenty Twenty Baby. "I want kids to think 'I'm never going to give up,'" says Sayani Antonio of her book and its lessons. "Hopefully when they are older, the world will be a little brighter."

Adds the new mom and author, "I don't want 2020 to be cancelled, because of the lessons it's taught us about the work we have to do."

Twenty Twenty Baby is available to purchase online for $12.99, and $1 from each book sale goes to the BC Children's Hospital Foundation.

This book chronicles what it was like to work at Vancouver's legendary Woodward's Food Floor in the sixties
Dec 6, 2020 8:15 AM
Comments