The livestreamed event will present plays Guitar Strings and The Wall That Divides Us
Jul 19, 2021 12:00 PM By: Dani Penaloza/Contributing Writer 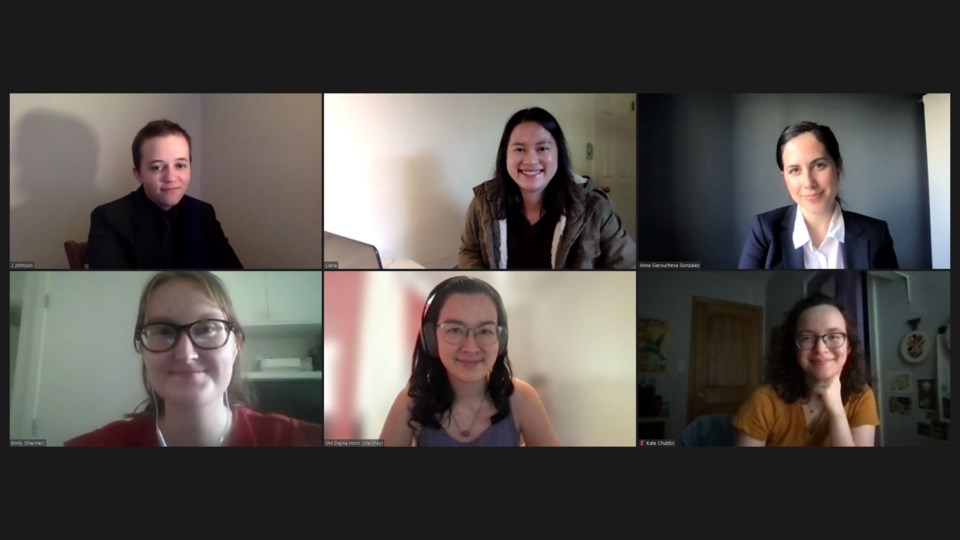 Curl up on your couch with a bowl of popcorn and tune in to this year’s CoffeeMakers Festival for an evening of theatre featuring South Delta performers and directors.

From July 23 to 25, the Coffeehouse Theatre Society will host their second virtual festival that will feature a double bill of the short plays Guitar Strings and The Wall That Divides Us.

“We did something a bit different this year, and we put out a call for writers on our social media. We asked people to submit ideas that they had for a digital festival,” says Kate Chubbs, production manager and a producer of the festival.

Out of the submissions, the Coffeehouse Theatre Society’s board of directors – who are all SDSS graduates – selected Vivian Li’s Guitar Strings and Kaitlyn Alderson’s The Wall That Divides Us.

“We’ve never commissioned work before, so that’s really exciting for us,” says Chubbs.

Each evening of the festival will present both plays over Zoom with a short intermission between the two. Tickets can be purchased for a minimum donation of $1.

“This is our fourth season, and it’s the biggest and widest range of cast and crew that we’ve had yet, so it’s kind of an exciting preview of what we might be doing in the future,” says Chubbs.

“We strive to create opportunities for youth in the Lower Mainland to participate in semi-professional theatre and to get to work with like-minded individuals who just want to create amazing shows together,” reads Coffeehouse Theatre Society’s website.

To purchase your tickets, go to www.eventbrite.ca/e/the-coffeemakers-festival-tickets-158760172951.