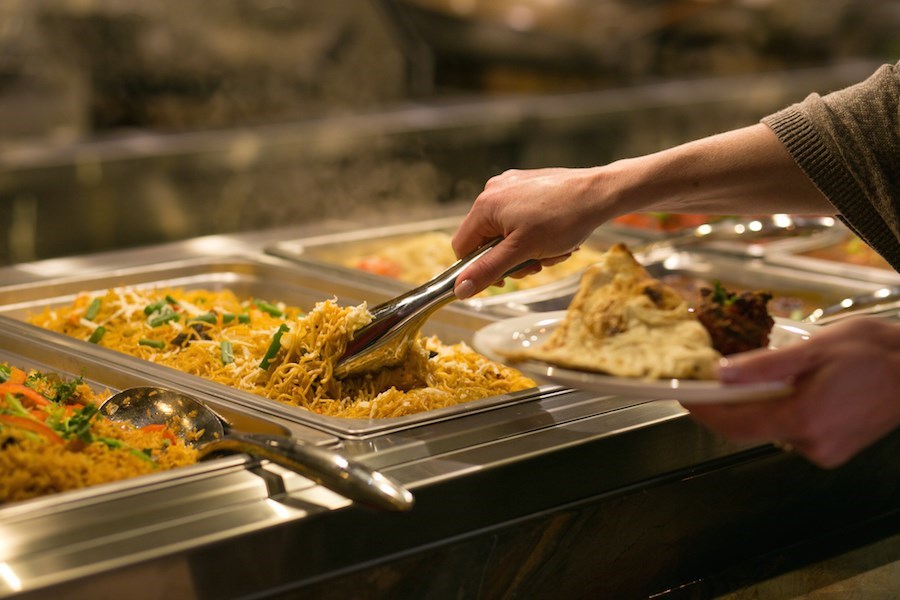 Tandoori Flame is known for their Grand Buffet, but things will be a little different now.courtesy Tandoori Flame

When you're the biggest Indian buffet restaurant in North America, how the heck can you re-open in the COVID-19 era while adhering to distancing and safety protocols mandated by the province?

That's the predicament Tandoori Flame found themselves in this May when the popular two-year-old restaurant on the Delta-Surrey border began to strategize how they could continue to offer their 150-item self-serve spread to thousands of diners each week.

Though the restaurant says they considered having staff doling out food to customers from behind a barrier, the concern remained about customers being able to maintain physical distancing while visiting the buffet stations and circulating in the restaurant.

Instead, in order to proceed, Tandoori Flame says they opted to revamp what they serve and how they serve it - in fact, they will be serving it to seated guests.

Tandoori Flame, which is re-opening for business June 1 - exactly two years to the day of their much-heralded debut in Metro Vancouver - will be bringing their 'Grand Buffet' concept to the guests in a format similar to an all-you-can-eat sushi restaurant, and the food served family-style.

Slimming down their offerings to a core 60 or so dishes, diners will receive a menu listing all the items, broken into seven courses, plus a kids' menu. The server will bring out the dishes by course to the table.

The restaurant will also charge a fee per portion of wasted food, at $5 per full portion and $3 per half-portion.

“We are essentially re-inventing the wheel and our entire process,” said Shraey Gulati, Managing Director of Tandoori Flame Restaurants.

Additionally, Tandoori Flame will continue to offer their take-out menu once they have re-opened.

Tandoori Flame currently operates three buffet restaurants; in addition to their Surrey/Delta location, their two original restaurants are in the Toronto suburbs of Mississauga and Brampton. They are also behind Happy Singh Eats, an Indian street food-inspired restaurant located across the way from Tandoori Flame. Happy Singh had been eyeing a June launch; however, they are now looking to August for an opening.

Tandoori Flame is located at 11970 88 Avenue in North Delta. They re-opened on Monday, June 1.