SDSS grad set to make a splash at Emmy Awards 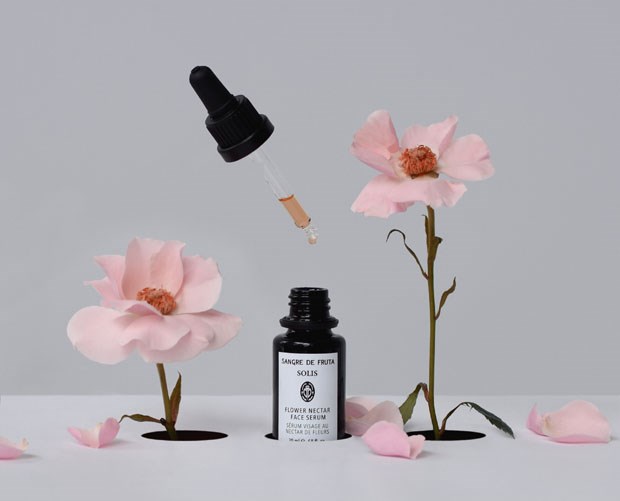 Sangre de Fruta has been developing a serious following in the past few years.

A South Delta Secondary grad is set to make a splash next week at the International Emmy Awards ceremony in New York City.

Sangre de Fruta Botanical organic skin and haircare boutique, based on Bowen Island, has been selected to include its products in gift bags for the awards ceremony honouring the world’s best television on Nov. 25.

Company founder Allison Audrey Weldon, who was born and raised in Tsawwassen, said the gift bags will include their popular Flower Nectar Face Serum known as Solis, and two organic perfume roll-ons, Rose No.1 and Jasmine de Nuit. Hundreds of other international celebrities, presenters and nominees in attendance will receive a bottle of the Solis Flower Nectar Face Serum as well.

“Considering the organizers of the International Emmy Awards have their pick of the world’s best products, my small team and I are incredibly honoured,” said Weldon, adding she was in total disbelief when she received an email. “At first, I thought it was spam. I mean, we’re just a small company on a tiny island off Vancouver so it just seemed too good to be true that the International Emmys would seek us out like that.”

While Sangre de Fruta may be a small company, it’s been developing a serious following in the past few years after receiving a spontaneous public endorsement in US Weekly from environmentally-minded actress Jennifer Beals and reviews from international health, beauty and fashion publications such as Vogue, Goop, Harper’s Bazaar, Nylon, Fashion and Elle.

Sangre de Fruta was founded by Weldon after years studying under a Vancouver-based collective of international expats who led a renowned holistic medicine apothecary in the hippie haven of Kitsilano during the 1970s.

During the course of her apprenticeship, she learned the art and science of therapeutic botanicals from master holistic practitioners. Guided by a desire to share the secrets of holistic indulgence, she created Sangre de Fruta’s organic products.

Helping Delta businesses through the pandemic
Nov 30, 2020 7:00 AM
Comments
We welcome your feedback and encourage you to share your thoughts. We ask that you be respectful of others and their points of view, refrain from personal attacks and stay on topic. To learn about our commenting policies and how we moderate, please read our Community Guidelines.