Let's go back in time to Ladner Village and check out the east side Delta Street in 1946. The above photo from that year shows the buildings between Bridge and Trenant streets.
Dec 8, 2019 8:01 PM By: Sandor Gyarmati 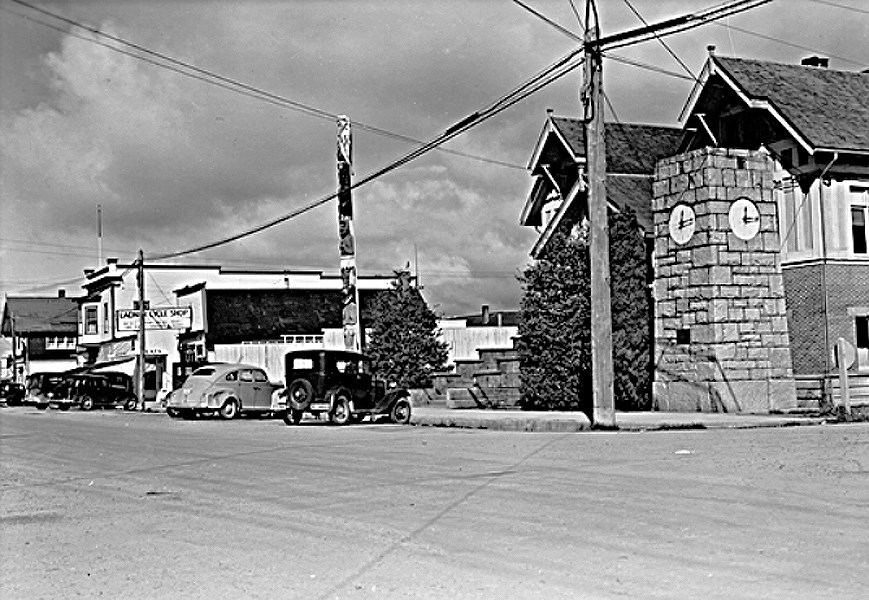 This section of Delta Street retains much of its look from many years ago. However, the century-old small commercial building that most recently housed a barber shop was demolished this week, making way for a new two-storey commercial/residential building.Delta Archives

Let's go back in time to Ladner Village and check out the east side Delta Street in 1946.

The above photo from that year shows the buildings between Bridge and Trenant streets.

The first building on the right is the Delta Municipal Hall, flanked by the W.H. Ladner Memorial Clock and Wilkes James' totem pole.

There's also the the Copp Building being constructed, which will contain three businesses: a variety store, shoe store and men's clothing store.

Another building is the Ladner Cycle Shop, which previously housed the Ladner Meat Market.

Another is the new Ladner Meat Market building, built in 1942.

The other commercial structures at that time are a cafe, the two-storey pool hall, and across Trenant Street, the B.C. Liquor Store, which will be bought by the Royal Canadian Legion, Delta Branch, in 1950.

1946 saw the first meeting of the United Nations being held, the "bikini" debuted in Paris, the Atomic Energy Act of 1946, also known as the McMahon Act, was signed into law by U.S. President Truman, Tupperware was introduced to consumers, British Prime Minister Winston Churchill gave one of his most famous speeches in which he coined the phrase “Iron Curtain” and war crimes tribunals took place in Tokyo and Nuremberg. Frank Sinatra, the Ink Spots and Bing Crosby were among the most popular musicians at the time. William Mackenzie King was Canada's prime minister.

In Delta, the census had the number of people in the municipality at around 3,800. 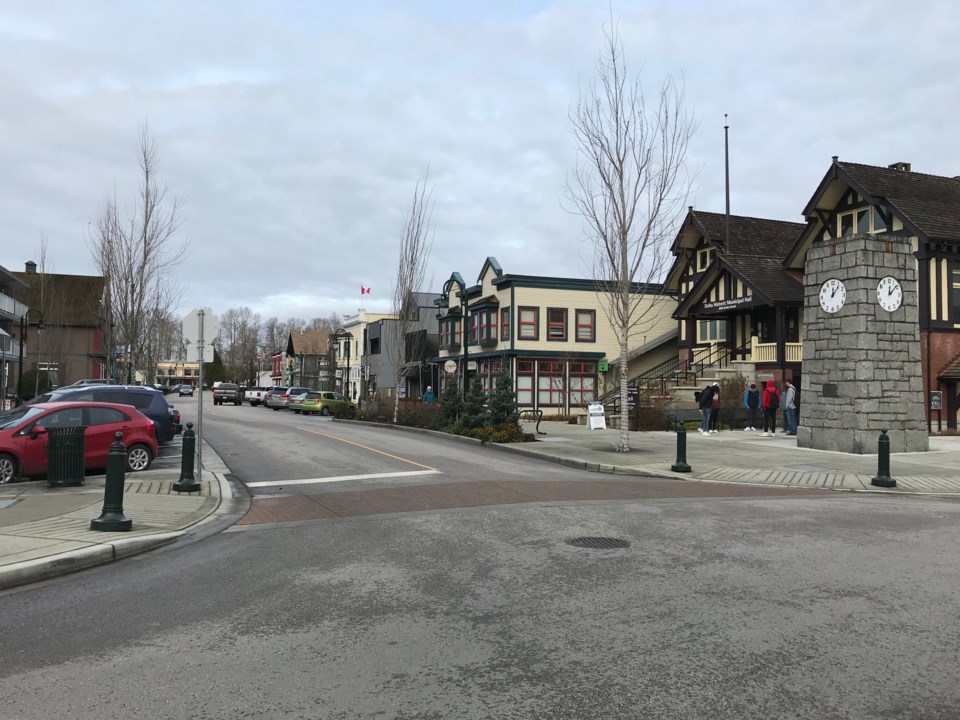