As the holiday CounterAttack campaign kicked off across the province last weekend, drivers in Delta took the message to heart and planned ahead to get home safely.
Dec 6, 2019 3:35 PM By: Ian Jacques 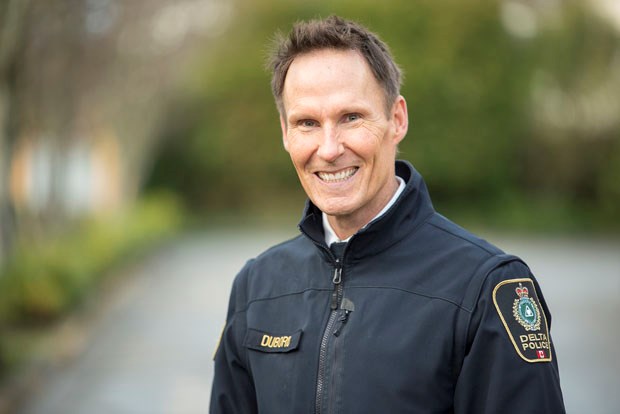 As the holiday CounterAttack campaign kicked off across the province last weekend, drivers in Delta took the message to heart and planned ahead to get home safely.

Delta police Chief Neil Dubord said officers encountered a safe weekend on the road, something he hopes will be the norm this holiday season.

“The official launch was last Wednesday and we had our officers out in force last weekend,” said Dubord. “It was a fairly slow weekend for us, so we were fortunate to not see a lot of impaired drivers or people who were driving with alcohol on their breath, so that is good to see.”

He said officers will be handling this year’s campaign a bit differently than in previous years.

“In the past we only did the campaign through roadblocks and drivers would be filtered through that. We will still do those, but we will also be doing some roving patrols as well,” he said. “We will be looking for people on our roads who have a driving pattern that may be indicative that they have been drinking and will be pulling them over. I think this will give us some different results in relation to CounterAttack.”
In the three weekends prior to CounterAttack beginning, DPD saw an alarming increase in the number of suspected impaired drivers.

Dubord hopes the CounterAttack campaign will be an extra reminder to motorists.

“I do think the CounterAttack program does provide some preventative messaging that allows people to plan for Christmas parties, but as we know, Christmas parties don’t just start the first weekend in December,” he said.

“We were seeing not just night time instances but day time as well, which is concerning when we see the numbers that we did a few weeks ago. There still are people out there drinking and driving, which is hard to believe in today’s world.”

According to statistics released by ICBC, which for more than 40 years has supported impaired driving education campaigns and funded CounterAttack enforcement, impaired driving remains a leading cause of fatal car crashes, with an average of 68 lives lost every year in B.C. On average, 17 people are killed in crashes involving impaired driving in the Lower Mainland every year.

Dubord said targeted enforcement will take place throughout the month across Delta.

“We are alternating according to our data and deploying our officers accordingly for both roving patrols and CounterAttack, so that means it could be anything from early afternoon when you are just off to a Christmas party after work, right through to late at night and early in the morning,” he said.

“This will be a full court press right into the New Year. We want people to make proper plans and figure out how you will get home safely.”