Becoming Tik Tok celebrities was never originally on the to-do list for Ladner’s Darcy Michael and Jeremy Baer, but after seven months of being on the platform, they’ve already hit 1.6 million followers.
Jul 17, 2021 10:00 AM By: Dani Penaloza/Contributing Writer 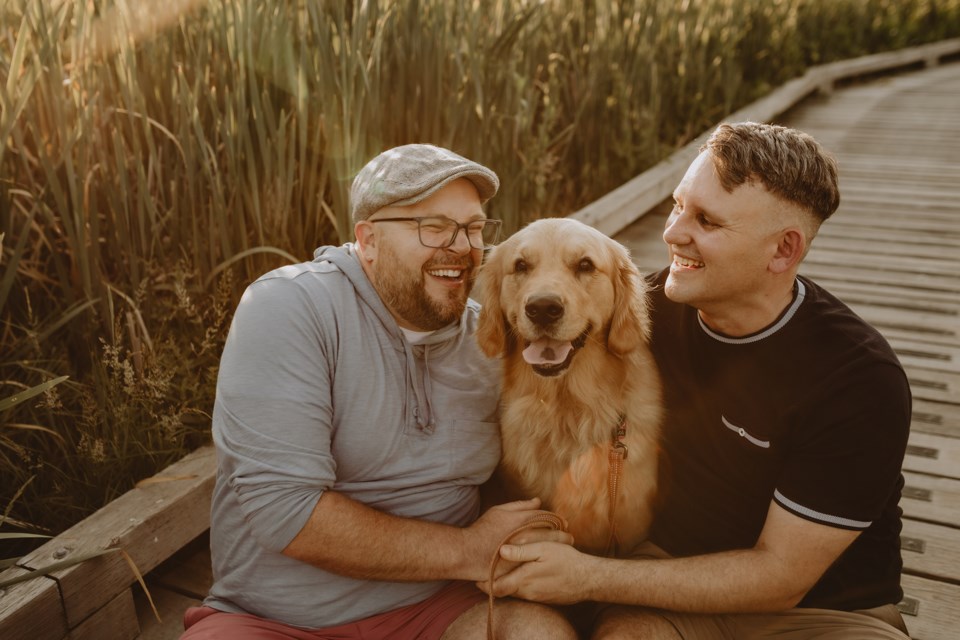 Ladner comedian and actor Darcy Michael and his husband Jeremy Baer have continued to gain a foothold on their Tik Tok fame from their relatable and hilarious content.Rachael Gibson Photography

Becoming Tik Tok celebrities was never originally on the to-do list for Ladner’s Darcy Michael and Jeremy Baer, but after seven months of being on the platform, they’ve already hit 1.6 million followers.

After a video from their dog’s Tik Tok account went viral, Michael jokes that he, too, had to jump on the chance to get his content out there.

“I, as a comedian and actor who has worked at my craft for 15 years, was so mad that my dog was now more successful on social media than I was,” he says.

Michael started out his Tik Tok journey by posting a clip from one of his comedy specials, never thinking that it would get a million views overnight.

“I was like ‘oh, this is interesting! There’s a smarter algorithm at work, and I’m finally reaching an audience’, and so, I kept dabbling with it,” Michael says.

One of their recent Tik Tok videos features Michael hurrying through Sunday’s (July 11) Ladner Village Market, sneaking off with a waist-height plant instead of the fresh produce Baer asked him to pick up.

“We just want people to feel good, like, we want [our Tik Toks] to be funny and to spark some joy in someone’s life. We’re living through some weird times right now, and I think we’re all desperate for joy,” says Michael.

However, because they have this platform, he says that him and Baer also feel a responsibility to address more serious issues.

Michael and Baer hope that having more visibility on Tik Tok will provide some more representation of what queer couples can look like, as they joke that they are tired of being compared to Modern Family’s Cam and Mitchell.

Michael also has a podcast that he co-hosts with Jane Stanton, called High School Sucked, and has a wide range of merch for sale on his website at www.darcymichael.com.