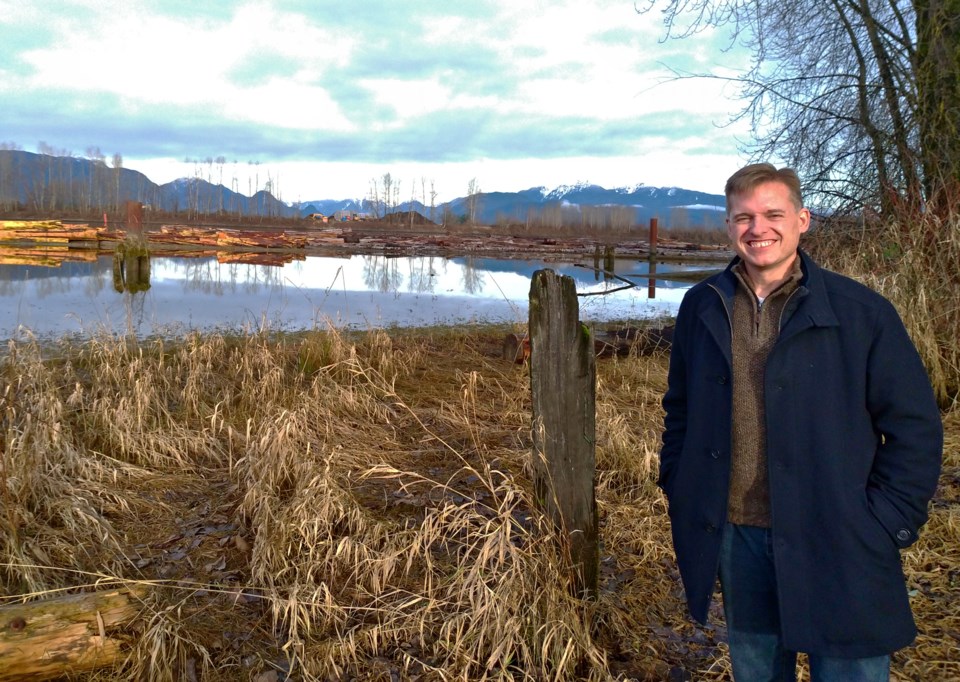 Derek Zeisman thanked Eliza Olson for her many years of service on behalf of the society, saying the new board will work hard to build and expand upon her legacy of service. Submitted/Burns Bog Conservation Society

The Burns Bog Conservation Society elected a new president and board of directors at its first-ever virtual annual general meeting held Saturday, April 3.

Derek Zeisman was acclaimed as president by the membership during the two-hour meeting.

He takes over from Eliza Olson, founder of the society who had served as president for 32 years. She will now serve as past president on the board.

A news release by the society notes attendance was one of the highest ever with more than 100 people taking part.

The others acclaimed to the board include Liz Walker as vice-president, Ed Brown as treasurer, Nancy McLeod as secretary, while seven more members were acclaimed as directors.

“I’m honoured and thrilled to take on the role of president, during this exciting new period in the society’s history,” stated Zeisman.

He also congratulated the new 12-member board, saying it “represents the strongest, most talented group of directors we’ve ever assembled.”

Founded as a not-for-profit society in Delta in 1988, the society advocates for the protection and enhanced stewardship of Burns Bog and other peatlands, which are critical natural sanctuaries for unique plants and wildlife.

The society’s last AGM was held nearly two years ago, in May 2019, due in part to the pandemic.

Zeisman also said the new board will take immediate steps to renew and strengthen its internal relationships with staff, volunteers and members, as well as with key external stakeholders including the City of Delta, Metro Vancouver, the B.C. and federal governments and many others.

Zeisman also stated the society is now entering a period of renewal following a difficult time of legal and financial turmoil, caused by a divided board and the ongoing public health emergency.

Olson, who was also a long-time executive director, and several others on the previous board had a serious falling out with the majority of the past board, a conflict that would end up in B.C. Supreme Court last year.

The court ruled against Olson and overturned the results of a meeting of a special board meeting held on June 25, 2020 to remove each of the majority directors.

The minority directors were also ordered to cease and desist from holding themselves as the sole directors.