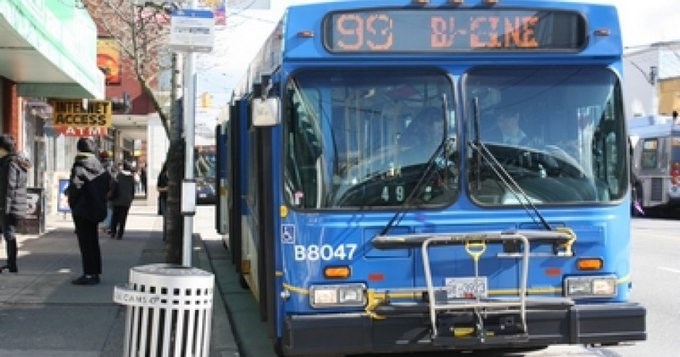 B.C.’s Human Rights Tribunal has dismissed a political belief discrimination complaint from an engineer whose professional accreditation was cancelled after he allegedly made threats of death and violence against TransLink employees.

“I have no difficulty finding that the ground of ‘political belief’ does not encompass violence or threats of violence,” tribunal member Devyn Cousineau wrote.

An Engineers and Geoscientists British Columbia disciplinary panel conducted an investigation and found that Eric Chrysanthous had demonstrated unprofessional conduct and violated its code of ethics. It cancelled his membership.

Chrysanthous alleged the association was motivated to cancel his membership because of his perceived affiliation with groups opposed to TransLink. Chrysanthous asserted discrimination based on political belief, in violation of B.C.’s Human Rights Code.

The association disagreed, saying his membership was “cancelled because he had repeatedly made threats of violence and demonstrated a marked departure from its standards of professional conduct, and that his political beliefs – real or perceived – played no role in that decision.”

The association had received complaints from Translink’s infrastructure and network management director Sany Zein – also an engineer. He alleged Chrysanthous had been sending emails under the name Eric Chris.

One said: “Either the 99 B‐Line diesel buses are gone by the end of April 2015 or you are going to be gone, soon. Do you comprehend?”

Another said: “[Certain individuals] telling drivers to take the hub to hub transit… is the same as telling drivers to eat dog food. It seems to me that we might be better off parachuting these fools over extremist held areas in Syria for ISIS to practice their execution techniques on them.”

And, said a third: “Where is Rambo when you need him? You know what I think? First, we shoot down the sales tax for transit. Then, we shoot down the dirt bags at TransLink.” Below that message was a video clip of movie character Rambo killing several people with a large gun.

Instead, Chrysanthous allegedly doubled down and emailed, “Uh‐huh; things are in the works. Sometimes, the direct solution, is the only solution.”

Below that message was a “video clip of the ‘Do you feel lucky, punk?’ scene from the movie Dirty Harry, in which Harry kills his adversary,” Cousineau wrote in the April 1 decision.

“To confer Code protection on such statements would, in my view, undermine both the purposes of the Code and the integrity of this tribunal,” Cousineau wrote.

Chrysanthous argued at the discipline panel his emails constituted political expression and activism.

Cousineau found Chrysanthous’s arguments were conjecture, that he had made no connection between the cancelation of his being disciplined to a code-protected area.

Cousineau found no reason to dispute that finding.