Majority of board at one point locked president Eliza Olson out of society's office
Feb 4, 2021 12:30 PM By: Sandor Gyarmati 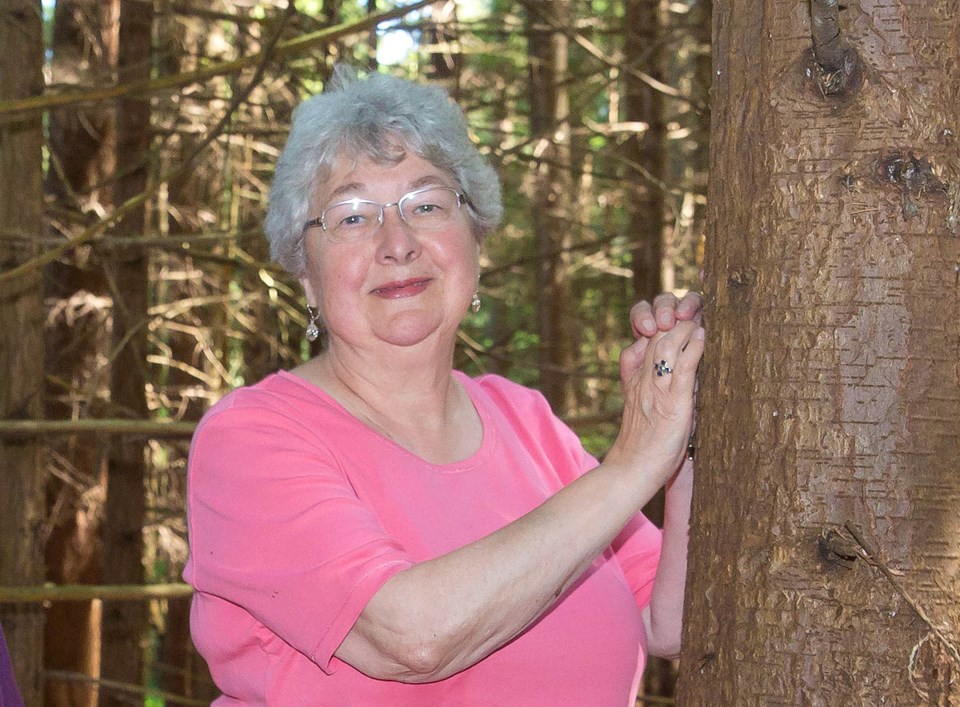 A B.C. Supreme Court judge ruled that any board meetings held by the minority directors, which includes president Eliza Olson, after June 25, 2020 were unauthorized and invalid, and any motions passed or business conducted at the meetings are of no force or effect. Delta Optimist file

The B.C. Supreme Court has ruled against the Burns Bog Conservation Society’s Eliza Olson in a case involving a bitter feud with members of the society’s board.

In a reason for judgment released Wednesday, Justice Jasmin Ahmad concluded that the manner in which a removal motion against Edward Brown, Sharon Walker, Nancy McLeod, Robert Saito and Derek Zeisman was presented, voted upon and purportedly passed was defective.

That defect resulted in a contravention of the Society’s Act and a default in compliance with the society’s bylaws, rendering the vote to remove the majority directors invalid, the judgement stated.

The five took Olson, the society’s founder and a longtime director, as well as board members Richard Brousseau, Moneca Kolvyn and Porsha Kari-Ann Von Kish to court to overturn the results of a meeting of the board held on June 25, 2020 to remove each of the majority directors.

Since that time, the minority directors have taken steps to conduct the affairs of the society without any input from the majority directors, who contend they remain directors and are entitled to their say in governing the society.

The society held an annual general meeting on May 23, 2019 at which time the society’s board was elected including Olson as president.

She was also executive director of the society, a position she held for almost 20 years.

An employee that year filed a complaint with the board alleging that he had been the subject of bullying and harassment initiated by Olson.

As a result of that complaint, at its June 20, 2019 meeting, the majority of the board voted to remove the position of executive director and to establish a board-staff liaison committee to, among other things, oversee society staff.

The board made other changes to Olson’s roles and responsibilities at later meetings, the court transcript notes.

At a meeting on Oct. 24, 2019, the majority on the board also voted to limit Olson’s responsibilities as president to chairing meetings and receiving and providing non-binding input into various staff reports.

The board voted to have Von Kish serve as the board’s secretary until the next AGM.

However, at its meeting on April 23, 2020, the board voted to remove her from that role and appointed McLeod to act as secretary.

Then at a June 4, 2020 meeting, the board voted, among other things, to remove Olson as chair for board meetings, confirm she was not the executive director of the society and to prohibit her, Von Kish and Kolvyn from entering the society’s offices in North Delta.

A day before the June 25, 2020 meeting, Von Kish delivered an email to each of the directors in which she gave notice of a motion to remove the majority directors.

The board convened the meeting over Zoom and all the directors were present.

Although it was not listed on the agenda used for the meeting, the minority directors alleged that the vote to remove the majority directors was held and passed.

On Sept. 11, 2020, Von Kish sent an email to each of the directors advising them that the minority directors had held a board meeting in July 2020 at which they purported to invalidate all pervious motions passed at the earlier meetings by the majority on the board.

Later that month, Von Kish and Olson removed the society’s accountant as its authorized representative with BC Registries, replacing her with Von Kish.

They also filed a notice of change of directors with BC Registries, removing the majority directors as directors of the society.

As a result of the dispute, the society’s bank accounts were frozen and Canada Post held its mail, which, among other things, prevented the society from paying rent, its staff and meeting other financial obligations and receiving donations through the mail, and otherwise made the continued operation of the society’s business difficult, the court found.

Last November, a B.C. Supreme Court judge made an interim order to unfreeze the society’s operations account and to release the society’s mail, pending the outcome of the petition.

The board was ordered to hold its next annual general meeting within 60 days.

The minority board members also disputed the membership list, but Ahmad noted, “Given their previous approvals, in my view, the complaint that the Minority Directors now raise about the information contained on the New Members List is a disingenuous attempt to thwart the decision of the Majority Directors. There is no merit to the first complaint.”

The judge also granted, among other things, an order that the minority directors comply with pre-June 25, 2020 motions.

The minority directors were also ordered to cease and desist from holding themselves out as the sole directors.