A large scale East Ladner greenhouse which made the switch from vegetables to cannabis has deal to utilize renewable natural gas from the Vancouver Landfill. Village Farms International Inc.
Nov 18, 2020 9:05 AM By: Sandor Gyarmati 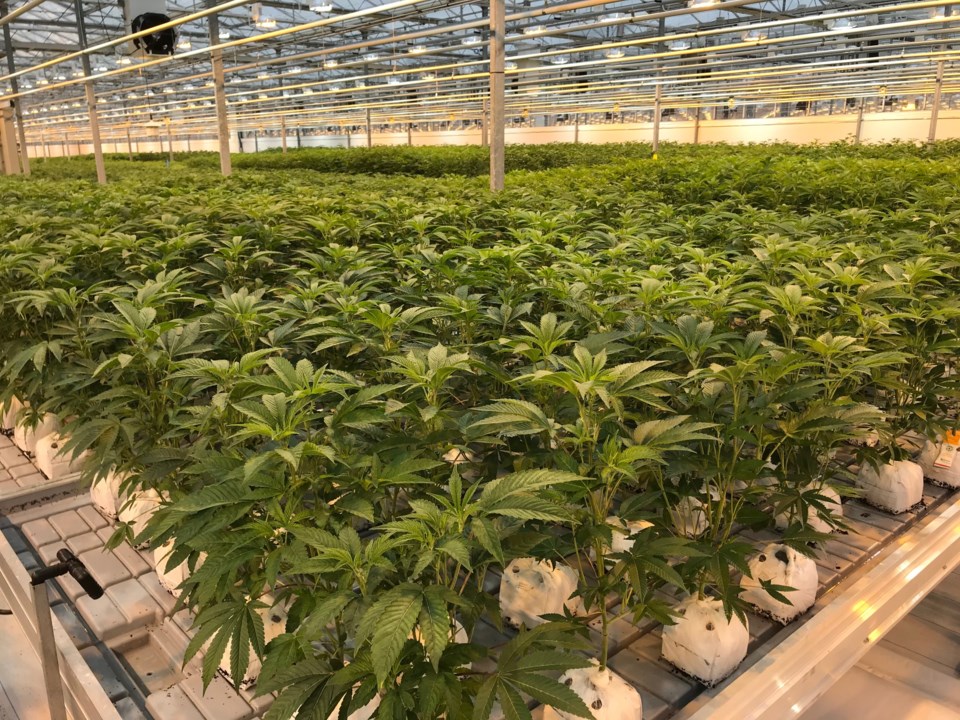 The City of Vancouver notes that when the new RNG project is complete and fully operational, the facility at the landfill will reduce emissions by 12,500 tonnes of CO2 annually, equivalent to taking about 2,600 cars off the road every year. The cannabis operation Pure Sunfarms in East Ladner will be one of the customers.Delta Optimist file

A large scale East Ladner greenhouse which made the switch from vegetables to cannabis has deal to utilize renewable natural gas from the Vancouver Landfill.

Village Farms International Inc. announced its wholly owned subsidiary, Village Farms Clean Energy Inc., has renewed and expanded its existing contract with the City of Vancouver, which operates the landfill in Delta, under which the greenhouse receives captured landfill gas.

The plan is for Village Farm to significantly reduce its reliance on natural gas to produce CO2 in its operations, transitioning and converting landfill gas into renewable natural gas (RNG), which will also generate food-grade liquid CO2.

The 20-year extension period has an option for an additional five-year extension and commences upon start-up of the Delta RNG Project’s commercial operations.

In partnership with the City of Vancouver, the project will capture and purify biogas created by decomposing organic matter at the dump.

It's then blended with conventional natural gas in FortisBC’s existing infrastructure to lower the carbon intensity of the gas being delivered to customers.

The RNG generated from the landfill will be delivered into the local natural gas distribution system as a renewable source of energy.

The Delta RNG project received approval from the B.C. Utilities Commission last fall but still needs additional regulatory approvals which are expected to be received in early next year.

The project is expected to begin operations in the first half of 2022.

Now selling to the B.C. and several other provincial cannabis distribution branches, Pure Sunfarms this summer got the go-ahead from Health Canada, based on the company’s initial production area, to expand into a second 1.1 million square foot greenhouse facility at the site, allowing it to expand capacity as needed through successive license amendments.