The City of Delta is prepared to strip the Delta Hospice Society of the tax-exempt status for the society’s fundraising thrift shop.
Jun 15, 2020 8:00 PM By: Sandor Gyarmati 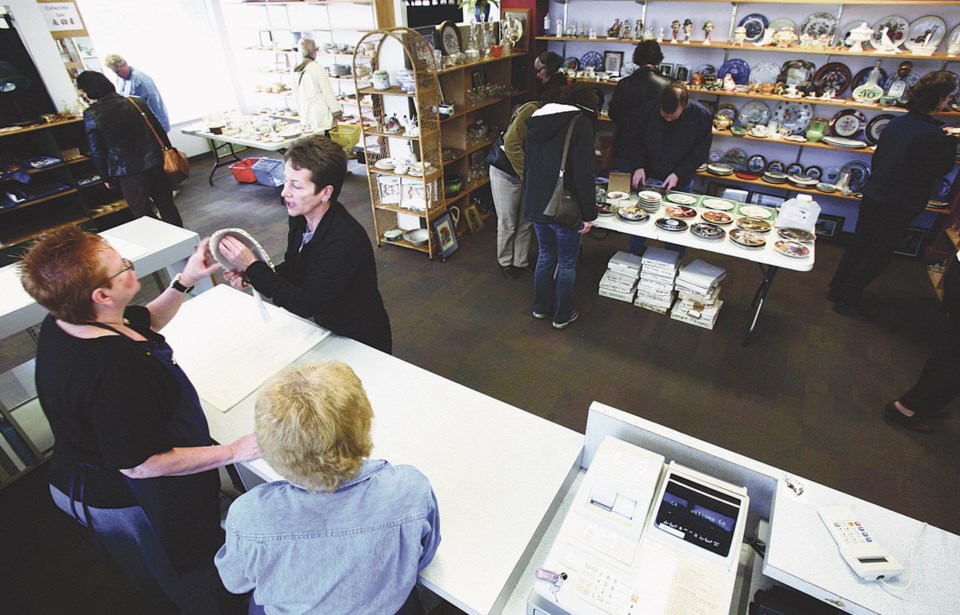 The Delta Hospice thrift store has been closed for a few weeks and is undergoing renovations.Delta Optimist file

The City of Delta is prepared to strip the Delta Hospice Society of the tax-exempt status for the society’s fundraising thrift shop.

A motion unanimously approved by council Monday will see the city notify the society’s board that the store will lose its tax exemption if the DHS constitution is changed in such a way that membership becomes restricted.

Council also agreed to support efforts to maintain Delta Hospice services in the community and keep it as secular.

The city’s move comes following a successful petition by several Delta residents in B.C. Supreme Court to block a special society meeting that had been scheduled for this week to ask the membership to amend the society’s constitution to make it Christian-based.

The society’s board, which opposed to offering medical assistance in dying (MAiD) at the Irene Thomas 10-bed hospice in Ladner, has been criticized for rejecting membership applications of many Delta residents who are opposed to the board while “stacking the deck” by only allowing supporters to become members.

Mayor George Harvie at Saturday’s community rally at Paterson Park for Delta Hospice, announced that due to concerns the thrift store on 56th Street in Tsawwassen could be sold, he would bring forward the motion to strip the store of its tax-exempt status for 2021.

“We will not tolerate losing the opportunity for choice in our precious Delta Hospice,” Harvie said.

Noting the province will be asked to audit the society’s finances and Fraser Health will be asked to conduct regular inspections of the facility to investigate staff concerns, Harvie also said it’s important for the community to regain control of its hospice.

“Let’s all work together to get those memberships up. And, I just have the following for the current board and Angelina Ireland: do the right thing, resign on Monday,” he added.

In response to Harvie’s comments, DHS board president Angelina Ireland said if the society’s thrift store was sold, the tax exemption to the society would end regardless.

If the building was sold to a charity and funds were used for public service to the community, a new owner would make an application to the city, which is the usual process to receive a tax exemption, she said.

Noting the store has been closed as a result of COVID-19 and is currently undergoing renovations for a July opening, Ireland said the funds from the Charity Shoppe support the community program, providing care at home and in the Harold and Veronica Savage Centre for Supportive Care.

“Patients, family and friends access information, cancer and treatment related resources, lending library, counselling, help in navigating the health care system throughout the journey of illness and vigils, so people do not need to die alone,” she told the Optimist. “Day and evening support programs are available to help people maintain a sense of wellness and resilience. A wide range of bereavement support is provided for people who are grieving from sudden death, MAiD and an expected death.

“If the Mayor and Council do not think the Delta Hospice Society is worthy of receiving a tax exemption, the only people that will be hurt are the people who need the services and do not have to pay.”