City of Delta on hook for high-rise communication safety upgrade

Delta has to pay for better emergency communication equipment at the 37-storey structure
Mar 15, 2021 10:30 AM By: Sandor Gyarmati 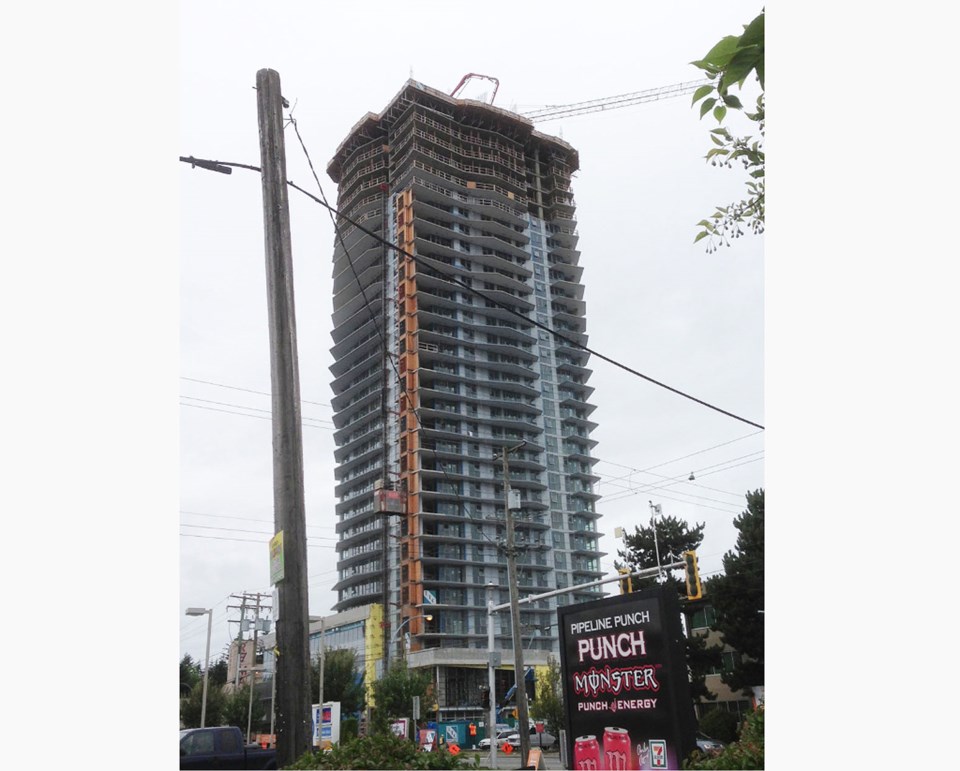 In addition to the antenna, there will be other E-Comm radio amplification equipment installed in the common areas of the Delta Rise.Sandor Gyarmati/Delta Optimist

The City of Delta has to to dig into its own pocket to ensure its first skyscraper is safer for first responders.

Council, at its March 8 meeting, agreed to enter into an agreement with the strata of the Delta Rise building, located at the corner of Scott Road and 80th Avenue, in the amount of $194,366, which would cover the costs for the design and implementation of a radio amplification system.

The cost will be paid by Delta.

In February 2020, council agreed the building needed to be made safer for first responders to communicate in an emergency.

That followed the Mayor’s Public Safety Committee being told that a review was undertaken of emergency response events and radio communication challenges at the Delta Rise.

An earlier civic report notes, “Large buildings and new energy efficient construction methods can negatively impact radio communication for first responders. This creates a safety issue, both for the first responders and for the public who require emergency assistance.”

In order to support the safety of the public and emergency responders, buildings that did not meet the minimum standard delivered audio quality prior to the amendment being adopted were to be retrofitted at the expense of the city, the committee was told.

At council’s meeting last week, Coun. Dan Copeland, Delta’s former fire Chief, said that while the building was under construction, proper testing wasn’t able to be done to determine if the right emergency communication system was in place.

He asked how the city can ensure the same thing isn’t repeated.

City manager Sean McGill said there were “lessons learned” from the Delta Rise project and staff will work to “capture these types of issues up front” when it comes to high-rises and other multi-family developments.

Mayor George Harvie pointed out that the bylaw has since been amended so that future buildings will be required to meet the standards at their expense.

Coun. Lois Jackson, who was mayor when the Delta Rise was approved and constructed, agreed, saying, “This was a bad thing, and we missed it.”

Council last February approved a design/build contract award to Cartel Communications Inc. to undertake the work at the Delta Rise.

A recent staff report notes implementation of the E-Comm radio amplification system had been delayed due to difficulties in securing the rights to have Cartel working on behalf of Delta to undertake work on property owned by the developer and or the strata.

“The radio amplification system components are intended to be installed in the common areas of the Delta Rise owned by the Strata, while the antenna was intended to be located on the roof owned by Marshall Mountain Telecom, a company owned by the developer. After many months of discussion with both the Strata and Marshall Mountain Telecom, a resolution to working on property not owned by Delta has been secured,” the report explains.

The cost to install the system has risen by $16,864 since last year.