The city has received an application for a new six-storey mixed-used development with 84 condominiums on a lot fronting the North Delta Inn site.
Nov 29, 2020 4:05 PM By: Sandor Gyarmati 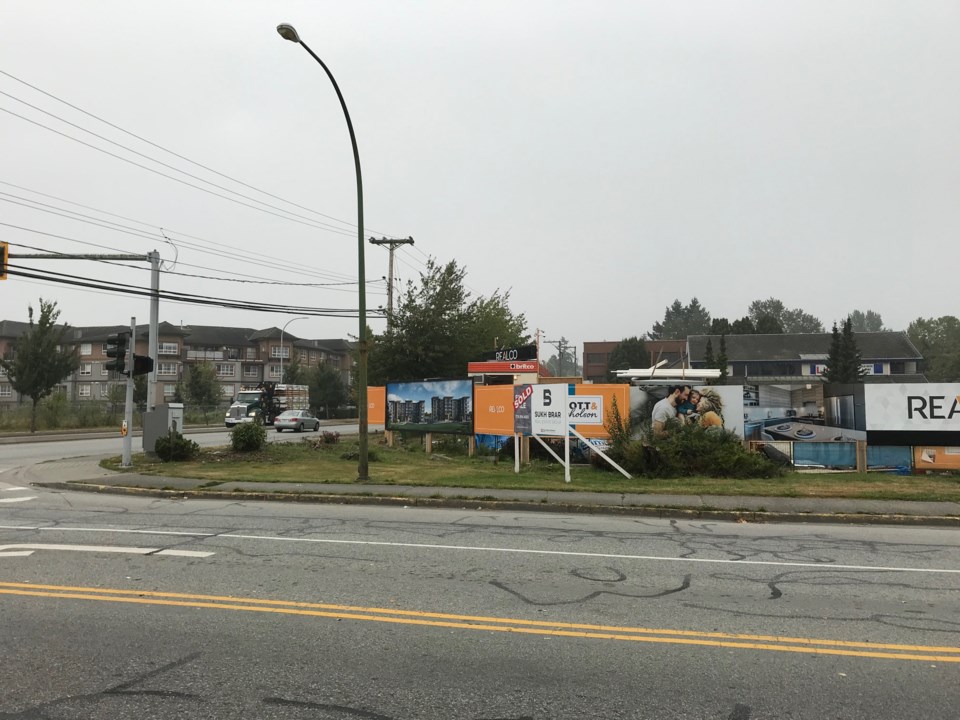 Located by the Scottsdale Mall, the North Delta site was once occupied by a Husky gas station.Sandor Gyarmati

The city has received an application for a new six-storey mixed-used development with 84 condominiums on a lot fronting the North Delta Inn site.

Formerly occupied by a gas station, the empty lot at the corner of 70th Avenue and Scott Road had sat vacant for several years but was recently sold.

A planning department report notes the property has an Official Community Plan designation intended for multiple-family residential as the primary use and retail and office commercial, recreation, cultural, public and open space as secondary uses, although commercial use is optional.

Based on the size of the property, the maximum number of units permitted under the designation would be 102 units.

The report also notes that the Mayor's Housing Task Force for Scott Road identified that area of Scott Road as mainly residential, up to a maximum of six storeys, with some neighbourhood commercial.

The owner intends to retain ownership of 20 of the units for market rental housing, while the remainder would be market strata units.

Most of the vehicle parking would be in three levels below the building, along with dedicated space for bicycle parking. Nine parking spaces at grade are proposed for the commercial space.

The application is at a preliminary stage and aspects of the proposal may change in response to a detailed staff review and council or community comments, staff note.

A condo complex is currently under construction next door.

Meanwhile, as far as the North Delta Inn site, a high-density residential development application for that vacant property is also expected to be submitted in the coming months by that property owner.

The owner had been waiting for the final recommendations of the Scott Road task force before proceeding.