Cops for Cancer hits close to home for Delta officer

Jeremy Pearce will have extra motivation when he jumps on his bike for the Cops for Cancer Tour de Valley this September.
Jun 17, 2019 2:05 PM By: Ian Jacques 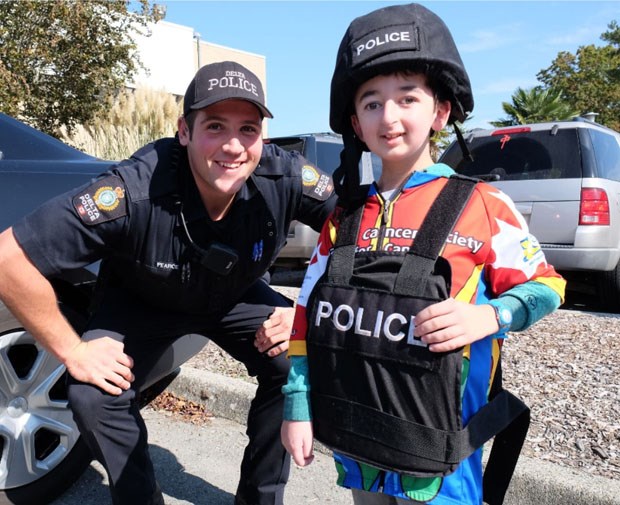 Jeremy Pearce will have extra motivation when he jumps on his bike for the Cops for Cancer Tour de Valley this September.

The Delta police constable, who is participating in the annual fundraiser for the first time, is not only riding for the kids, but for his mom.

“It’s something I always wanted to do. This year my mom is battling cancer and it’s unfortunately at the stage where it’s terminal,” said Pearce. “Seeing the pain that she is going through and the difficulty that it has caused our family, I can only imagine how much more difficult it would be for a young kid. I can’t fathom that. Seeing these kids battling this same illness… it’s just not fair.

“This is my little way to give something back. My mom lives in Ontario, so aside from the phone calls and messages of support I can send her, I felt detached from her situation, so this is a way that I can help fight with her and give her a little more motivation to fight longer.”

Between now and the ride, set for Sept. 18 to 29, many of Pearce’s off days will be spent either training or fundraising.

“Prior to signing up for this I probably hadn’t been on a bike for 10 years,” he quipped. “Last Sunday we went on a training ride through Langley and Abbotsford, about 88 kilometres total. We finished at a community park and met with eight families of our junior riders, so kids who are battling cancer and their families. We had a barbecue, played some games. It was a good chance to get to know these kids personally and why we are getting on a bike for 11 days.”

Pearce has already raised $2,000 through the help of co-workers and great family and friends as well as some stationary cycling at the Vancouver Giants playoff games.

On July 12 to 14 he will be at the Thrifty Foods in Tsawwassen suspended high up in a scissor lift for 50 hours to raise money and awareness. Further details on that fundraiser will be available soon.