Delta council has approved a plan by Gateway Casinos to remove 45 trees from the site of its new casino on Highway 17A subject to providing 225 replacement trees.
Jun 5, 2020 8:05 PM By: Ian Jacques 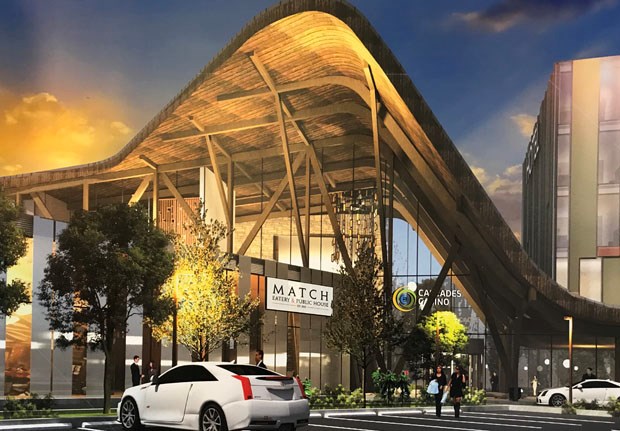 Delta council has approved a plan by Gateway Casinos to remove 45 trees from the site of its new casino on Highway 17A subject to providing 225 replacement trees.Optimist file

Delta council has approved a plan by Gateway Casinos to remove 45 trees from the site of its new casino on Highway 17A subject to providing 225 replacement trees.

In January, Gateway attended a council workshop to provide an update on the building design, hotel partner and construction timeline of the Delta Casino and Entertainment complex. During that workshop, staff noted an arborist was re-evaluating several trees on the property following a December windstorm. This included a large hedgerow of Lombardy Poplar trees along the west property line as well as several Scots Pine and Weeping Willow trees that were intended to be retained in Gateway’s original landscaping plans.

A revised arborist report, received by Delta in April, says that due to their poor condition, structural root decay or high-risk of failure, 45 trees originally to be retained, are recommended for removal.

Delta staff is proposing to apply a 5:1 replacement ration, due to there being a tree retention covenant on the subject property for the 45 trees to be removed, which would result in the planting of an additional 225 replacement trees on site.

These replacement trees are on top of the 282 trees already in the original landscape plan for the site.

Delta retained BC Plant Health Care Inc. to conduct a peer review of the arborist report, which substantiated the recommendation to remove the 45 trees.

BC Plant Health Care Inc. also recommended that 21 additional trees designated for retention in the original landscaping plan also be removed due to their condition, but as of yet, Gateway has not applied to remove those trees and would have to come to council in the future to get approval to do so.

Coun. Jeannie Kanakos called the removal of the trees a “very troubling situation.”

“Looking through the photos from the arborist attached to the report, mounds of top soil pushed up against the tree when they built the trench, missing the tree fencing…when I saw these it almost looks intentional, so I wonder how this could be happening,” she said. “I’m just grappling with this. It is not sitting with me very well.”

Kanakos went onto question the validity of the arborists’ reports, to which staff assured her that all the reports were validated and that staff was comfortable making the recommendation to council to remove the trees.

“It’s just a shame because these Lombardy Poplars are a feature of the agricultural community and even though they haven’t been declared a heritage feature, they certainly do play that role in the community,” added Kanakos. “I’m disappointed in Gateway. The 5:1 is considered a punitive action taken by Delta towards Gateway because of breaching the covenant am I correct on that? If public safety was not at risk, I don’t think I could support this.”

Planning director Marcy Sangret said in Delta’s current tree bylaw, it states that if trees were damaged in contravention of the bylaw, the replacement ratio should be 5:1 where typically it would be 2:1 if someone was removing a tree with a permit.

Coun. Lois Jackson said she was comfortable with the plan.

“You know what a stickler for trees I am,” remarked Jackson. “We have not only had a detailed report from Gateway, but also one from our own arborist. If you look at the trees and you see the condition they are in, I’m surprised we have them under covenant.”