Delta, B.C. blueberry growers could be 'thrown under same bus' with other nations

About two dozen Delta growers could be impacted by potential U.S. tariffs
Jan 9, 2021 7:00 AM By: Sandor Gyarmati 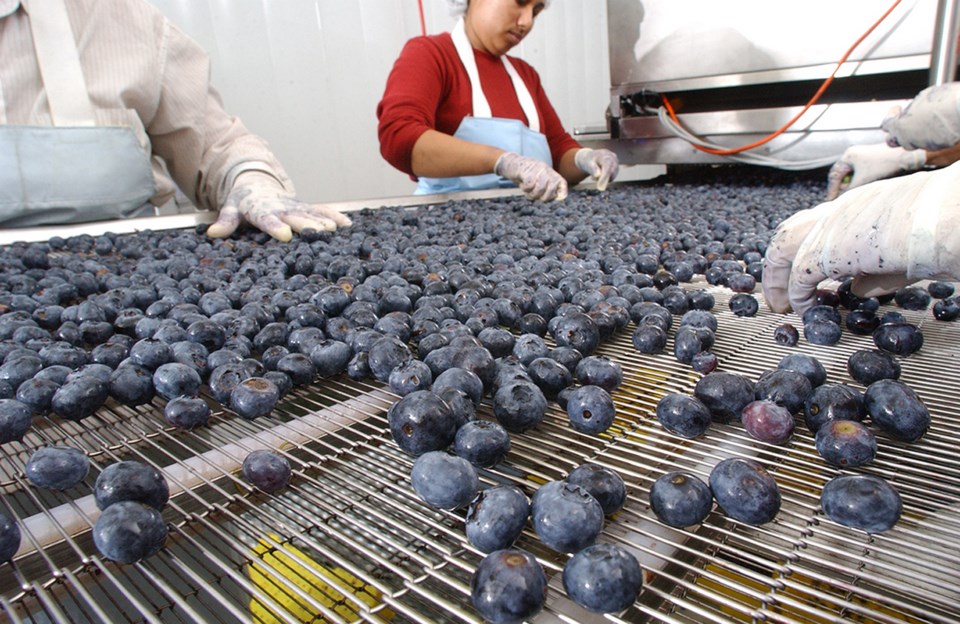 The investigation in the U.S. will examine the impact that imports are having domestic blueberry producers, which could result in tariffs or other penalties.B.C. Blueberry Council

It could be a major blow for Delta and B.C. blueberry growers as they face potential tariffs or quotas trying to export to the U.S.

The International Trade Commission (ITC) is now investigating whether blueberries imported into the U.S. are seriously harming American producers.

B.C. Blueberry Council chair and Delta farmer Jack Bates said the crop is one of B.C.’s biggest exports with over 90 per cent grown here exported to the U.S.

“We’re a small country, but I can see the concern by American growers. Our production hasn’t changed much, but where they’re getting their pressure from is from Mexico, Peru and some of the other South American countries,” said Bates. “Peru is especially putting a lot of pressure on the Florida and California blueberry growers, so, basically, Canada is being thrown under the same bus.”

Bates noted a decision could be handed down by June.

Delta South MLA Ian Paton, the Liberal agriculture critic, said the possibility of tariffs, despite a free trade agreement, is a huge concern for local growers.

“It’s very serious. I’ve already had a group of blueberry farmers approach me that want to get together for some serious talks about the blueberry industry in general,” said Paton. “Canada, I believe ranked fourth in imported blueberries into the United States. Peru was first followed by Chile and Mexico.

“They will individually look at each country to see what affect they have on the blueberry industry in the United States. It’s certainly increased over the years.”

United States Trade Representative Robert Lighthizer last fall issued a request to the ITC to initiate a Section 201 global safeguard investigation into the extent to which increased imports of blueberries have caused serious injury or threat to domestic blueberry growers.

The report, among other actions, noted a request would be made to the ITC to initiate the global safeguard investigation into the extent to which increased imports of blueberries have caused serious injury to domestic growers.

Last week, Delta North MLA Ravi Kahlon, Minister of Jobs, Economic Recovery and Innovation, and Lana Popham, Minister of Agriculture, Food and Fisheries, responded to the ITC’s global safeguard investigation into the imports of blueberries to the U.S.

They noted that the majority of Canada’s exports of fresh blueberries to the U.S. originate in B.C and approximately 800 B.C. growers are facing a U.S. trade investigation that could impact their livelihoods.

The province is working in partnership with the B.C. Blueberry Council and the Government of Canada to defend the industry, they said, adding that the province is contributing funds to the federal government for economic research to strengthen Canada’s legal strategy.

Bates, who’s also a member of the DFI, wrote to Delta council also conveying support for the application, saying farmers will not be able to compete without more processing and storage facilities.

He said the B.C. blueberry industry is rapidly growing with more than 600 growers and nearly 30,000 acres planted, and approximately 150 of those growers are from the Surrey, Delta and Richmond areas.