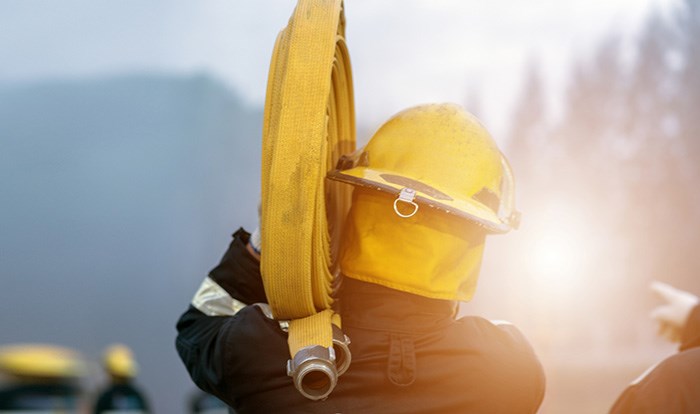 There has been a long-standing agreement in place between Delta and Whatcom County when it comes to additional help for emergency calls in Point Roberts.Getty Images

It’s a valuable relationship their nearby southern neighbors never take for granted.

Delta fire and police responded to last week’s tragic single-vehicle crash in Point Roberts that claimed the life of a 19-year-old male. The accident occurred at the intersection of Roosevelt Way and Bayview Drive at the Maple Beach seawall, just steps away from the Canada/US border.

“One of their off-duty firefighters called them in. Obviously it was right on the border so Canadians heard it, US people heard it and everybody was calling 9-1-1,” explained Point Roberts Fire Chief Christopher Carleton. “So Delta was dispatched as well and they were able to walk across the border by that side of the Boundary Bay area.”

On this night, Delta’s emergency services responded without a request, but their efforts reflect a long-standing agreement that has been place between Delta and Whatcom County.

On the odd occasion Point Roberts does need help on emergency calls, Delta will be there and it even requires a stop at the border for additional equipment.

“Point Roberts Fire would request Delta Fire or emergency services through their dispatcher who would then make the request to E-Comm,” explained Delta Fire Chief Guy McKintuck. “E-Comm would then dispatch us. At the US Customs and Border protection building, we are given a set of fire hose adaptors and radios. The threads on our fire hoses are different and they are not on our E-Comm radio system.”

According to Carleton, the request for Delta’s assistance doesn’t happen often for his community of about 1,000 residents.

“It’s usually when it’s something our extrication tools can’t handle or when we need heavy lifting capability when we would be requesting Delta to come over with their heavy rescue,” he said. “We may have one structure fire a year where we need assistance due to a personnel or environment issue that is being presented to us.”

The car crash victim was flown to Peace Health St. Joseph Medical Center in Bellingham via Airlift Northwest, a service that Carelton says is utilized “one or two times a month” when residents need medical attention in a more urgent fashion.

“It’s extremely valuable to my community when we are in situations that we need a quick response for support apparatus, quicker than we can gain it from the county, and Delta Fire is there for us. I value that relationship greatly with Delta Fire, BC Ambulance, Delta Police and whomever else might be involved,” he said.

“It’s a relationship I value greatly and want to continue into the future because its value for my community and the community of Tsawwassen in case there is something big that could cross over the border. We do our best not to abuse that relationship as well and request them for assistance only when it’s absolutely necessary.”