An Official Community Plan amendment is not required for the high-rise proposal as the application complies with the North Delta Area Plan
Jun 7, 2021 7:00 AM By: Sandor Gyarmati 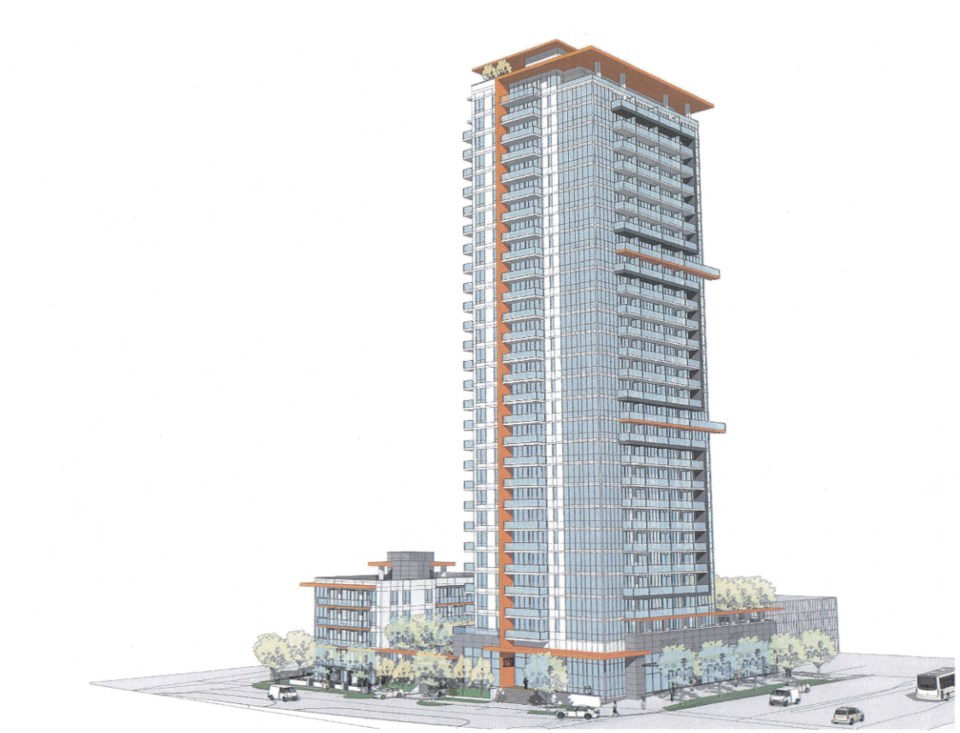 If approved, the application by Penmat Mana JV [Delta] Ltd. would become the city’s second skyscraper.City of Delta report

A public hearing will be held Tuesday (June 8) for residents to have their say on a proposal to build another high-rise in North Delta.

The residential and commercial development would be comprised of 264 units in the residential tower with ground floor commercial space, a daycare as well as a six-storey, 50-unit rental building.

The development proposal also includes a negotiated community benefits package including the provision of 50 secured rental dwelling units, of which 10 units would be provided at below-market rates.

The site is located within the so-called Townline Neighbourhood, which calls for higher density residential development along that northern stretch of the corridor.

Delta council last month, in a narrow 4-3 vote, allowed the application to proceed to a public hearing

At that meeting, Coun. Bruce McDonald, noting the application is in compliance of what’s been envisioned for the area, said while the city has received letters in opposition and a petition, he’s not convinced there’s “overwhelming opposition” due to notifications having been sent to all North Delta residents.

The public hearing will held on Tuesday, June 8 at 4 p.m., via ZOOM, and can be viewed on the city’s website at https://www.delta.ca/.