Delta lowered its fire danger rating to moderate Monday following the recent rainfall and a drop in temperatures. The municipality also announced the reopening of the previously closed parks.
Jul 27, 2015 1:43 PM By: Jessica Kerr 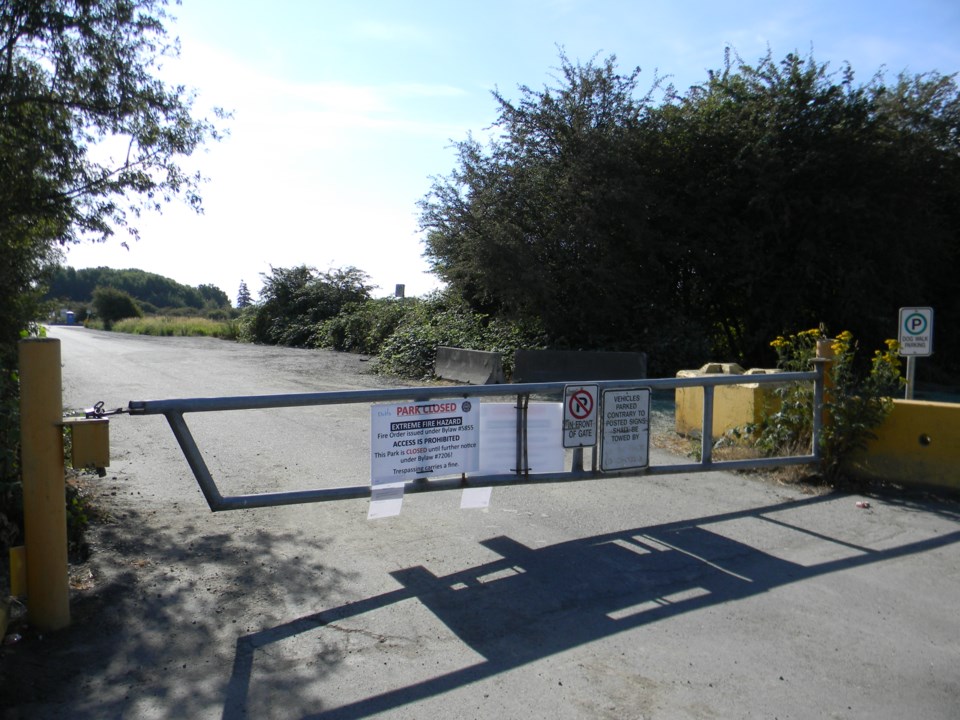 Delta Monday re-opened the five parks closed earlier this month due to the extreme fire danger rating after lowering the rating to medium.

Delta lowered its fire danger rating to moderate Monday following the recent rainfall and a drop in temperatures.

The municipality also announced the reopening of the previously closed parks.

In early July, with no end in sight to the stretch of unseasonably hot, dry weather and the fire danger rating at extreme, Delta closed the five parks — Boundary Beach, Watershed, Cougar Canyon, North 40 and Delta Nature Reserve.

The open burning ban is still in effect, even with the lower fire danger rating, and the region is still under stage 3 watering restrictions.

Last Tuesday, Metro Vancouver announced the move to the next stage of water restrictions.

Under stage 3 regulations, lawn sprinkling is now prohibited, and treated drinking water cannot be used for sprinkling of any kind. However, residential vegetable, flowers, trees and shrubs can be watered by hand with a container, or by using a hose with a spring-loaded shut-off nozzle.

• Vehicle and boat washing is prohibited, except for windows, mirrors, lights, and licence plates for safety reasons.

• Residential swimming pools, hot tubs, and garden ponds may not be refilled or topped up.

• Golf course fairways may not be watered. Only minimal watering is allowed for greens and tee areas.

• Water play parks can only be operated with user-activated switches as in the Plan's second stage.

• Power and pressure washing, and washing any outdoor impermeable surfaces is only allowed for health and safety purposes.

• Water exemption permits, such as those under Phase Two for nematode treatment and new lawns, are cancelled.

Earlier this summer, Delta council moved to beef up enforcement around water restrictions with a bylaw amendment giving bylaw officers the power to issue tickets to those sprinkling outside their designated day and time.

The fine for watering outside the allotted day and time under stage 3 restrictions is $400.