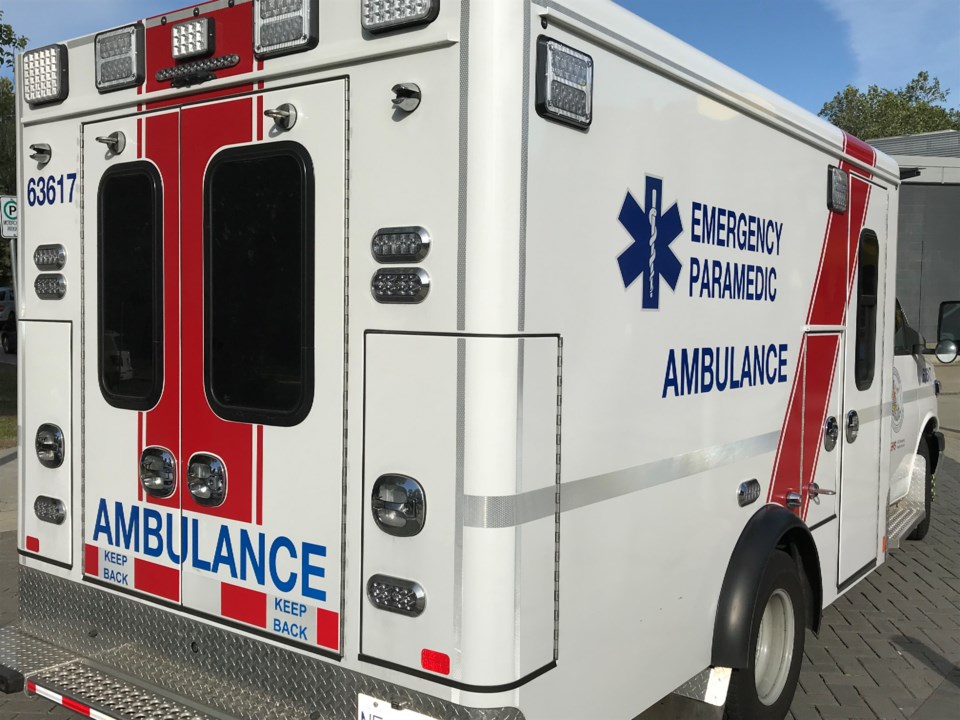 The provincial health officer directed firefighters to only respond to the most life-threatening medical calls during the pandemic.Sandor Gyarmati

In a letter to 13 other regional mayors regarding a message to the Ministry of Health and the provincial health officer, Harvie said he’s pleased they received a positive response.

Harvie noted Dr. Bonnie Henry and ministry representatives have given assurance that the protocol changes announced March 31 are only temporary, designed to ensure effective management of personal protective equipment and reduce the exposure of COVID-19 for first responders.

In addition, due to the overall declines in call volumes, B.C. Emergency Health Services had been able to provide timely care for citizens during this period, he said.

“Through our united advocacy efforts, an ongoing dialogue has been established between the Ministry of Health the Fire Chiefs’ Association of British Columbia, and the British Columbia Fire Commissioner. This group is meeting weekly to address outstanding and emerging issues and has already facilitated the return of some calls to the dispatch protocol,” wrote Harvie.

It’s been a contentious issue since 2015, when Delta rolled out a new program to provide enhanced medical aid by firefighters who received additional training.

Changes to 911 protocols a couple of years ago included calls being directed to and controlled by B.C. Ambulance, resulting the fire department only notified about medical calls in certain cases.

The issue was discussed in resolutions brought forward at the last Union of B.C. Municipalities convention.