On Monday morning, Delta police Deputy Chief Norm Lipinski and Chief Neil Dubord issued the following public statements. The following is authored by Norm Lipinski, Deputy Chief Constable and distributed on his behalf by the Delta Police Department.
Jun 29, 2020 7:30 AM By: Delta Optimist 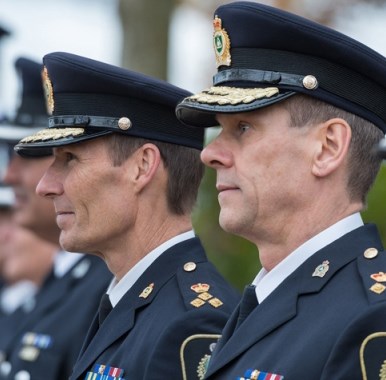 The following is authored by Norm Lipinski, Deputy Chief Constable and distributed on his behalf by the Delta Police Department.

On June 7, 2020, the Delta Police Department received a complaint from a member of the public alleging an assault by a woman who was later identified as Chief of Police Neil Dubord’s spouse.

We take any and all complaints from the community very seriously. This incident is no exception. As soon as we were made aware of the complaint, and in accordance with our policies, procedures, and established practices, we began our investigation. Given his proximity to this issue, Chief Dubord recused himself from any involvement in the investigation.

As an additional measure of oversight, the Delta Police Department elevated the investigation to a supervisor. Further, a senior manager was assigned to oversee the investigation and to ensure that all proper procedures were followed. This level of oversight is not standard practice, but I felt it was required given the nature of the matter.

On completion of that investigation, the outcome was communicated to the Complainant. During that discussion, the Complainant indicated that she was not satisfied with the conclusions. Per best practices, the Department immediately asked the RCMP as an independent authority to conduct a file review and to take any other investigative steps they deem warranted. That investigation is underway; the Delta Police Department will have no involvement in that independent review.

The Delta Police Board has scheduled an open meeting on Tuesday, June 30, at 9 a.m. We encourage members of the community to submit any questions or concerns they may have to media@deltapolice.ca.

Out of respect for the integrity of the ongoing investigation, and all of those involved, the Delta Police Department is unable to provide any further information related to this matter.

The following is authored by Neil Dubord, Chief Constable and distributed on his behalf by the Delta Police Department.

I feel that it is important that I speak directly to our community regarding an important matter.

On June 7, 2020, our Department received a complaint from the public, alleging an assault by my partner. I want to say unreservedly that the matter at hand in no way reflects the values and commitment to the community of the officers of the Delta Police Department, nor my own values. Out of respect for our office, I also feel that it is important to note that the complaint does not involve a member of the Delta Police Department.

I want the community to know that I have not been involved in any way with the resulting investigation. I have confidence in the Department that no matter who is involved their commitment to integrity and to our community is the first priority. I understand that the investigation has been handed over to an independent police department, I believe that this is important to ensure that the community can remain confident that this matter is investigated thoroughly and acted upon properly.

Transparency and accountability are essential in maintaining and building trust with the community.  Given the recent, meaningful and important discourse taking place around systemic racism, discrimination and violence in North America, I understand that transparency and trust are critically important – especially from those in the police department. That is why I felt it is important for me to issue a public statement.

As we look forward, it is my duty as Chief of Police and, indeed the responsibility of the entire Department to continue our efforts to exemplify the excellence in policing that our community expects from us. But I also recognize that I personally, and our Department need to continue to listen, learn, and improve.

Given my personal proximity and out of respect for the Complainant and the ongoing investigation, I will not be speaking further on this matter.