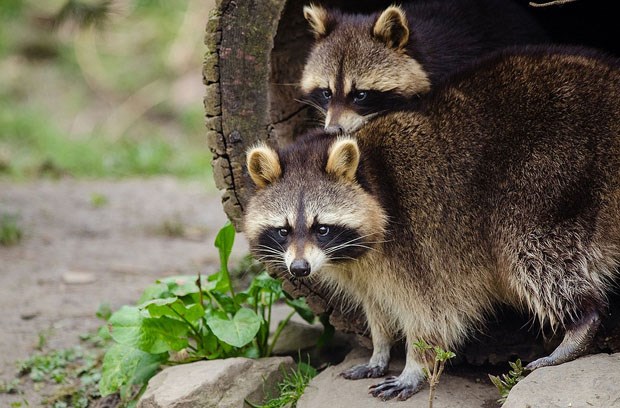 The Fur-Bearers, a B.C.-based wildlife non-profit, last month called on the City of Delta to prohibit the use of dangerous animal traps after a raccoon (not pictured here) was caught in a foot-hold trap in Ladner.Pixabay

The Fur-Bearers, a B.C.-based wildlife non-profit, last month called on the City of Delta to prohibit the use of dangerous animal traps after a raccoon was caught in a foot-hold trap in Ladner.

According to The Fur-Bearers, the raccoon was found in the area of 46A Avenue, dragging a foot-hold trap for days. The raccoon was emaciated, dehydrated, and had a visibly broken leg. The animal was humanely euthanized by Critter Care Wildlife Society.

“We don’t know who set this trap or why they set it, but we do know they caused a great deal of suffering for at least one animal,” said The Fur-Bearers spokesperson Michael Howie in a news release.

Howie, who sent a letter to city council, said Canadians and researchers have become increasingly aware of the importance of all wildlife in an ecosystem, while they also continue to hear from those who had no idea foot-hold traps were legal. The organization notes the traps also pose risks to dogs and cats, children, as well as any animal that encounters them.

“Trapping is a provincially regulated activity. However, municipalities can regulate traps within their communities and some B.C. municipalities have chosen to enact bylaws restricting trap usage,” Howie wrote to mayor and council.

However, a lengthy response memo from bylaw staff threw cold water on that suggestion, noting trapping in B.C. is regulated by the province under the Wildlife Act and that a variety of trapping methods are allowed, including the use of leg hold traps. However, there are restrictions, including prohibiting the use of a leg hold trap within 200 metres of a dwelling. Farmers wanting to stop nuisance wildlife have the same restriction, require written permission of a property owner and traps must be checked every 24 hours.

The memo also states a prohibition on leg-hold traps would be a significant hardship to farmers.